You are here:
GardensGermanyHesseNorth Hesse 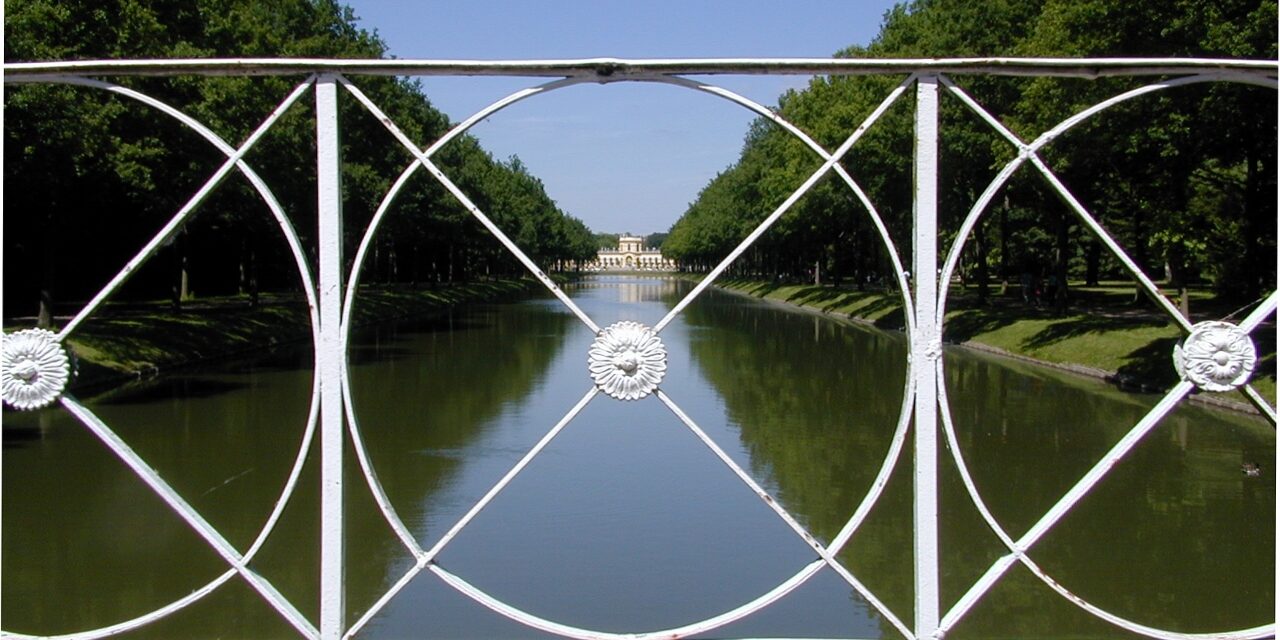 The large Baroque park initiated by Landgrave Karl (1654 – 1730) was laid out from 1680 onwards below the old residential palace of the landgraves of Hessen-Kassel. The fundamental components of the basic Baroque structure, comprising the three main paths radiating from the bowling green in front of the orangery, the large basin and “Siebenbergen” island, were retained when the park was redesigned as a landscape garden in 1785. As a result, it consists of an attractive mixture of Baroque elements, e.g. long straight avenues and canals, and effectively arranged “natural areas” made up of a variety of shrubs and groups of trees. The varied colours of the foliage create an impressive effect when the leaves change colour in autumn.

The botanical highlight of the park is “Siebenbergen” island at its southwest end. Redesigned by court gardener Hentze in 1822, it is a well-tended botanical jewel with a large variety of shrubs, herbaceous perennials, bushes and flowers which is worth seeing throughout the seasons. Two peacocks walk proudly through the vegetation.

The “marble bath” pavilion is located next to the orangery and is one of the most significant ornate rooms of German Baroque architecture, featuring sculptures and reliefs of outstanding artistic quality.

The park in the Fulda river plain began life in the 16th century as a prince’s garden below the residential palace of the landgraves of Hessen-Kassel. The first small Renaissance garden, known as the “Moritzaue”; had a regular structure as well as arbours and a pleasure house. It was located on the site of the “Hessenkampfbahn”, the present sports ground, which was opened in 1926.

The orangery, which boasts striking sophisticated architecture, was erected to the southwest of it from 1702 – 1711 and was used to house tender plants. In summer, it sometimes served as a residence for the princely court. Today the “Astronomical-physical Cabinet” section of the state museums can be found here along with a restaurant.

There is a fine view of the park from the orangery terrace. The former bowling green known as the “Karlswiese” stretches out in front of the building. It was redesigned in Baroque style for the Federal Garden Show in 1981 in a controversial undertaking. Since then, raised hedge cabinets behind balustrades have flanked both sides of the large clover-shaped lawn, a popular spot with visitors. The main oak-lined central avenue radiates out from the bowling green as do the two canals – the “Deer Trench” to the southwest, which evokes hunting pleasures of the past, and the “Kitchen Trench” on the other side. Both canals are similarly lined with oak trees. The “Kitchen Trench” still retains its Baroque form at the back of the park and is connected to the area of water around “Siebenbergen” island. The 6000m2 “large basin” is also Baroque in style and has many small semicircular inlets of similar shape and size. When the park was being re-landscaped around 1800, however, the banks of the basin were planted with typical shore plants such as willows, alders and poplars as a result of which its regular layout became concealed. The pavilion on “Swan Island” in the basin is particularly eye-catching.

The areas of park between the basic Baroque structures show evidence of its redesign as a landscape park from the end of the 18th century onwards. During this period, most of the characteristic components described by a contemporary in 1728 disappeared: ”There are high, well-formed spiral mounds of all kinds here and there – round, octagonal, square and in particular one at the end of the floodplain, which is constructed symmetrically of seven hills and ornamented with hedgerows and spruces.” In some places, remainders of the park’s older condition still exist, e.g. the rudimentarily restored “Chinese”, a clearing surrounded by an oval ring of vegetation in the middle of a dense, forest-like stock of trees and the “linden ring” and “riding circle”, which are large areas surrounded by circles of vegetation.

The landscape park as seen today dates back above all to William Hentze (1793 – 1874), who was court garden director for 40 years from 1822. He created alternating garden rooms and landscape scenes by planting borders of vegetation with a small number of deliberately created openings which enabled visitors to look through them to certain points. A large variety of solitary trees and groups of trees such as oaks, copper beeches, plane trees and linden trees populate the areas of grass and are carefully combined with contrasting conifers. Curved paths with selected trees connect the various areas.

Hentze paid special attention to the 2.5 hectare “Siebenbergen” island and devoted great care to it, turning it into a “botanical cabinet of rarities” which has survived to the present day and has since been expanded. His intention of “creating a flora of the fatherland here” by assembling “a large number of interesting and even rare plants” in a setting which approximates as closely as possible to their natural location, is still evident if one follows the three paths around the park. A guide to the plants helps visitors to become acquainted with the wide variety of special and rare plants, bushes, shrubs and flowers. A monument on the northern slope commemorates the director Hentze.

To the north of the park, the “rose slope” lies on the steep incline to Oberneustadt, the Baroque quarter of the town. Hermann Mattern (1902 – 1971) created this by landscaping the terrain which had resulted from rubble being deposited here after 1945. He laid out a terrace garden with roses and herbaceous perennials for the first Federal Garden Show, held in Kassel in 1955.

The street “Schöne Aussicht”, which was formerly known as “Bellevue”, runs above the slope almost as far as the “Frühstückstempel” (Breakfast Temple), built in 1815. It was regarded as one of the most beautiful residential streets in Europe until it was destroyed in the war. The Grimm brothers lived here for a time in the 19th century. 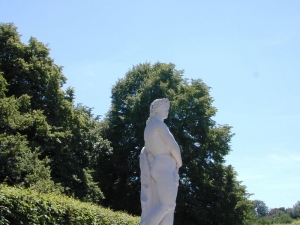 Events:
From 1. April until 3. October the Marmorbad close to the Orangery can be visited:
Tuesday – Sunday and on public holidays 10.00 – 17.00