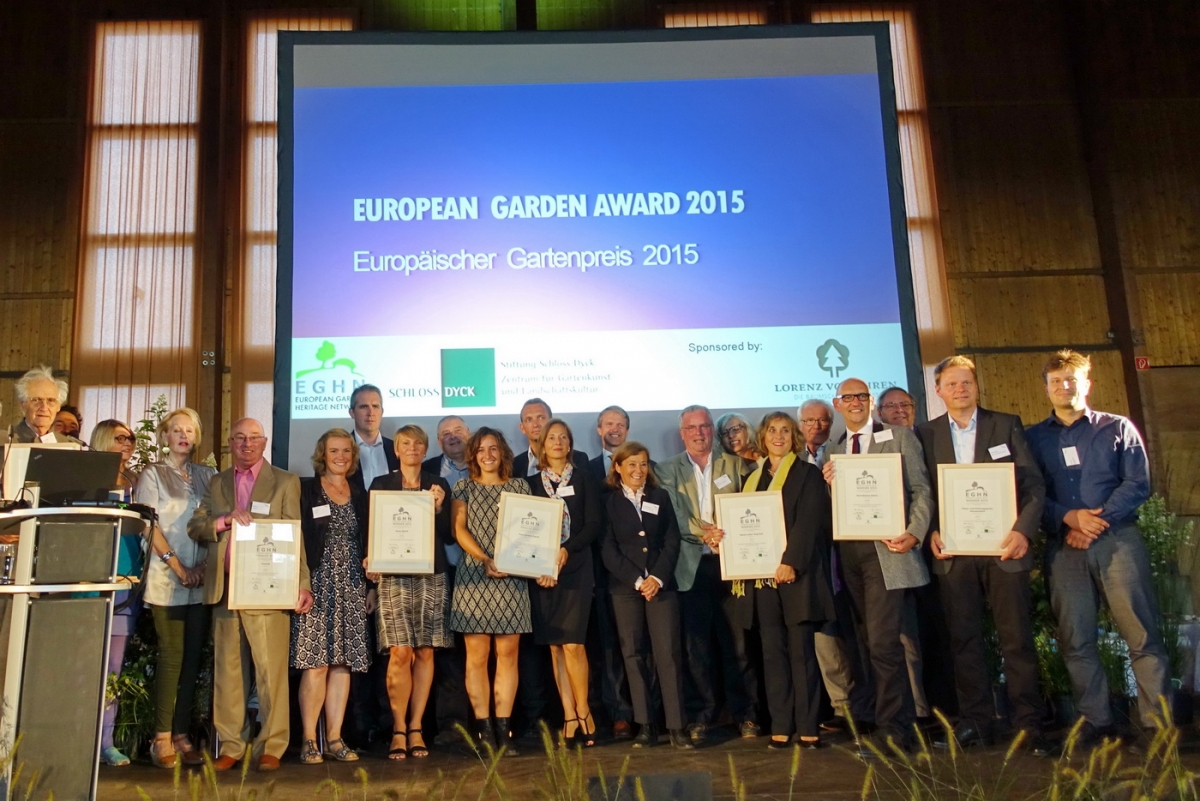 The ceremony of the 8th European Garden Award will be held on 15. September in Berlin, in the context of the International Garden Show, IGA Berlin 2017.

After the very successful event in Hamburg in 2015 (photo), on the occasion of the 150th anniversary of Lorenz von Ehren Nurseries, the organisers (Schloss Dyck Foundation and EGHN) were pleased and honoured to be invited to Berlin.

The IGA Berlin runs from 13th April until 15. October 2017 in the district Marzahn-Hellersdorf, in and around the “Gärten der Welt” (Gardens of the World).