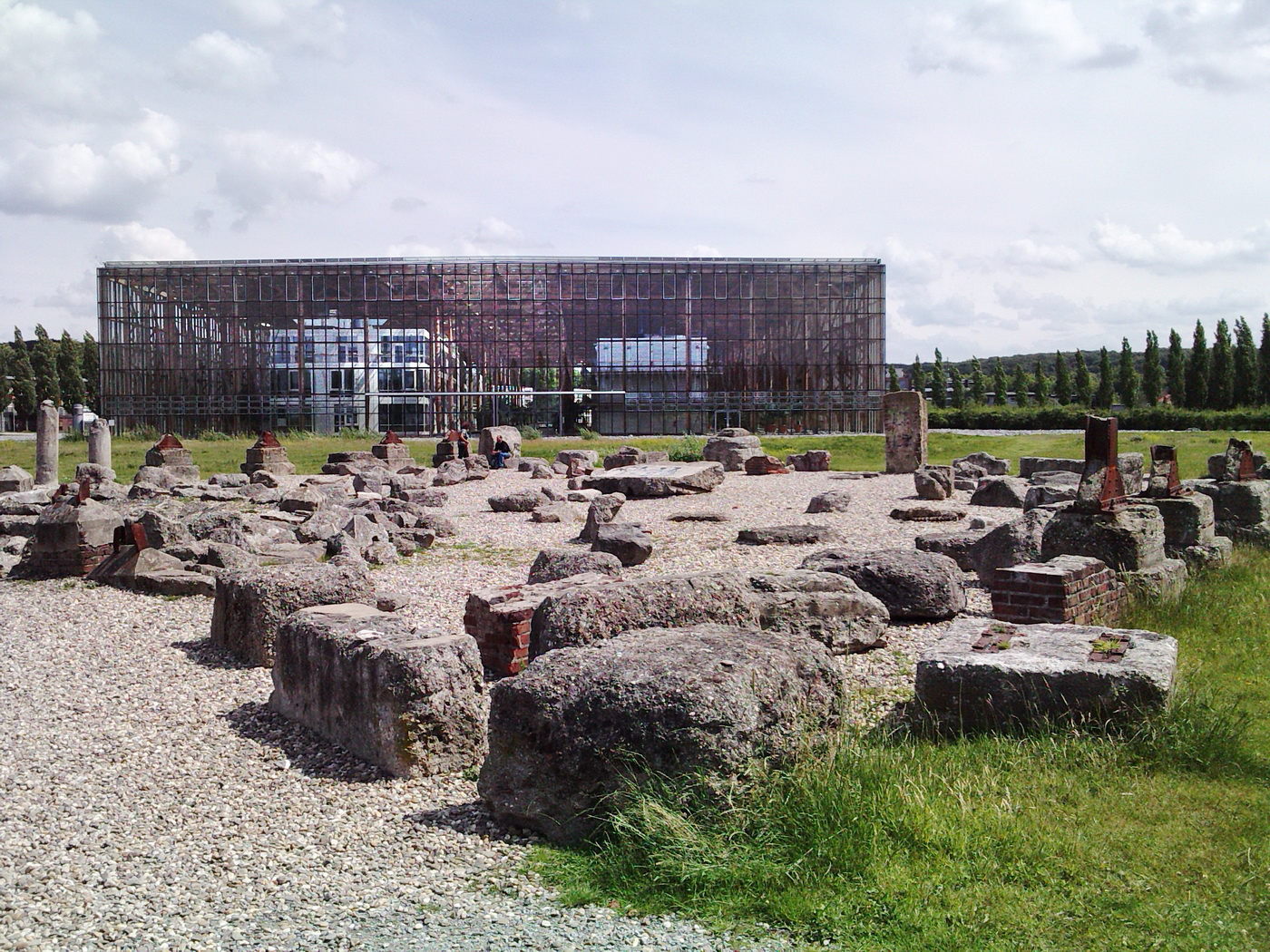 “Mont Cenis” is synonymous with pioneering technology. In 1871, the 14-km long tunnel through Mont Cenis in the Alps was opened. The colliery in Herne-Sodingen, which was founded in 1872, takes its name from this tunnel. Since 1999, the colliery has been the location of a spectacular building designed by Lyon architects Jourda and Perraudin.

The building is a 180-meter long, 75-meter wide and 15-meter high structure made of wood, steel and glass. It houses an academy for further education, a hotel, a library, a town hall and open spaces. This intelligent building uses waste heat, stores warmth, and generates energy.

A new town quarter and a park were also built beside the building: the academy is surrounded by trees and street lights in the form of an ellipsis. Some remains of the original colliery buildings have been preserved and vegetation has been allowed to grow spontaneously on the compounds. In other places, trenches prevent the rain from leaking into the polluted soil.

The service and industrial area Erin in nearby Castrop-Rauxel also provides new ideas. The (illuminated) winding tower of Erin colliery, which was founded by Irish investors in the 19th century, is Erin’s landmark. Company buildings and open spaces line the central axis with its green areas and waterways.

Since 1993, the Schwerin slag heap has been crowned by a sundial made from high-grade steel steles. This symbolic location defines physical development and time as a slow process. A “geocross” connects the sundial to the landscape. The materials from which the cross is made allude to the industrial age: pit poles, train sleepers and rails, and steel slabs.