You Are Here:Home / Bielefeld Art Gallery 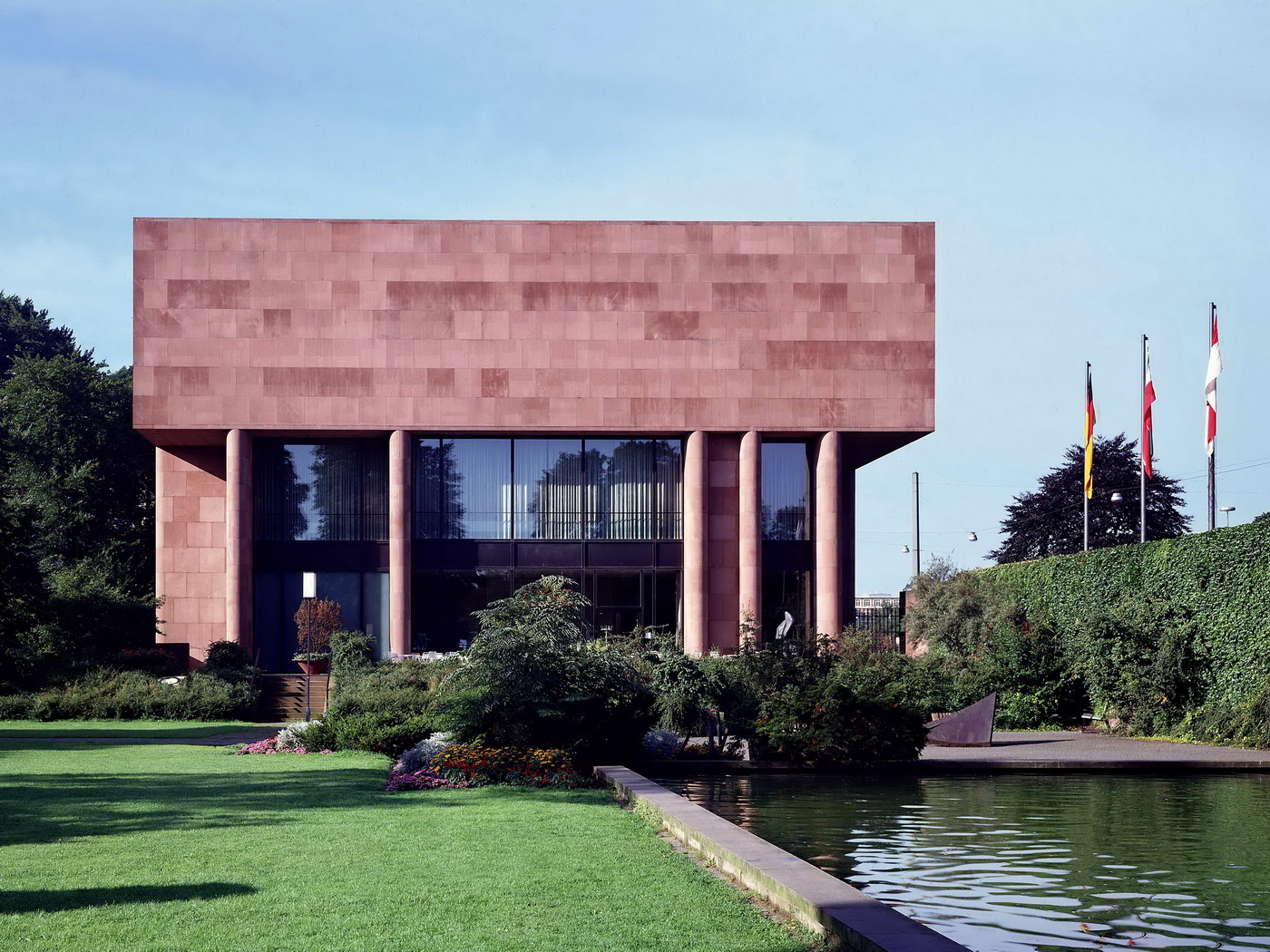 Bielefeld Art Gallery is dedicated to German and international art from the 20th and 21st centuries. As an architectural monument, it combines the functions of a museum with its own collection with those of an exhibition space featuring changing exhibitions on contemporary art, Classical Modernism and German Expressionism.

Built from 1966 to 1968 by American architect Philip Johnson, a pupil of Mies van der Rohe, it is the first evidence of his architecture in Europe and one of the most important museum buildings of the post-war period. The gallery provides space for the collection of the town of Bielefeld, the primary focus of which is Expressionist works by Beckmann, Heckel, Kirchner, Nolde and Schmidt-Rottluff. Cubist sculptures and groups of works by Max Ernst, Man Ray, Anselm Kiefer and Georg Baselitz form further points of emphasis. The museum garden with its outstanding sculptures invites the visitor to linger and a café with a pleasant garden terrace provides refreshments.

Standing in front of the building, it is possible to see the Sparrenburg (Sparren castle) in the distance. Built between 1240 and 1250 by the counts of Ravensberg, the castle was reconstructed several times. Although it was often placed under siege, it was never successfully stormed. Visitors can get a wonderful view over the city from the restored castle.

The Ravensberg spinning works (1857) was one of the largest flax spinning mills of Europe in the 19th and early 20th centuries. Today it houses the Historical Museum and the Arts and Crafts Collection/Huelsmann Foundation. Rochdale Park is located in front of the main building.