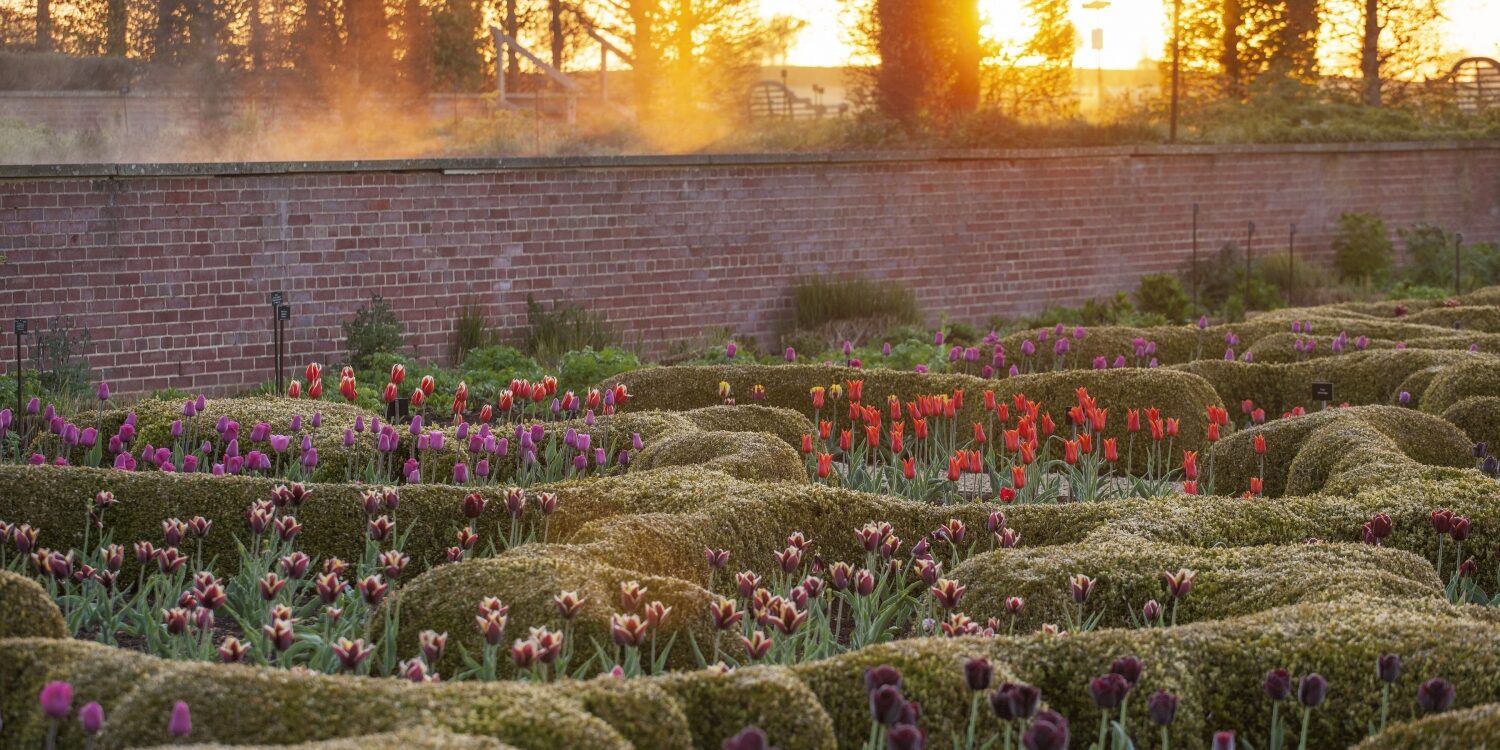 The gardens of Broughton Grange are beautifully set in 350 acres of parkland, farmland and open meadow, with planting that owes its origins to the Victorian era. The gardens include the Knot Garden, the Long Borders, the Yew Terrace and others. The recent gardens’ development started in the late 1990s and accelerated in 2001, when Tom Stuart-Smith was commissioned to transform a south facing field into a walled garden. Already now the garden, full of flowers and vegetables, appears to have been here for decades.

Three south-facing terraces were created, which share some features, but have their individual character. Although the garden has a formal structure it was conceived in relation to the Oxfordshire landscape.

From 2003 onwards, a significant arboretum has been planted, including a wide range of interesting species and cultivars. Overall, this diverse and interesting horticultural collection shows all the potential for being a garden of much significance in the future.