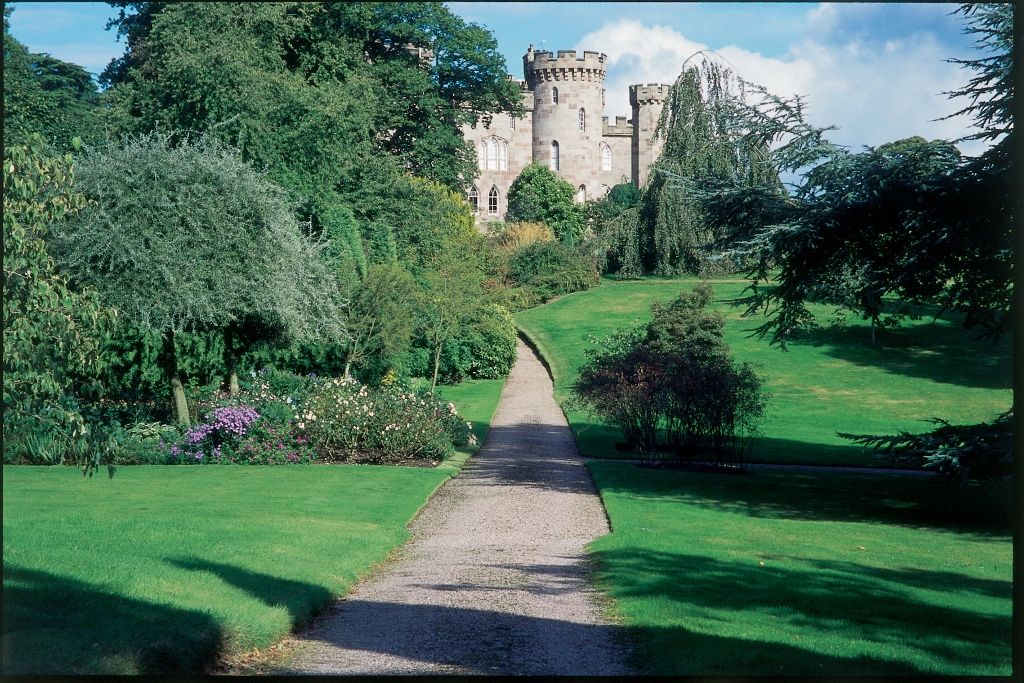 This spectacular hilltop castle and gardens are set deep into the south Cheshire countryside. Although the Castle itself is not open to the public, it contributes greatly to the beauty and appeal of the surrounding gardens. The gardens are vibrant and colourful throughout the year, ranging from vast swathes of daffodils in the spring to cherries and maples in the autumn.

Cholmondeley is most recognised for its impressive Temple Garden. Constructed late in the nineteenth century and renovated in 1955, its centrepiece is an irregularly shaped pool containing many giant Koi carp.

Other gardens include the Silver Garden, the Rose Garden and the Lily Pond garden all planted in the last 50 years, with the present owners particularly keen on improving the gardens. This diverse and dynamic landscape is a pleasure to visit in all seasons.

Set on top of a hill and surrounded by countryside that evokes a sense of peace and timelessness, Cholmondeley Castle and its gardens are one of the most beautiful sights in Cheshire. The building and its gardens enhance each other – with the castle providing a spectacular focal point and the gardens a superb setting for the stately home.

The castle (which is not open to the public) was built between 1801 and 1804 in a characteristically gothic style – with the fourth Earl collaborating with local architect, William Turner on the design. Between 1817 and 1819 the building we see today began to take shape, with the addition of the castle’s elaborate turrets – the final improvement was a further tower, which was constructed in 1828.

Visitors today can enjoy this wonderful hilltop location, together with wide lawns, specimen trees and beyond this a romantic and picturesque landscape.

Whatever the time of year, the gardens boast colour and interest – from the wide swathes of daffodils and the many varieties of magnolia, camellia, azalea and rhododendron in the spring, to the rich autumnal shades of cherries, maples and chestnuts.

The main feature of Cholmondeley’s gardens is the lovely Temple Garden, located to the south of the castle. This dates back to the 1870s, however what we see today is a result of extensive restorations and improvements carried out from 1955. It is constructed around an irregular pool, which is home to giant Koi carp.

The magnificent Temple itself was relocated from the gardens of Cholmondeley’s 16th century Old Hall – and complements and enhances the surrounding landscape. Early in the year, the pool reflects glorious spring blossom – and during summer visitors can enjoy numerous gunnera, peltiphyllum, royal fern, pampas grasses and vast expanses of water lilies. Rich autumnal colours provide a stunning display during late September and October.

A low, stone-walled terrace surrounds the castle and below this you can walk along gravelled paths, passing rich plantings of colourful shrubs. On Castle Hill some of the largest and oldest trees can be seen, with many chestnuts and cedars thought to have been planted during the park’s initial landscaping in the late 18th century.

Cholmondeley is a dynamic garden with constant change and improvement. Many species were planted as recently as 1980, with one of the most notable modern features being the twentieth century walled garden, formerly used as a kitchen garden.

Other gardens, created in the last 50 years, include the Silver Garden, which commemorates the Queen’s Silver Jubilee, the Lily Pond Garden, and a Rose Garden.

As you enter the estate along the Deer Park Mere, you will see a diverse habitat that is home to many species of fowl and freshwater fish. Continuing your walk on the estate you will also discover various interesting buildings, including the Old Hall built in 1571, home to the family prior to the Civil War, and an ancient chapel. 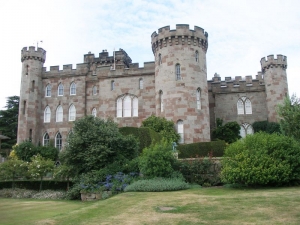 Events, exhibitions:
Frequently throughout the year. Contact the garden for further details.