You Are Here:Home / Corvey Castle 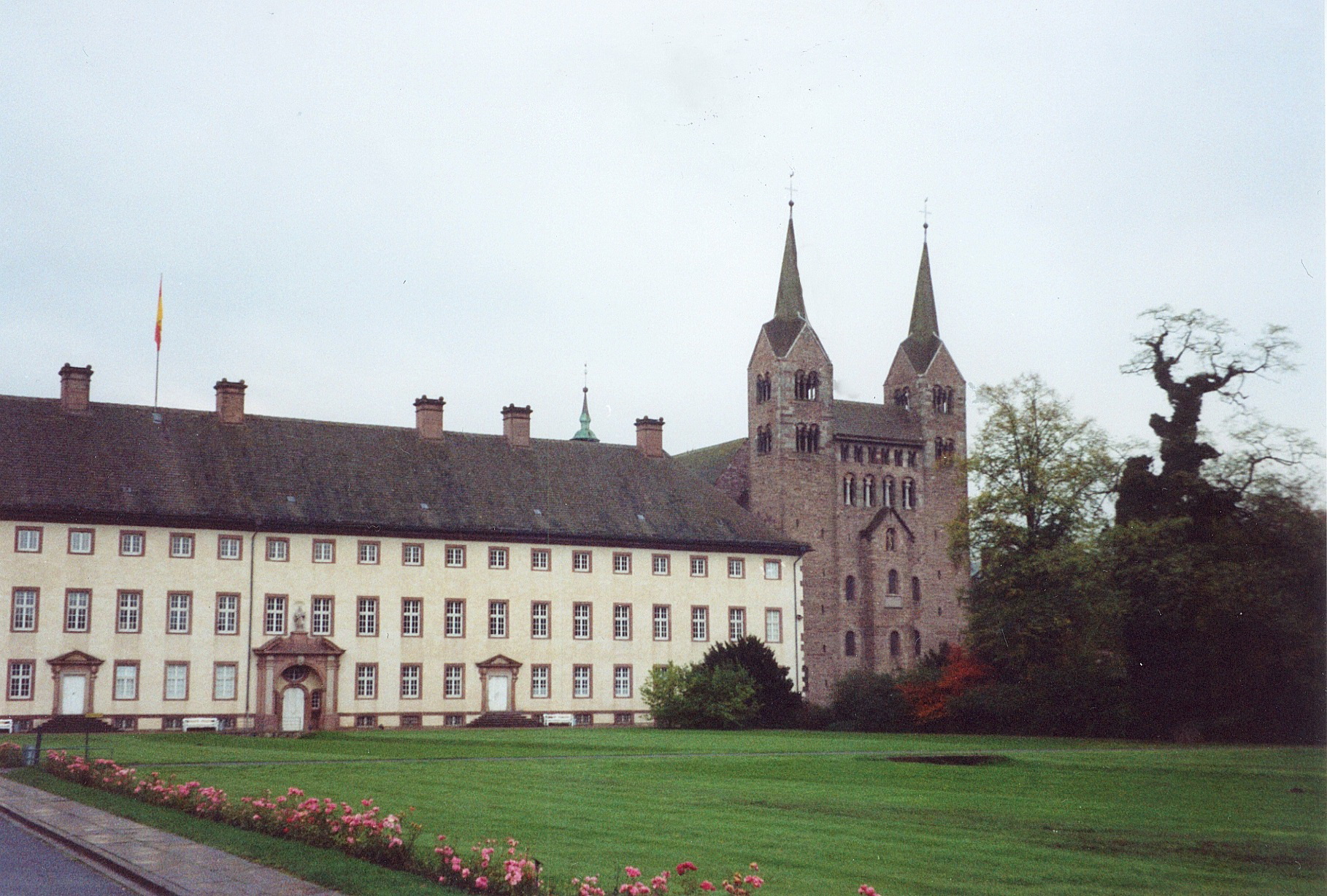 The former Benedictine monastery Corvey, which was founded by Charlemagne in the 9th century, was one of the most influential and significant monasteries in Europe in the Middle Ages. The Carolingian western façade and the Baroque nave from the 17th and 18th centuries are of great artistic and cultural significance. The emperors of the time took part in church services from the gallery of the Johannes choir loft without being seen.

In recent years it has been possible to restore some 9th-century frescoes with classical motifs. The cloister is also worth seeing as are the abbot gallery, the Kaisersaal (imperial hall) and the royal library.

Hoffmann von Fallersleben worked as a librarian in Corvey Castle from 1860 until his death in 1874. The writer of the text of the German national anthem is buried in the small graveyard directly beside the church.

The Baroque castle complex also houses the Regional Museum of Höxter-Corvey (including changing exhibitions) as well as the Institute for the History of Books and Libraries.

Unfortunately the palace garden is not open to the public and is hidden behind a high wall. It can only be admired from the castle forecourt or by looking through the large garden gate.