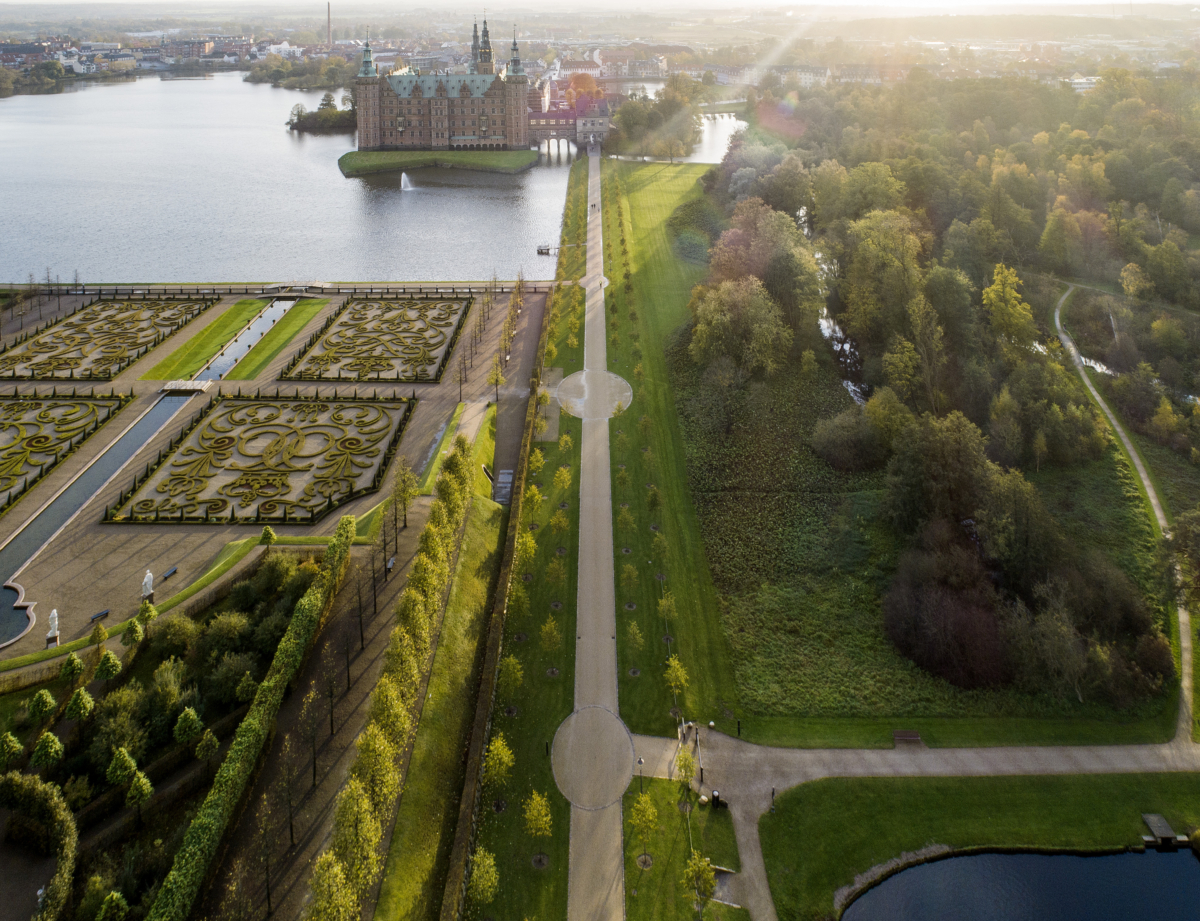 Frederiksborg Castle was built by King Christian IV in the early decades of the 17th century and is the largest Renaissance complex in the Nordic region. The gardens represented the finishing touch in the creation of Frederiksborg Castle. In 1720 J. Krieger was commissioned to create a stunning Baroque Garden, which as the style of the age dictated was symmetrically constructed with perfectly straight hedges.

From the end of the 18th century the gardens became run down. Between 1993 and 1996 this magnificent example of landscaping and gardening was recreated. The Baroque Garden is built on four terraces, which descend downwards to the castle lake. It is characterised by straight lines, meticulous box hedges, finely manicured grass slopes and shaped trees and hedges. The lowest plateaus in the garden contain the royal monograms of the four monarchs, under whom the complex has existed.

The Baroque Garden is not the castle’s only garden. There is the romantic, English-style garden, where the small Bath House Castle is located. With its small lakes and shrubberies, the Romantic Garden was created to convey moods and to present the beauty of nature. By contrast, the straight lines and sharp angles of the Baroque Garden display the beauty implicit in mankind’s control of nature.