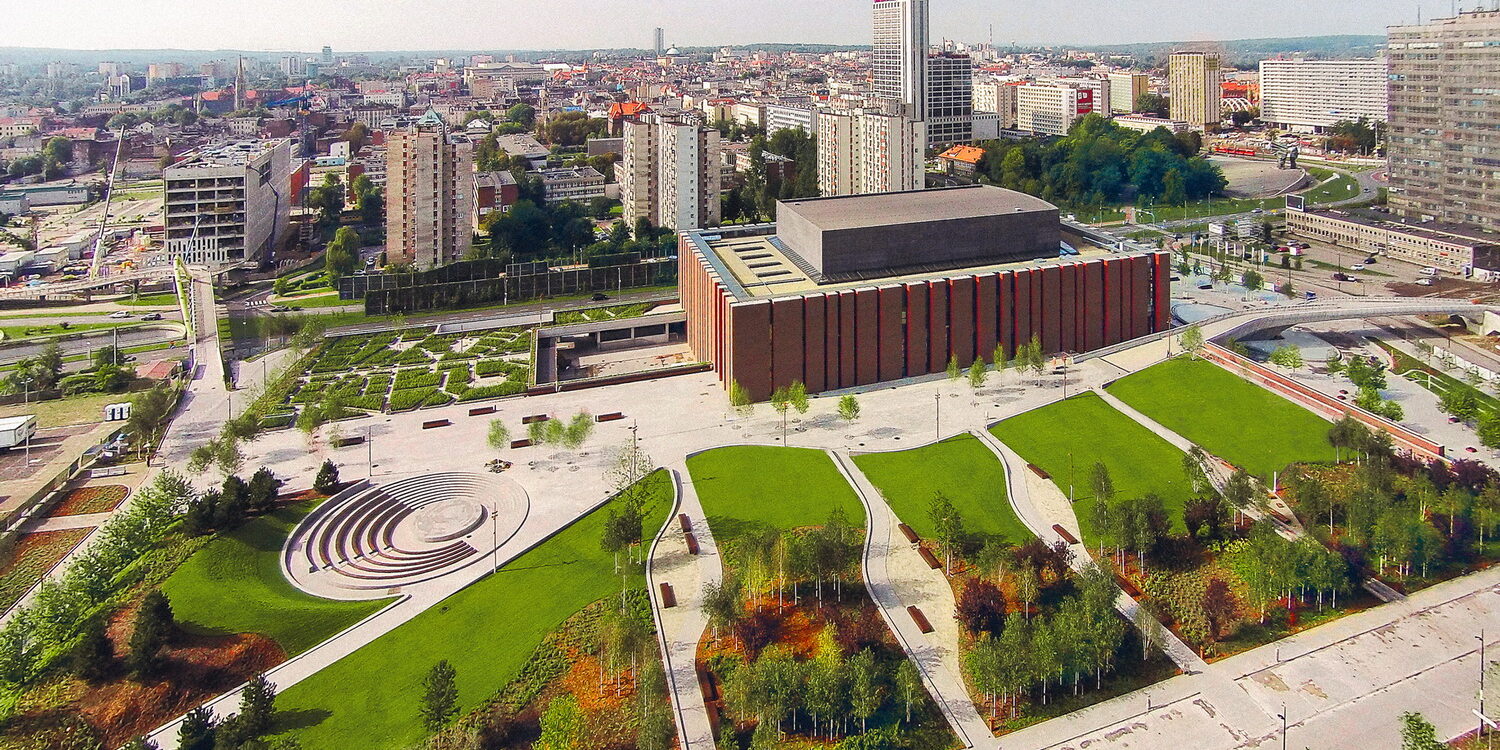 After the last mining area in Katowice was closed in 1999, right in the heart of the city, a large post-mining emptiness was left and demanded for revitalization. One of the central places was designated for the seat of the Polish National Radio Symphony Orchestra (NOSPR). The second major element is the new Historic Museum.  In 2008 the design by Konior Studio was selected in an international competition and 6 years later the building and its park were opened to the public. Since the very beginning of designing, the new seat’s surrounding was as important as the building itself. The place has almost at once gained astonishing reputation in the music world and among the city and region’s inhabitants.

Also the composer and Grammy winner Krzysztof Penderecki was lively interested in the design. During his visit at the construction site, he not only shared his opinions based on his experience as a conductor but also his profound knowledge of trees. As a passionate garden owner, he suggested the tree species that should grow in the area.

The gardens encourage slowing down, they seduce with the 450 trees, the smells, fountains, music toys, sounds and the amphitheatre. There is also a maze’s mystery, where visitors can literally touch green walls trimmed into the shape of Katowice’s city plan from 1926.

Crossing the entrance square a footbridge allows walking from the city without any contact with traffic.  The orchestra’s main building blends in with its surroundings, creating a multi-layered, sensual space expressed through structure, materials, textures, light and sound.

The jury acknowledges the garden as an important element of the city’s new identity. Konior Studio very successfully created a new place, where inhabitants eagerly spend their time linked to history and future, to daily life and cultural activities.

(Text by Christian Gruessen for the presentation during the awarding ceremony. Photo: Krzysztof Krzeminski)