Abbey and Forest of Zevenkerken 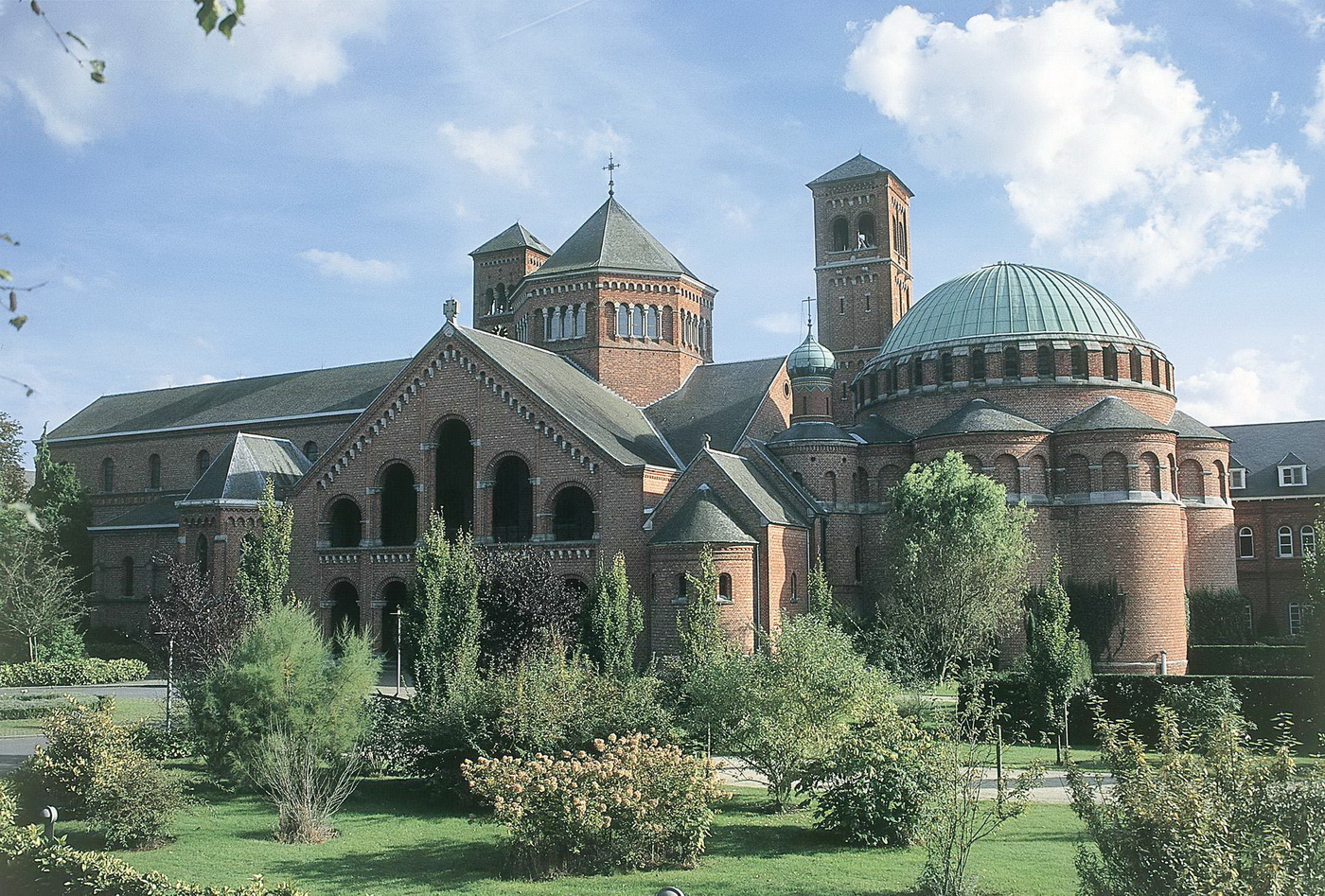 The woods some kilometres from Bruges house one of the most remarkable abbeys of West Flanders: Zevenkerken Abbey. The central figure in the genesis of the Benedictine abbey is Dom Gérard van Caloen, son of Charles van Caloen, the founder of Loppem Castle. He settled in Sint-Andries in 1899 to erect an abbey where missionaries were to be trained. Léon Ockerhout, uncle of Dom Gérard, donated seven acres of the Beisbroek area for the construction of an abbey complex. Numerous other families provided the necessary financial support. The construction of the complex was entrusted to the monk and architect Rutgerus Rincklake of Maria Laach Abbey, Germany.

The most remarkable element of the complex is the abbey church, the construction of which started in 1907. The church has a rather hybrid appearance, which is a logical consequence of the remarkable concept. A basilican church was combined with six other chapels. Each part was built in another style, ranging from Neo-Romanesque and Neo-Gothic over Neo-Renaissance to Neo-Byzantine. These seven different churches refer to the seven roman basilicas. The abbey was very successful and even had to extended and transformed in 1927.

The surrounding woods are partially accessible to the public. The 19th-century avenue structure, constructed at the time of the reclamation of the grounds, is still clearly recognisable. The former abbey farm was converted into a bible house. The site also features a cafeteria.