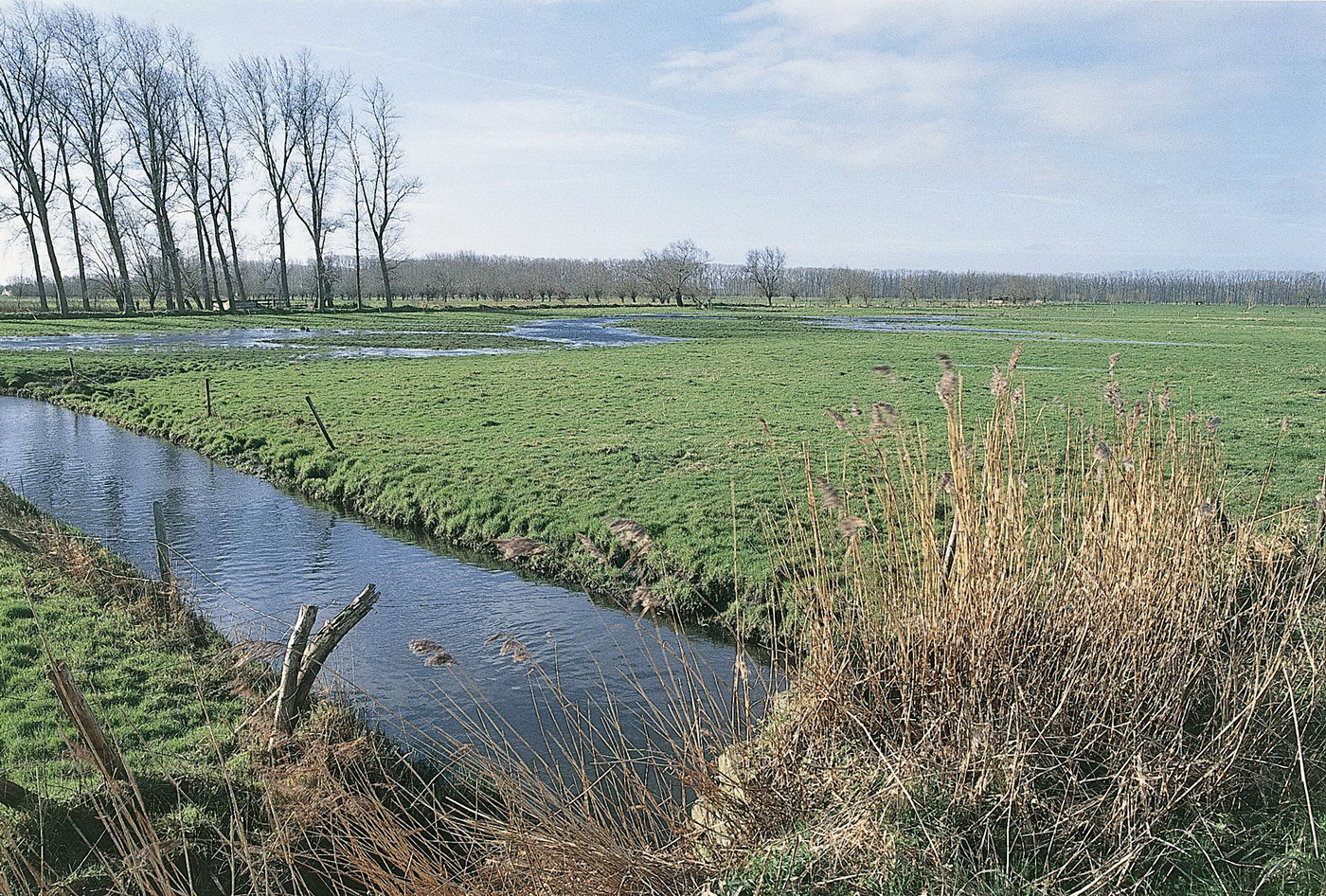 To the south of Assebroek a low-lying and relatively undeveloped area can be found: Assebroekse Meersen. Related to the English word ‘marsh’, the Dutch word ‘meers’ refers to wet grassland. A synonym of ‘meers’ is ‘broek’, such as in the toponym ‘Assebroek’.

Assebroekse Meersen is the natural flooding area of Sint-Trudoledeke, a ditch carrying off the rainwater of parts of the villages of Oedelem and Sijsele. Were it not for human intervention (drainage), the area would be flooded on a regular basis. Until the 19th century the area almost exclusively consisted of open grassland.

In the course of the 19th century various drainage ditches were dug and several avenues were constructed. Rows of trees were planted along the avenues and plot borders, which gave the landscape a more closed character.

Additional drainage ditches were dug and a pumping engine was constructed in the 1930s. Temporary floodings nowadays only occur in winter and in case of prolonged heavy rainfalls. Improved water management made it possible to convert part of the grassland into agricultural land, which partially affected the landscape characteristics of Assebroekse Meersen. The major part of its unique character was nevertheless preserved and large-scale destruction due to industrial agriculture could be averted just in time. The entire area is now a protected landscape. Clear regulations and appropriate management have to protect or restore the value of Assebroekse Meersen. The avenues, the paths and an old railway bed offer walkers and cyclists an ideal opportunity to discover the peace and beauty of this historical landscape.