You Are Here:Home / Gardens/Belgium/Castle of Male 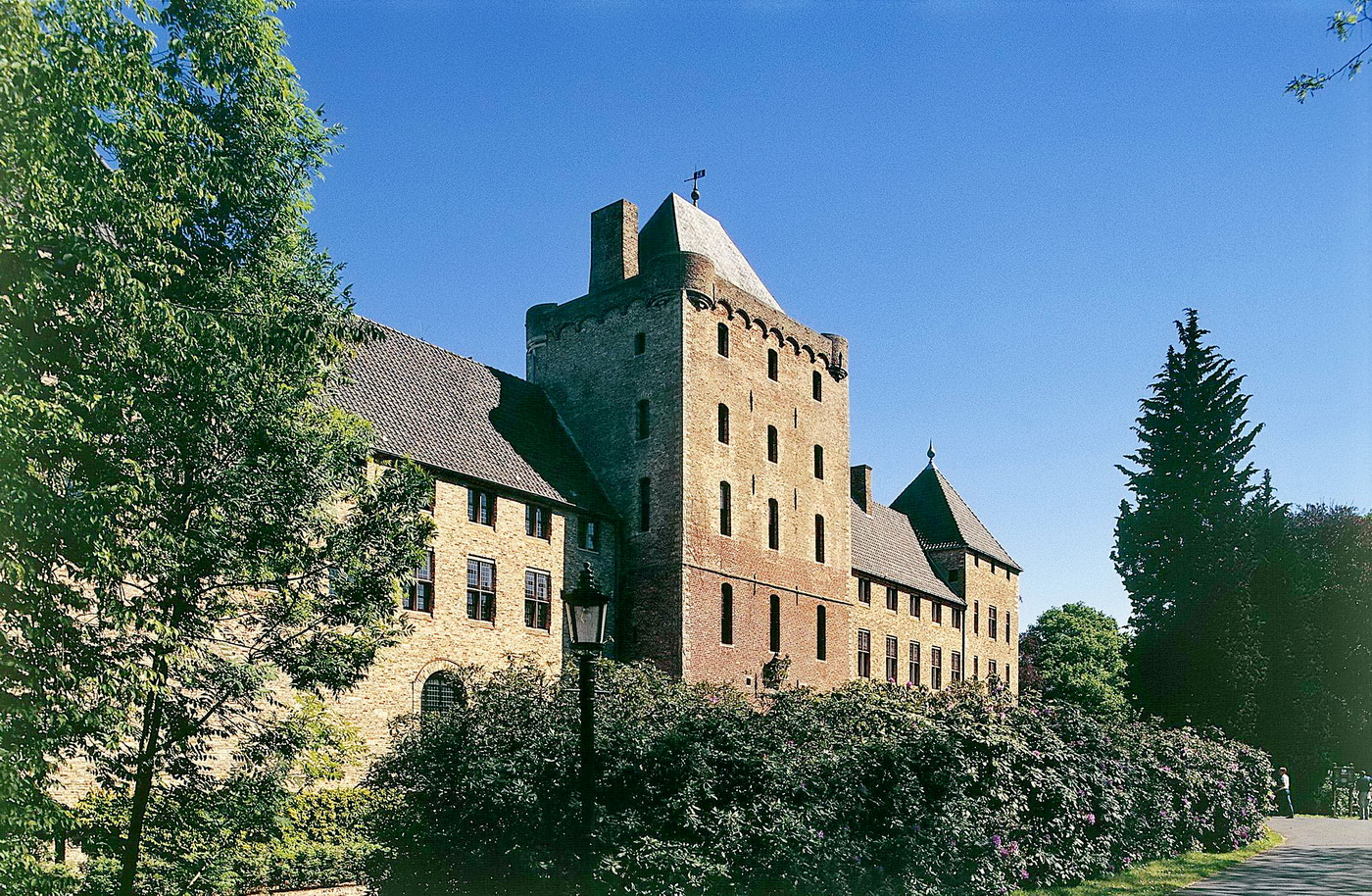 The picturesque village of Male can be found at a few kilometres from Bruges. A pillory still stands in the centre of the village square in front of the 17th-century town hall. A gate to the right of the town hall gives access to the castle grounds, to which the village owes its existence.

As from the 12th century the Counts of Flanders had a hunting lodge here in the woods surrounding Bruges. Duke Philip the Bold had the entire castle rebuilt as from 1390. The only remains of the monumental original castle were the square moat and a part of the donjon. In the 16th century the castle decreased in importance as a residence of the Count of Flanders and was sold and rebuilt. Baron François Claesmans, who bought the castle in 1710, had the building adapted to the 18th-century culture. A small private chapel was added to the right wing.

In 1952 the Sisters of Saint Trudo’s Abbey bought the Castle of Male and restored its medieval silhouette. New wings with guest rooms and a chapel were built to the left of the 14th-century tower. In front of the castle there is a field of grass with some isolated trees, which ensures that the face of the building stands out very well.

The walled castle is furthermore surrounded by woods with limited public access.