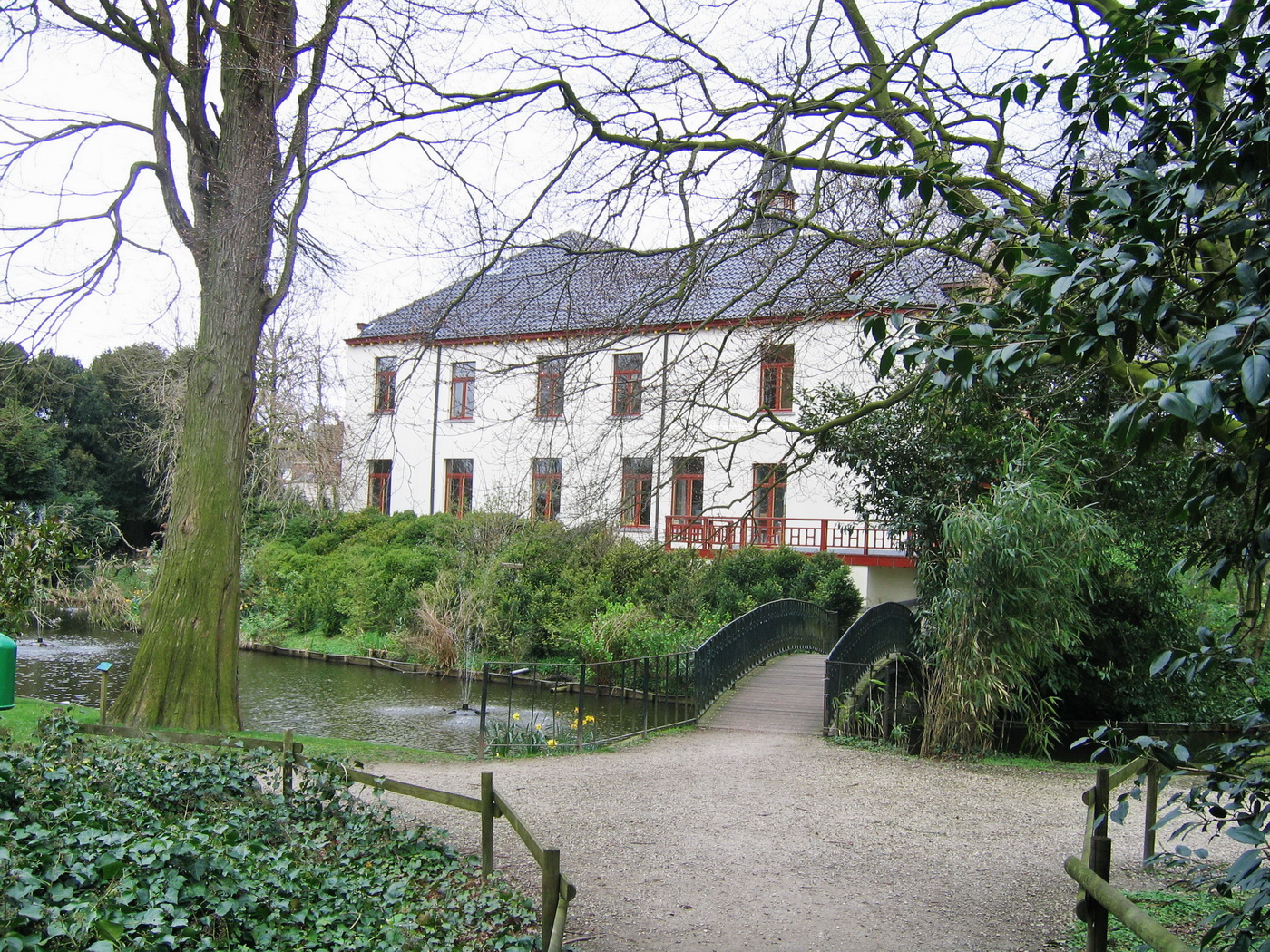 The Ravenhof, literally ‘Ravens Court’, is a walled country house located at the edge of the city centre of Torhout. In the course of history this walled site was inhabited by various prominent families. The country house was reconstructed in the second half of the 19th century. The white-plastered rear façade still shows the original character. The surrounding domain was transformed into a landscape garden with various exotic trees such as the Swamp Cypress, the Black and White Mulberry and the European Yew. The ramparts were transformed into water gardens in which the rear of the castle is reflected. Flemish poet Eugeen Van Oye (1840-1926) was raised in this castle. It was for him that Guido Gezelle wrote his famous poem ‘Dien avond en die roose’ in 1858.

Just before the First World War, shoe manufacturer Oscar Hostyn, the then owner, had the entire interior redecorated by a Roeselare-based company. The Louis XVI drawing room with its representations of the different days of the week painted on canvas still shows that Oscar Hostyn was a successful businessman. After the end of the war he also embellished the face of the castle.

The local authorities of Torhout were able to buy the abandoned building in 1989 and after its restoration it was converted into a tourist information office. The first floor accommodates the Museum of Torhout Pottery, where you can find out more about the thriving ceramics production in Torhout in the 19th and the first half of the 20th centuries. Both the castle and the garden of approximately two hectares are accessible to the public. Explanatory panels provide more information on the different tree species and natural values in the park.