You Are Here:Home / Gardens/Belgium/Steenbrugge Municipal Cemetery 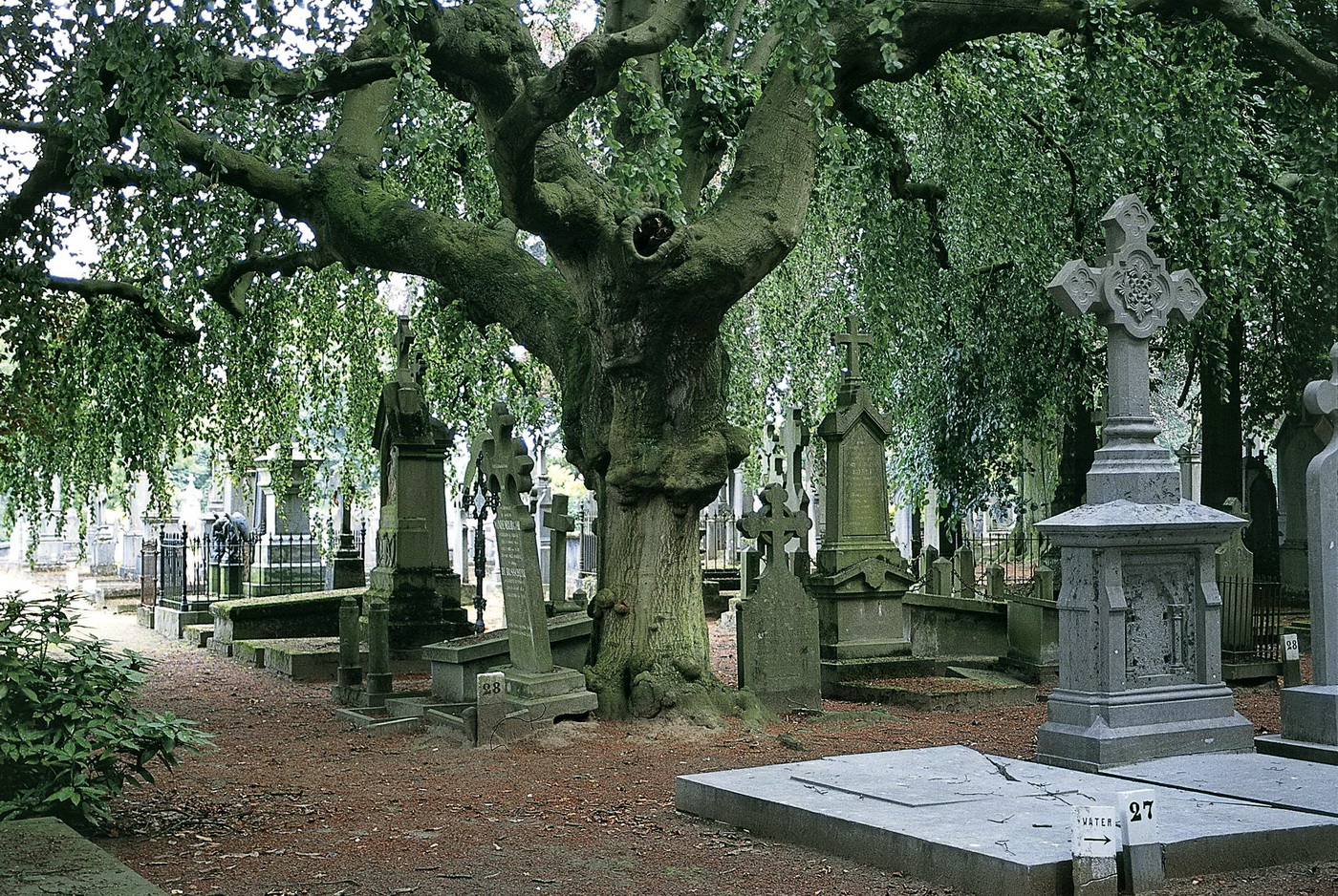 The Bruges Cemetery is an oasis of peace approximately one kilometre from the historical city centre. The municipal cemetery came into being at the end of the 18th century when burying the dead in the city centre was forbidden for reasons of hygiene. It is one of the oldest municipal cemeteries in Belgium. The City of Bruges bought a piece of land in the rural community of Assebroek and on this site a central avenue was constructed, which ended at the large Calvary cross. The burial grounds were extended several times over the course of the 19th century. Behind the Calvary cross a special area was created for the different monasteries in Bruges. A separate part of the cemetery was reserved for the many English inhabitants of Bruges: the so-called ‘English cemetery’.

The entire site is divided according to a strict geometric pattern but has a strongly rural appearance thanks to the many trees and shrubs. Red and green beeches were planted along the avenues. We furthermore find trees with a symbolic meaning, such as weeping willows or yews, an evergreen tree species referring to eternity. A remarkable abundance of lichens grows on the tombstones, which reinforces the romantic appearance of this cemetery.

The cemetery is the last resting place of numerous famous residents of Bruges. Remarkable monuments include the graves of poet Guido Gezelle and sculptors Hendrik and Gustaaf Pickery and the neo-Gothic burial chamber of the bishops of Bruges. The most remarkable graves are indicated with a small stone with a number.