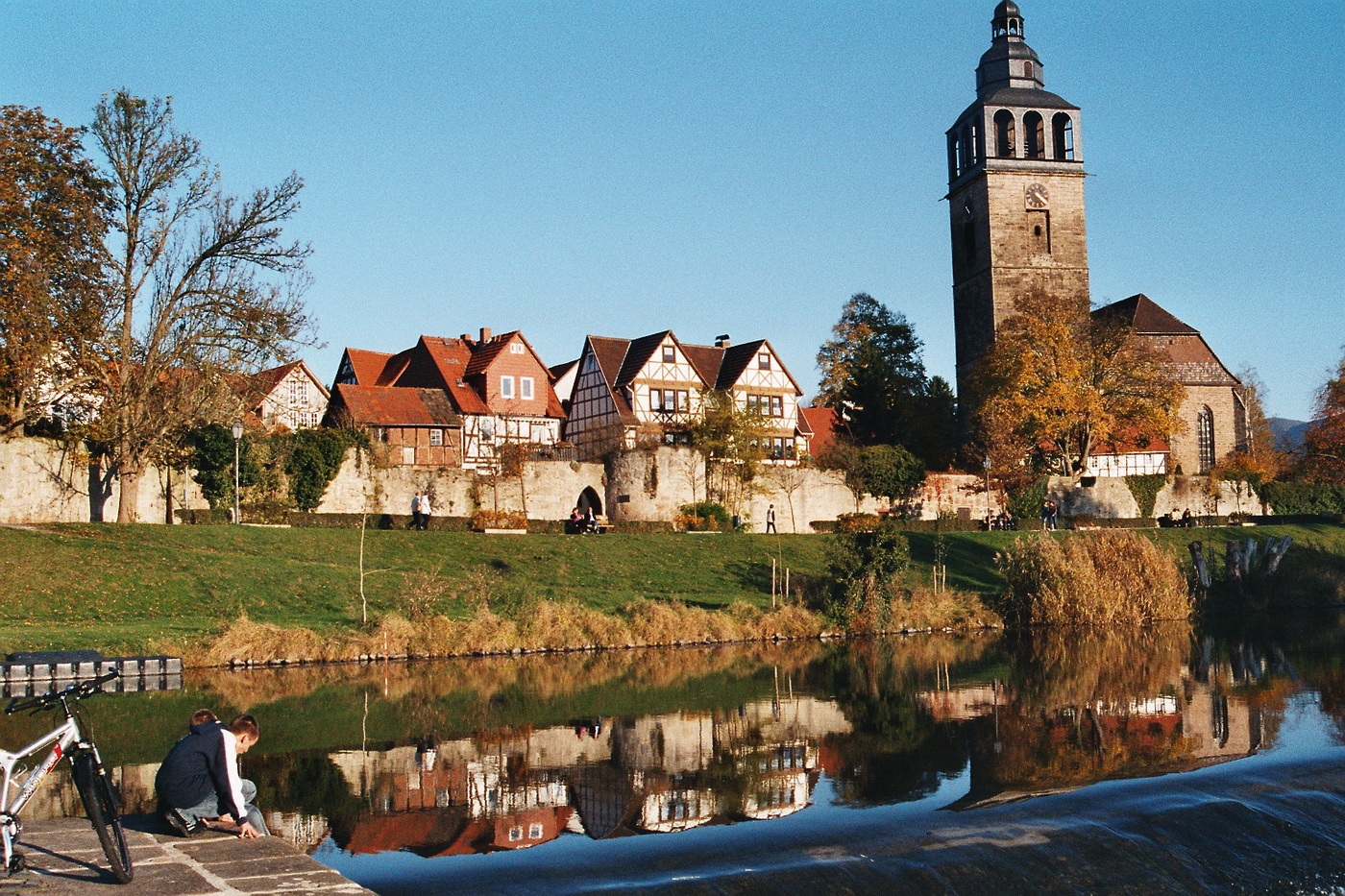 The old town of Allendorf boasts an intact collection of half-timbered houses surrounded by an almost complete circular wall dating from the first half of the 13th century. The houses were built close together in rows following a devastating fire and are designed with their eaves to the front. Almost all of their saddle roofs feature large gable dormers.

While the dwellings in the main streets were usually built as three-storey structures, the buildings in the side streets were normally limited to two storeys. The smallest artisans’ houses can be found in the alleyways.

The finest examples of half-timbered architecture in Allendorf are grouped together in Kirchstrasse. Haus Eschstruth, which was built at number 59 Kirchstrasse in 1637, has a lattice in typical Lower Saxon style as well as striking convergent braces. The ensemble of buildings at number 25 to number 29 Kirchstrasse was built two years later. The corner house features “man figures” and St Andrew’s crosses while the neighbouring houses are decorated with “man figures” and lozenges. Furthermore, they feature projecting upper storeys underpinned by corbels decorated with figures.