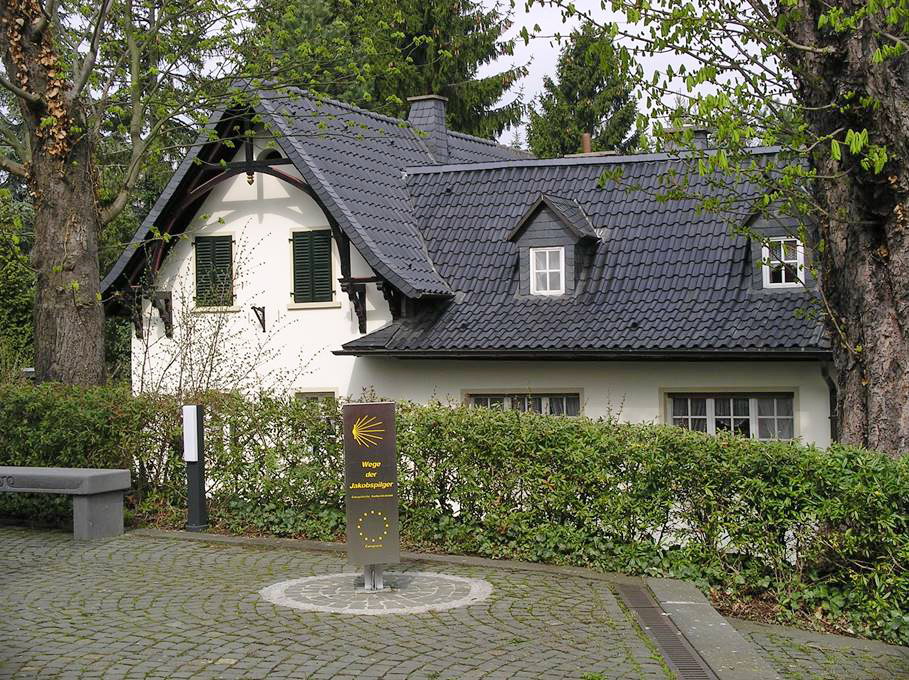 The many pilgrims’ routes which lead to Santiago de Compostela in Spain are a result of the innumerable steps taken by travellers on their way to holy places.

Rediscovering these paths involves a laborious search for traces. This search has been carried out by the St. James Societies in the Netherlands, Belgium and Germany on a section of the route from the Lower Rhine and Aachen to the Meuse/Maas valley.

As a result of this co-operative project, the old routes have once again become visible as handprints and footprints formed by people in the landscape. New routes have been created which pass through charming countryside and which accommodate the needs of today’s pilgrims travelling on foot or by bicycle. The routes are marked by signposts.

The Karlsgarten, created in accordance with Charlemagne’s “capitulare de villis” principle, is located on land belonging to the old estate of Melaten. It is not an historical garden but rather a formal symmetrical garden modelled on historical principles with a design appropriate to the modern day. The herbs and shrubs, and the fruit trees and bushes are planted in the succession stipulated by the capitulare list. The plants are like a mediaeval apothecary with regard to their importance for the well-being of those who lived in the Middle Ages. The Karlsgarten in Aachen is located on an historical route followed by St. James pilgrims in the Rhineland.