You Are Here:Home / Gardens/Germany/Rhineland/Cultural landscape Siebengebirge 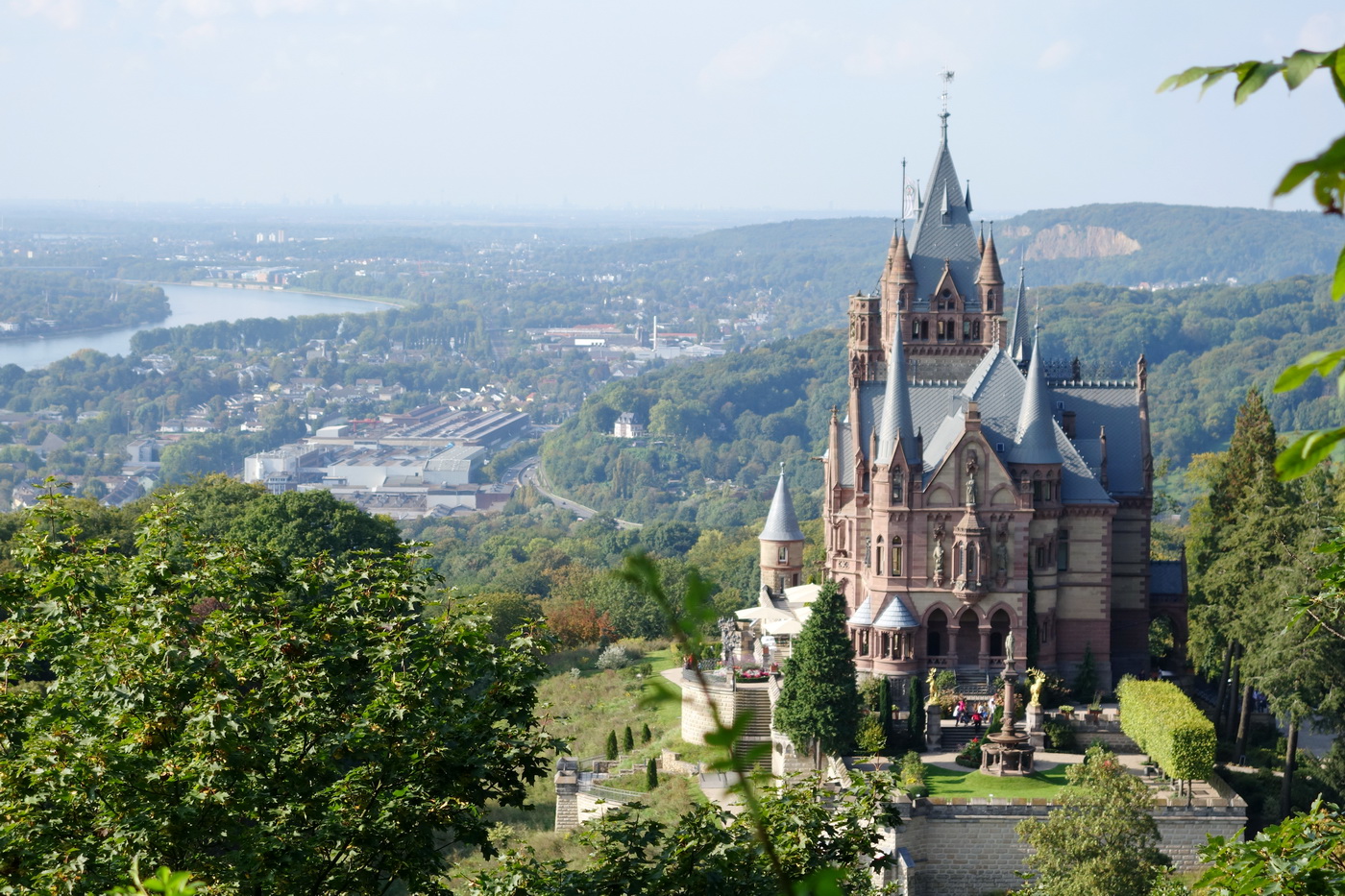 Created by volcanic activity and modelled out of the tuff surface by the force of the water, the Siebengebirge (literally “7 mountains”) was and still is a mystical landscape on the Rhine. Former quarries here have now developed into valuable biotopes. In 1836, the Siebengebirge was designated as a nature reserve, the first area to receive this status in Germany.

The best-known of the 30 peaks include the Ölberg (461 metres above sea level), the Löwenburg (455 metres), the Lohrberg (435 metres), the Wolkenburg (324 metres) and the Drachenfels (321 metres). The panorama formed by the Siebengebirge is a scenic highlight in the countryside around Bonn.

The northernmost wine-growing area can be found in the western foothills on the right bank of the Rhine. A 2.2-kilometre wine route was created in Oberdollendorf in 1978. This route passes along paths which run through the vineyards, affording the visitor beautiful views not only of the vineyard estates but also of the Rhine plain. The Landschaftsverband Rheinland (LVR) has acquired a 3.7-hectare abandoned vineyard on the Kellerberg hill in Königswinter-Oberdollendorf with a view to giving it protected environmental status. The public will be able to gain access to it by way of a vintner’s path.

The countryside around Heisterbach with the former Cistercian abbey at its heart is a favourite place for outings. Haus Schlesien is a centre for culture and education with a museum, park and an historical inner courtyard. In the 12th century, it was a serf farm serving Schwarzrheindorf and Heisterbach monasteries. The “Verein Haus Schlesien” (Haus Schlesien Association) has developed the buildings into a meeting-place and a centre for Silesian culture.