The romantic Rhine valley around the Godesburg

You Are Here:Home / Gardens/Germany/Rhineland/The romantic Rhine valley around the Godesburg 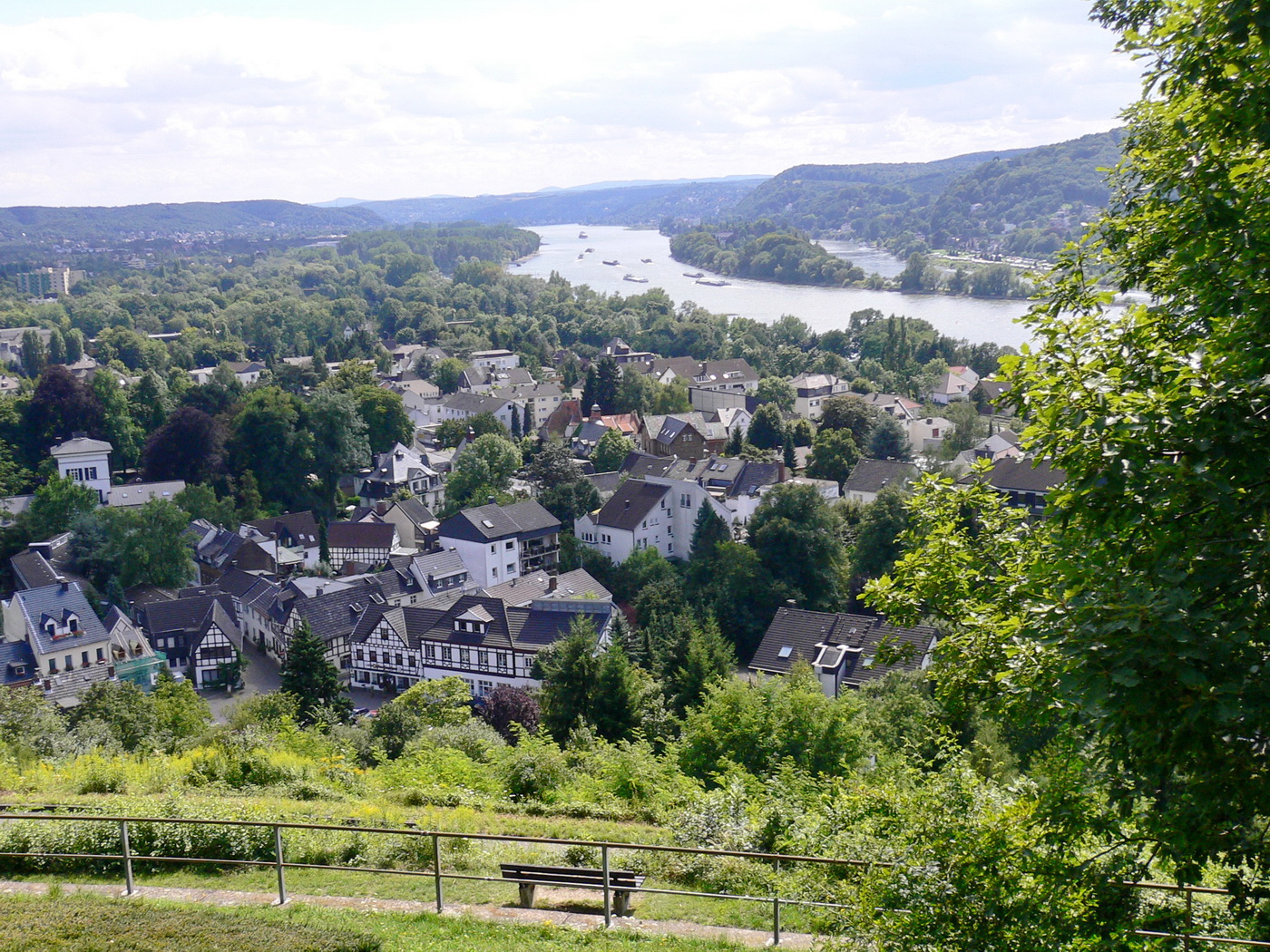 The wild romanticism of the Siebengebirge and the beauty of the landscape in and around Bad Godesberg already attracted travellers in the 19th century, including William Turner, Lord Byron, Ernst Moritz Arndt, Emanuel Geibel and Gottfried Kinkel. The painters, poets and scholars played a role in Godesberg village’s rapid advancement to the status of a spa and garden town. Attractive places to go for a stroll in the Mehlem district of Godesberg¸ include the walks along the river banks, the Genieaue (Genie lea) and the Drachenstein Park.

Built in 1210, the Godesburg stands on a 75-metre basalt knoll. There is a wonderful view over the Siebengebirge and the Rhine valley from the 32 metre-high castle keep. Below the castle, one finds the Baroque Michaeliskapelle (St. Michael’s Chapel), built in 1670, and the castle cemetery with many richly-ornamented tombs from around 1900 belonging to the upper middle classes.

Königswinter can be reached by taking a ferry across the Rhine. Königswinter is inseparably linked with the emergence of Rhine romanticism. The old town lies in the shadow of the Drachenfels and boasts magnificent avenues and a promenade along the river banks. In 1870, the area along the river was redesigned to form a promenade. Pruned plane trees give it its characteristic appearance and enhance its attractive style.

Other places worth seeing include Muffendorf – a district with half-timbered houses, the Martinskirche (St. Martin’s Church) and the former “La Redoute” spa building.