You Are Here:Home / Gardens/Netherlands/Limburg/De Groote Peel 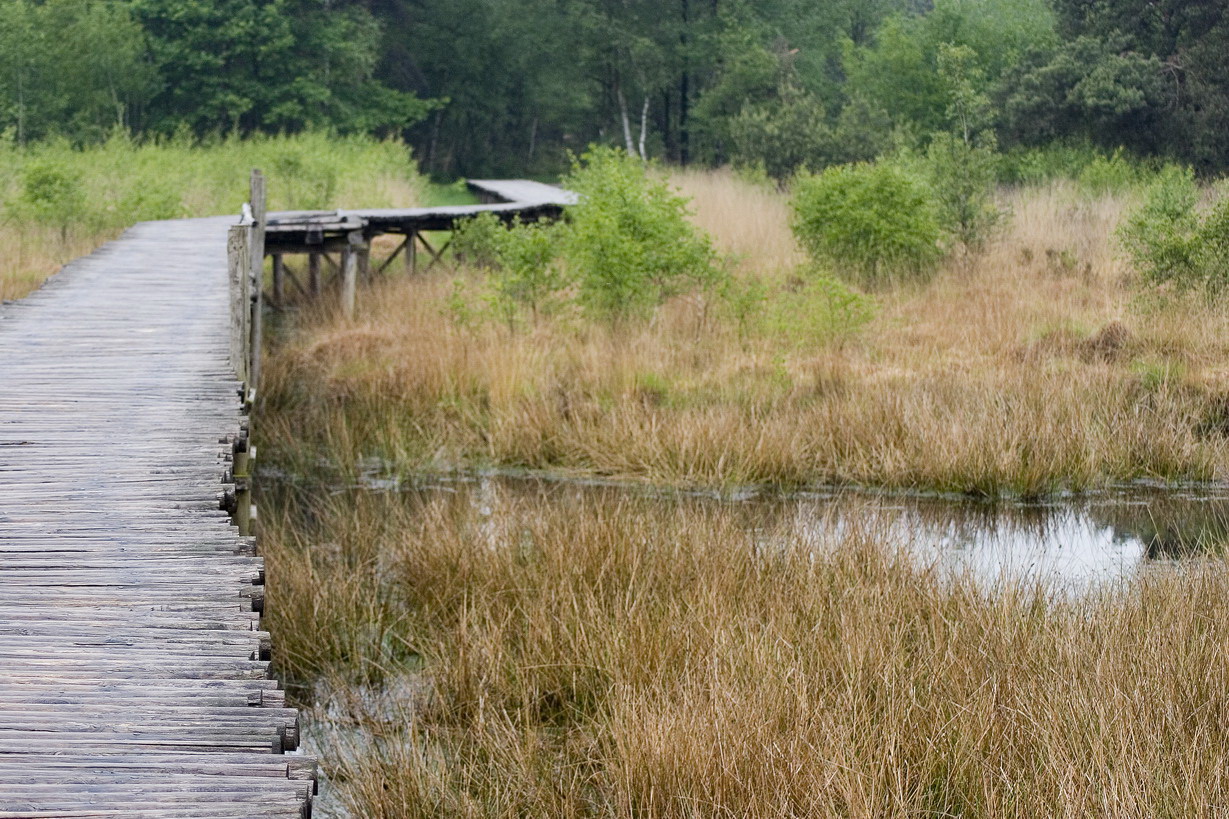 Millions of years ago, geological forces led to the development of cracks in the earth’s crust. One of the most important cracks of this kind is known as the Peelrand fault. When the climate became warmer and wetter at the end of the Ice Age approximately 10,000 ago, these cracks filled up with water and the first raised bogs (“Peel”) were created.

The raised bog known as Groote Peel developed to a thickness of up to six metres over thousands of years. This resulted in an almost treeless and barely accessible area. Most of the bog was dug away over the course of the centuries.

The presence of the Romans in the region was revealed on 17th June 1910 when a turf worker came across a gilded silver parade helmet not far from Helenaveen in the vicinity of het Zinkse. The name of the area probably goes back to the Roman name Locus paludosus, which means “swampy place”.

Today, “De Groote Peel” is a nature reserve covering an area of 1,500 hectares, the broad sweep and peaceful atmosphere of which are a reminder of the earlier bog. The “scars” of bog formation not only give the area an interesting historical dimension but also provide variety in the landscape, which consists of water, swamps, heaths and small woods. Among the special plants which grow here is the round-leafed sundew, which catches insects with the sticky tentacles on its leaves.

De Groote Peel is an internationally recognised ‘wetland’. Almost a hundred species of birds breed here and numerous migratory birds spend the winter or rest here in spring and autumn. De Groote Peel has been a National Park since 1993 due to its size and the exceptional quality of its natural landscape.