You Are Here:Home / Gardens/Netherlands/Limburg/Grensmaas Meers 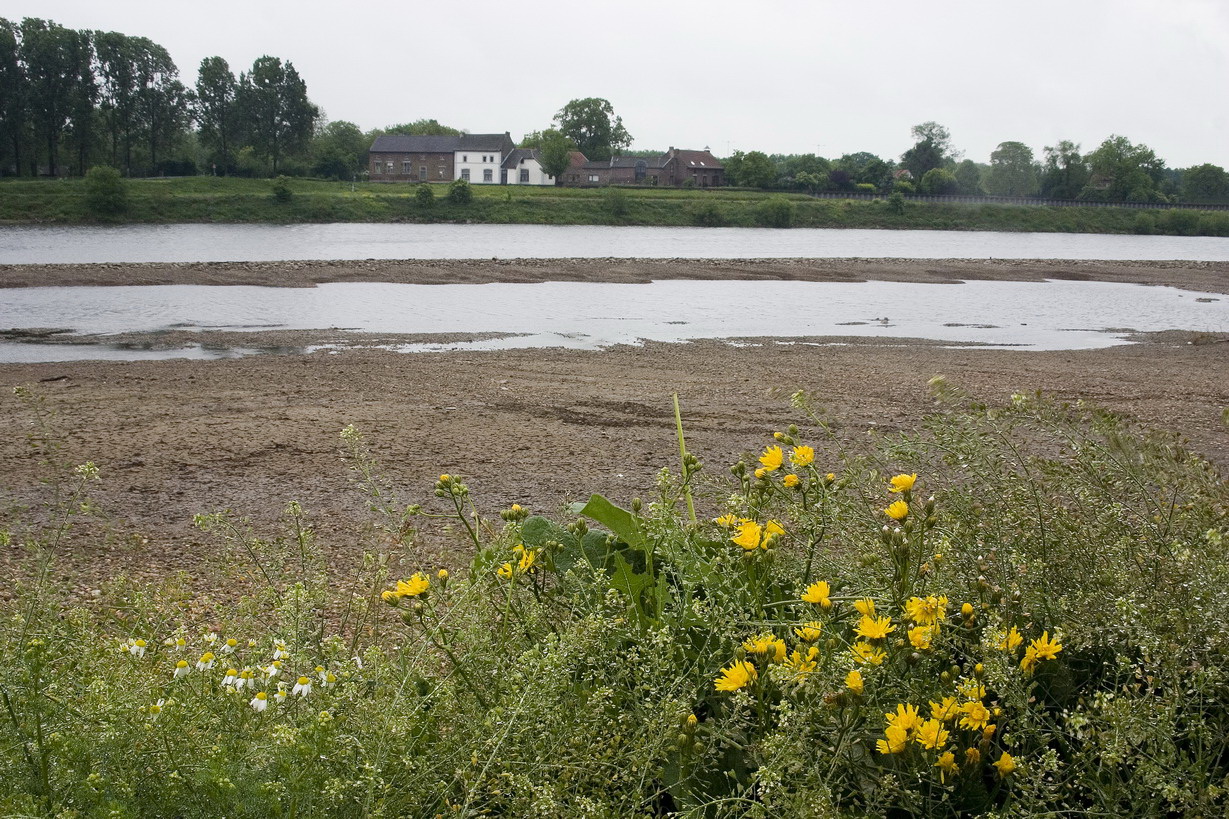 The Meuse river between the villages of Eijsden und Maaseik forms the border between the Netherlands and Belgium. This border section of the Meuse is a lively stretch of the river which is unsuitable for professional shipping. Here the river still follows its natural course through an old agricultural landscape where the occasional castle is a reminder of the past.

In 1992, the Dutch Ministry of Transport, the Ministry of Agriculture, Nature and Fishing and the Province of Limburg jointly developed a concept to link the removal of river gravel with the development of areas for nature and recreation. The aim of this restructuring process is to broaden the Meuse border river with banks of sand and gravel, side arms, varied shores, areas of grass, bushes and riverside woods. Signposted routes provide access to the area for cyclists, walkers, anglers and canoeists.

Although gravel continues to be removed here, even after 2000, the typical formation of deep, ‘dead’ gravel holes is now largely avoided. Priority is given to the recreational function of the intensively or extensively used areas. Space is furthermore reserved for connecting ecological zones in analogy to the ‘ecological structure’.

In the middle of the nineties, several pilot projects were introduced which combined ecology with water extraction. Thus, a renaturalisation plan was created for the “Vloedgraaf”, one of the feeder basins whose ecological value appreciated considerably after the canalised river course had been replaced at several points by a natural stream profile. Work will continue to be carried out here until mid-2022 as part of the project for the border section of the Meuse.