You Are Here:Home / Gardens/Netherlands/Limburg/Vestingwerken Maastricht 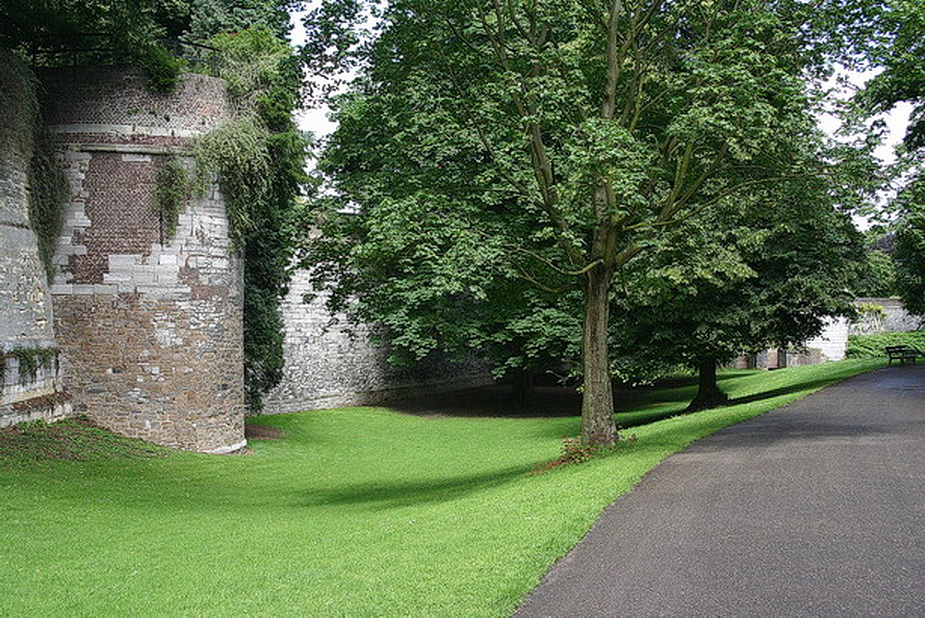 In the mid-19th century, Maastricht fortress was still surrounded by a large ring of moats on both sides of the Meuse river. The fortress, which originated from a defensive wall built in the Middle Ages, had developed over the years into a threefold ring with both dry and water-filled moats. The water-filled moats played a role in defence as well as functioning as water regulators. Although dismantling of the structure began back in 1862, the fortress was only cancelled in 1867. F.W. van Gendt drew up a defortification plan for this purpose. A large part of the area was earmarked for industrial development and the expansion of the town, and only a small part for the creation of parks.

Two small parks – the Mgr. Nolenspark and the Hermanspark – were developed next to the late-mediaeval walls. The Waldeck bastion was so large that it was possible to develop it into a small park in 1921 according to a design by L.A. Springer as part of a work-creation project. The Aldenhofpark to the north of the town wall is located on the Jeker, a small river, and forms a link in a series of parks which begins with the Waldeckpark, continues with the Aldenhofpark and ends with the Mgr. Nolenspark. It is the remains of what was once a continuous green area to the west of the Meuse.