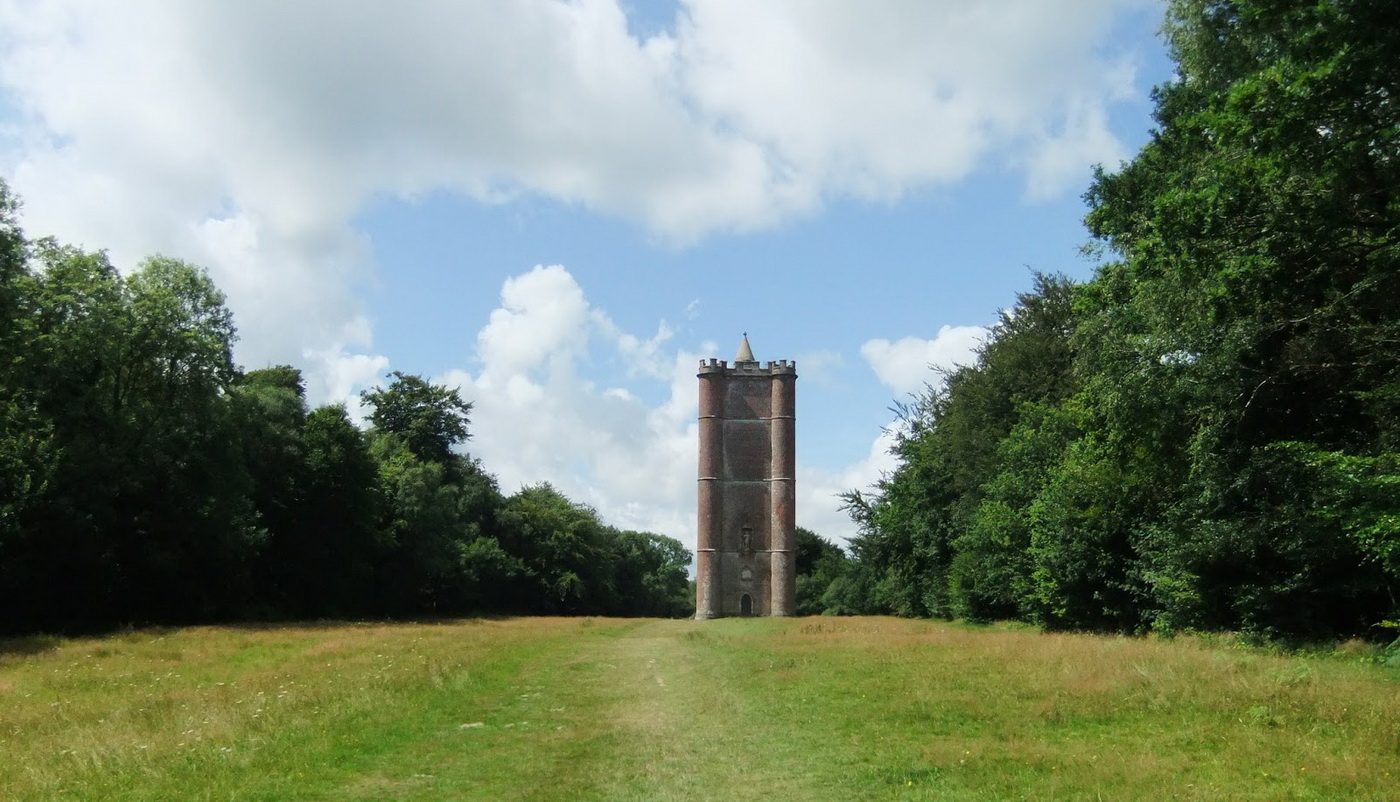 This striking building, sitting astride the Somerset and Wiltshire borders, was built by Henry Hoare II, the owner of nearby Stourhead. Building started in 1765 and ten years – and 1.2 million bricks later – the tower was completed. It is hard to see what the point of this folly is until you climb the 250 steps of the spiral staircase winding up one of its three turrets and see the view from the top – the tower itself is 160 feet high and, as the base is at 850 feet above sea level, the views over the surrounding countryside are terrific, taking in Salisbury Plain, the Blackmore Vale and the levels of Sedgemoor. On a clear day you can see the cliffs of Wales across the Bristol Channel.

Hoare was inspired to build his tower here because of the local myth that it was the very spot where King Alfred the Great raised his standard before taking on the Danes and there is a small statue and plaque on the tower in his honour. The tower itself was damaged in another war when, on July 10th 1944, a Canadian aircraft crashed into it in dense fog, killing all five servicemen on board. A lighter area of repaired wall can also be seen where part of one of the turrets collapsed after an attack of masonry bees in the 1960’s.

If you are not worn out by climbing stairs, it is well worth visiting Henry Hoare’s house and famous gardens at Stourhead while you are in the area. Both the tower and Stourhead are in the care of the National Trust and together they make up one of the most impressive landscapes to be seen anywhere in southern England.