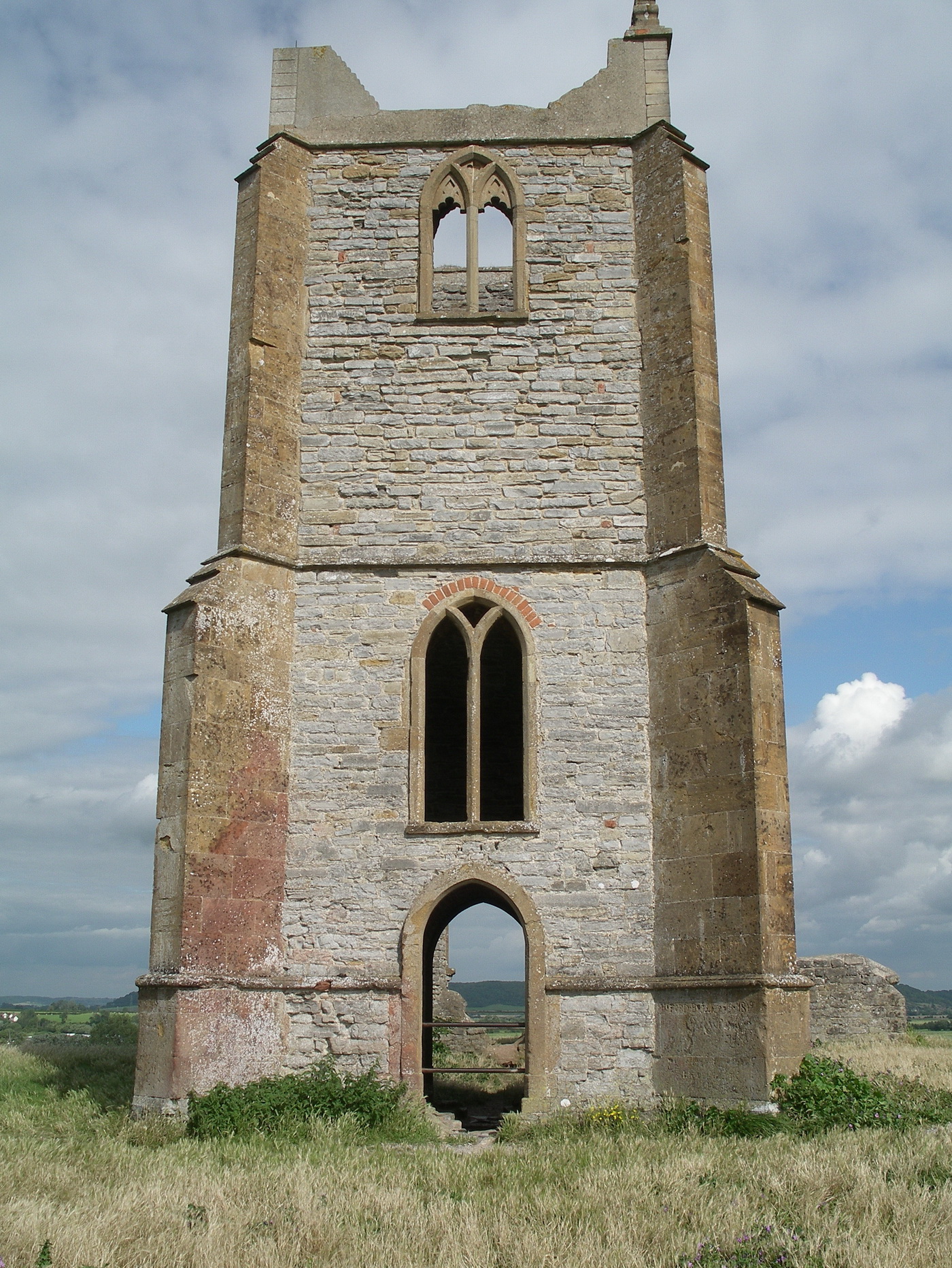 Burrow Mump is one of the most distinctive features of the Somerset landscape – an unexpected natural hill, 24 metres high, which looks all the more dramatic because of the flatness of the surrounding Somerset Levels.

On the level top of the hill sit the picturesque ruins of St Michael’s church, which were in fact carefully made to look more romantic in the nineteenth century. In the twentieth century the site was given to the National Trust by Alexander Gould Barrett for use as a war memorial which seems appropriate as this is an area which seemed to attract conflict since the days when King Alfred had a base at nearby Athelney and planned his battles with the Danes. Then, during the Civil War, Royalist troops fleeing after the Battle of Langport in 1645 took refuge in the church and managed to hold out for three days as their colleagues in nearby Bridgwater surrendered to the Parliamentary troops. A lone soldier, probably killed by musket shot, is buried in the church.

There are terrific views over the surrounding countryside from the top of the hill which make it well worth climbing – on a clear day you can see as far as the Wellington Monument and Glastonbury Tor. Yet it must be said that some of the most striking views associated with Burrow Mump are not from the top but from below, especially on a misty day when its silhouette rises hauntingly above the Levels.