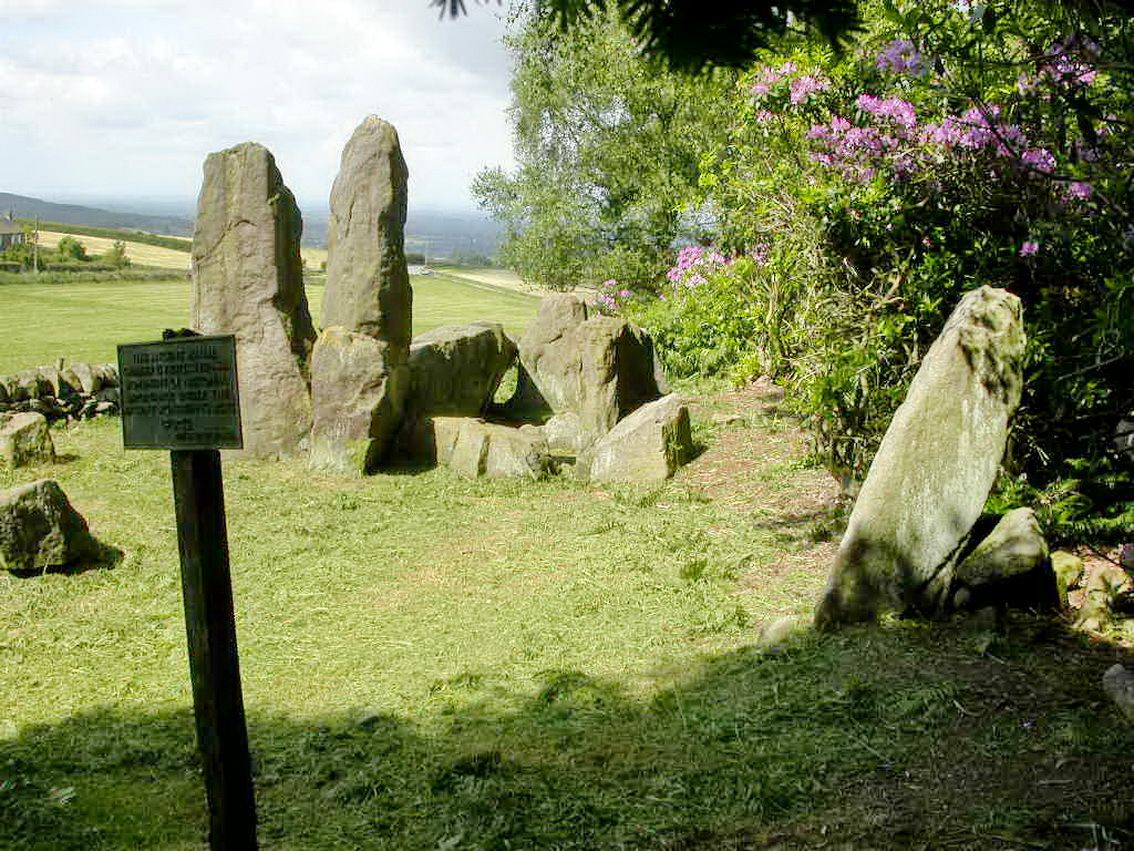 Situated on the Cheshire-Staffordshire border, the Bridestones are a Neolithic chambered long cairn. Dating from 3500 to 2400BC a long cairn is a burial chamber made of stone and associated with high status burials. Lying at the foot of the Pennines and with views across the Cheshire Plain, the Bridestones are said to be unique in England although there are similar examples in Scotland, Ireland and the Isle of Man.

The site was excavated in the 18th century and suffered damage including the removal of some stones. The site was originally 100m long and 11m wide but one of the main stones was removed for road building, revealing the chamber inside. Originally, there were three chambers but only one survives. The site had immense religious importance to our ancestors.

The name Bridestones may relate to the ancient Goddess Bride or Bridget who was the fertility goddess of the Brigantes, a tribe associated with the area north of the River Mersey. The stones may have once been seen as a petrified wedding party.

Little Moreton Hall
Operated by the National Trust this is one of Britain’s finest timber-framed manor houses. Over 500 years old the Hall contains an important collection of paintings, and there is also a knot garden.

Astbury Mere
A short distance North of Astbury Village this site is ten acres of open space with paths, a visitor centre and a mere. There is a wide variety of natural habitats acknowledged to be amongst the most diverse in the region.