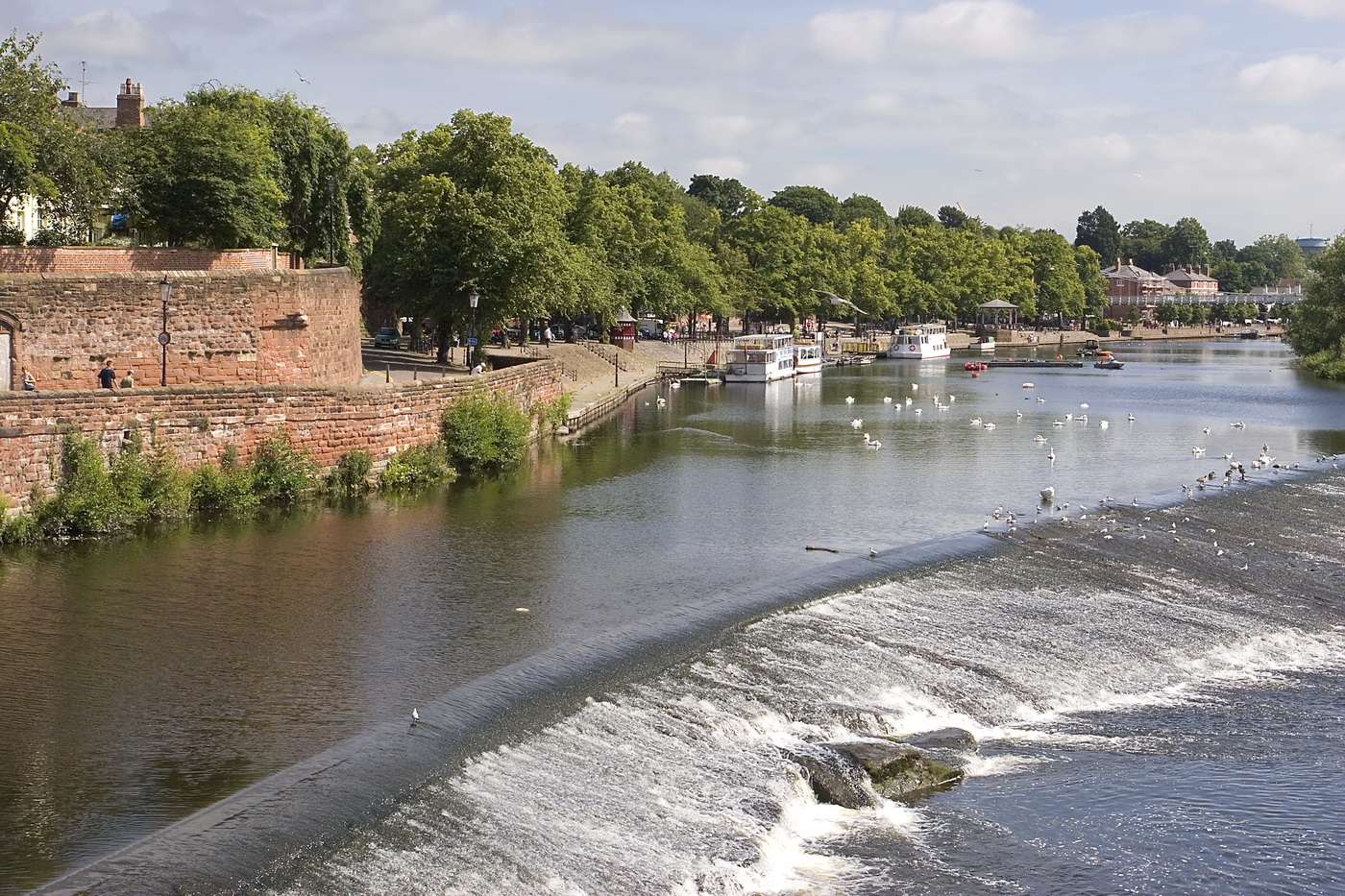 Described as the North West’s jewel, Chester is world renowned. It has a wealth of history going back to Roman times and is the only town in Britain with street names in English and Latin.

Ancient history is all around, with a Norman Cathedral that is one of the most visited places of worship in Britain and with encircling City Walls, built in Roman and Medieval times, that are the most intact defences of their kind in the country.

Whether it is sightseeing, shopping, or relaxing, Chester caters for all ages and all tastes. Other city centre attractions include the famous and unique Rows. Dating back many centuries, these are covered, raised walkways with shops both at street level and above – enabling people to enjoy the city in comfort – even when it is raining! And Chester’s Grosvenor Park is one of the finest parks in the country. Opened in 1867 it was the product of the famous garden designer Edward Kemp.

The layers of history have produced myths and legends in abundance. In the area around St John’s Church a ghostly hooded monk is said to appear and is probably the most active phantom in Chester. Nearby the Anchorite Cell is thought to have been the hiding place of Saxon King Harold, commonly believed to have died at the Battle of Hastings. The ghost of a Roman Centurion is said to walk the walls, retracing the steps he may have taken in this outpost of Empire nearly two thousand years ago! A highwayman has been seen in Eastgate Street adding credence to tales of an outlaw being murdered in the city for his ill-gotten gains. There are other myths and legends, too numerous to mention – so join an organised evening Ghosthunter Trail, leaving on Saturdays all year from Chester Tourist information Centre.

River boat trips
Trips are available throughout the year on one of a number of boats. The energetic can hire a rowing boat and enjoy the river at their own pace.

Sightseeing buses
A good way to see the city these buses run on regularly. Visitors can hop on and hop off throughout the city. See www.city-sightseeing.com

Roman Amphitheatre
Visit these Roman remains and try to imagine the sites and sounds from the contests that once graced the arena. Across the road is the Roman Garden where a collection of Roman artefacts is displayed.

Roodee
The oldest but smallest racecourse in the country can nevertheless produce a wonderful atmosphere on race day. Easily accessible from the city centre it is fun for all. See website: Chester Racecourse.