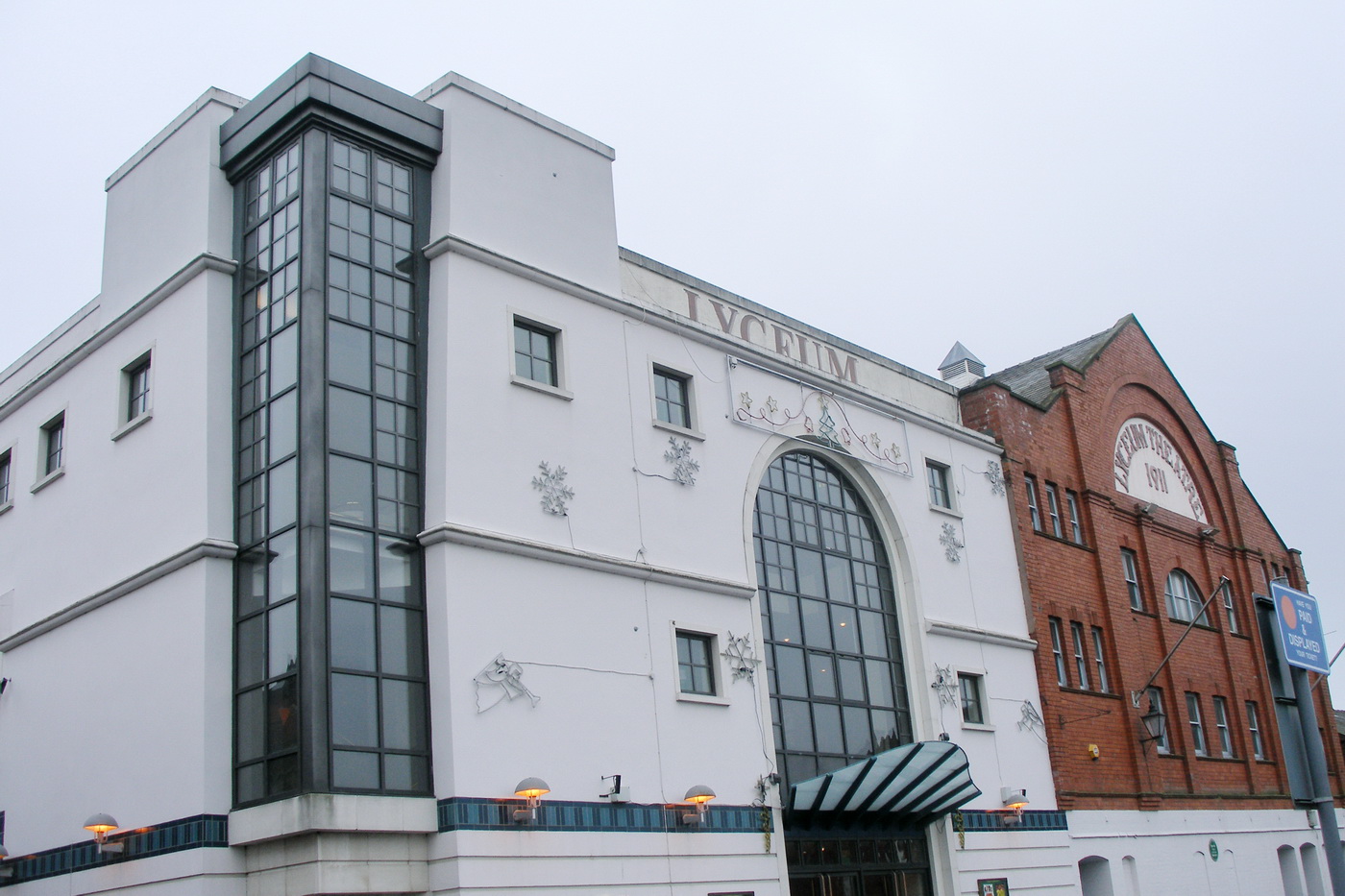 Built in 1911, Crewe’s Lyceum Theatre was refurbished in 1994 to produce today’s wonderful venue. On entering the auditorium visitors are struck by the Edwardian splendour. Featuring carvings and intimate seating within the boxes, gallery and stalls, as well as atmospheric lighting, the theatre is a popular venue. A variety of shows can be seen here, from classical music to contemporary comedy all contributing to an enjoyable evening. The theatre has a number of bars, some of which are open throughout the day to provide a relaxing atmosphere for business or pleasure.

Built on the site of a Catholic Church and graveyard, the theatre has been subject to a number of ghostly sightings. The figure of a monk was seen for a number of years – remaining until an exorcism in 1969 moved him into the pub next door! The ghost of an unknown actor waits by the stage door and the spectre of a young ballerina has also been seen by the cast of many plays, while she watched the performances from the back of the stage.

Queens’s Park, Crewe:
Dedicated in 1887 to coincide with Queen Victoria’s Jubilee. Designed by FW Webb and Edward Kemp, who also designed Grosvenor Park in Chester, the Park is one of England’s finest parks.

Crewe Hall
The seat of the Earls of Crewe from 1616 to 1922 the hall is now used as a conference venue. It contains some of the finest examples of Elizabethan architecture.

Crewe Carnival
Now in its 105th year the Carnival attracts in excess of 50,000 people who come to enjoy live music, entertainment and the Carnival Parade.