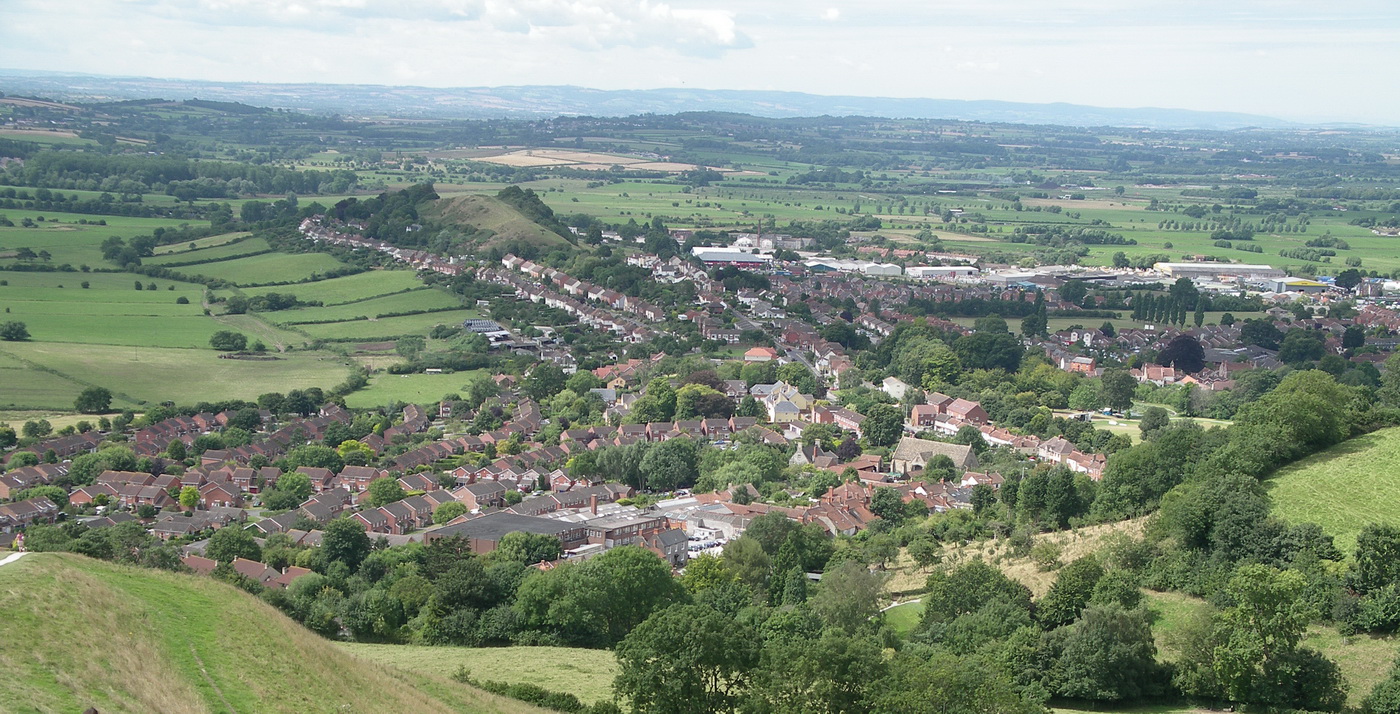 To many people, Glastonbury Tor, rising dramatically from the surrounding countryside, is Somerset’s most memorable image. The views from the summit are spectacular – in clear weather you can see over three counties, Somerset, Dorset and Wiltshire.

But the attraction of Glastonbury Tor reaches far beyond its striking physical presence; its mysterious history and myths have attracted visitors for many centuries. At the top of the steep Tor there is the dramatic ruin of a church tower and excavations of the site have revealed two churches superimposed on the same site – the 15th century tower is all that remains. But many aspects of the Tor remain a mystery, in particular the nature of its early settlement, which may have been anything from a defended site to a dark-age monastery.

This mystery spreads to Glastonbury itself – legends associate it with Joseph of Arimathea, the Holy Grail and King Arthur. The ruins of Glastonbury Abbey, once the wealthiest monastery in England are visible from the Tor. The Abbey is one of the most visited Christian centres in the region.

The flat land around the Tor has a rich archaeological and historical story to tell. The waterlogged peat in the Levels acts as a preservative that gives us a unique insight into prehistoric life. The Glastonbury Lake Village some 5km north of the Tor is one of the best preserved Iron Age settlements in the UK. At the excellent Peat Moors Centre at nearby Westhay, there are reconstructions of Iron Age roundhouses and the famous Neolithic Sweet Track, the oldest man made timber trackway in Britain dating from 3806BC. The Centre offers many special activity days when you can learn how to make a wattle and daub wall or listen, as our ancestors did, to an ancient story by a fire in a roundhouse. Glastonbury Tor provides a view out onto a truly magical wetland landscape. All this makes Glastonbury a fascinating place to visit and explore and there is an amazing range of shops and cafés.