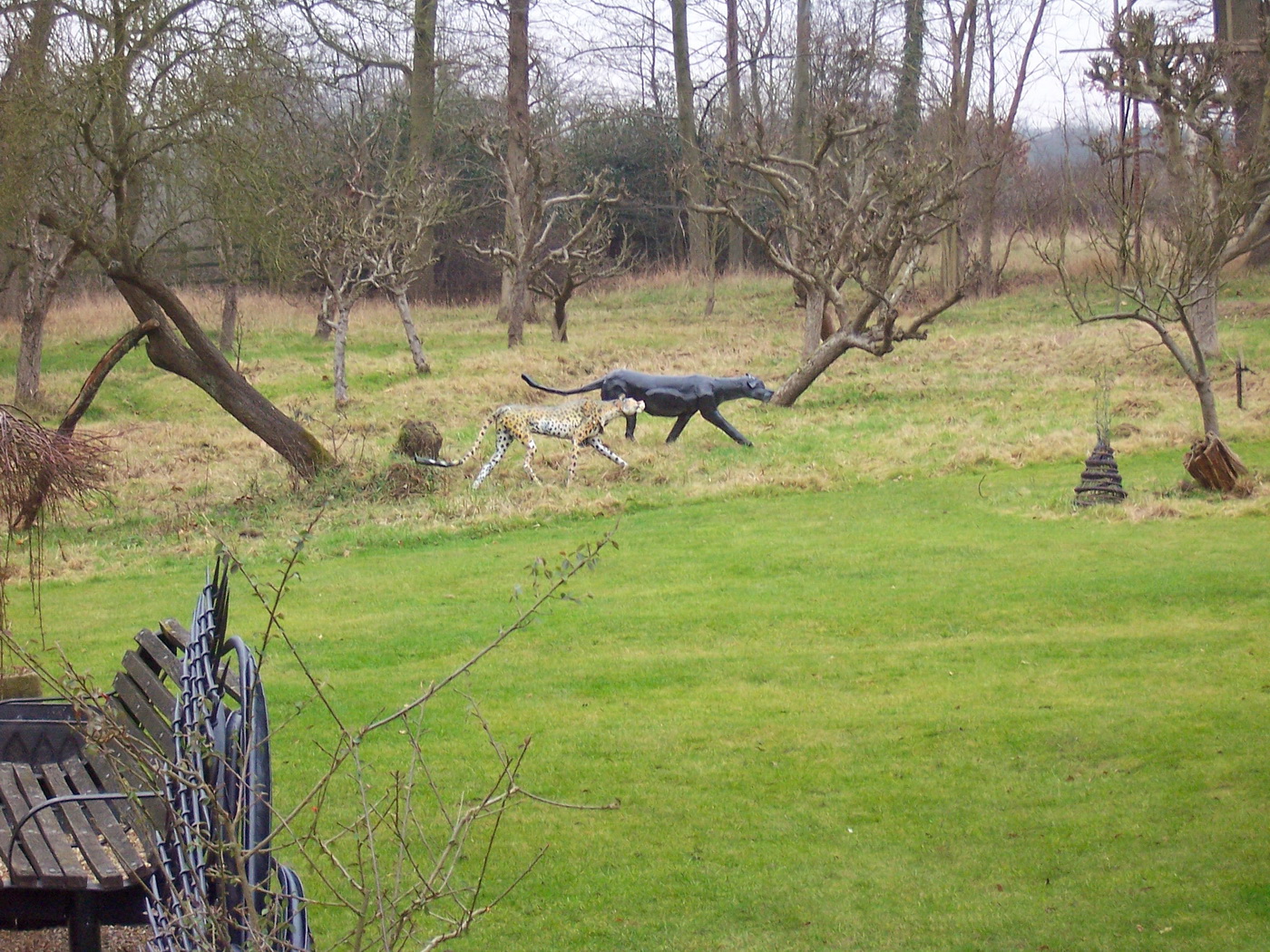 Fire and Iron Gallery is known across the world as the place to see and buy the very best metalwork by leading international artist blacksmiths.

In the beautiful outbuildings of a 1450 farmhouse, delicate jewellery is displayed alongside opulent beds and life-size steel animals.

Lucy Quinnell currently owns and manages Fire and Iron Gallery, and she has iron in her blood! Lucy’s grandparents and parents were all involved in the business of blacksmithing.

In 1989 her father, Richard Quinnell, was awarded an M.B.E. for his part in the revival of what had been, for many decades, a dying craft. During his career, Richard produced some of the most significant twentieth century ironwork in the U.K. and overseas, including the gates to Shakespeare’s Globe in London. Richard also founded the British Artist Blacksmiths.

The death of her mother Jinny inspired Lucy to adopt her parents’ dream of creating a space where artist-blacksmiths could show their work to the general public. Ten years on, Fire and Iron Gallery has developed into a lively exhibition space where hundreds of metalworkers display their creations. Special exhibitions are held regularly to complement the permanent displays, and occasional blacksmithing demonstrations take place in Fire and Iron’s purpose-built arena. Lucy continues to expand the gallery, as well as lecturing and writing on the subject and designing ironwork for individual clients.