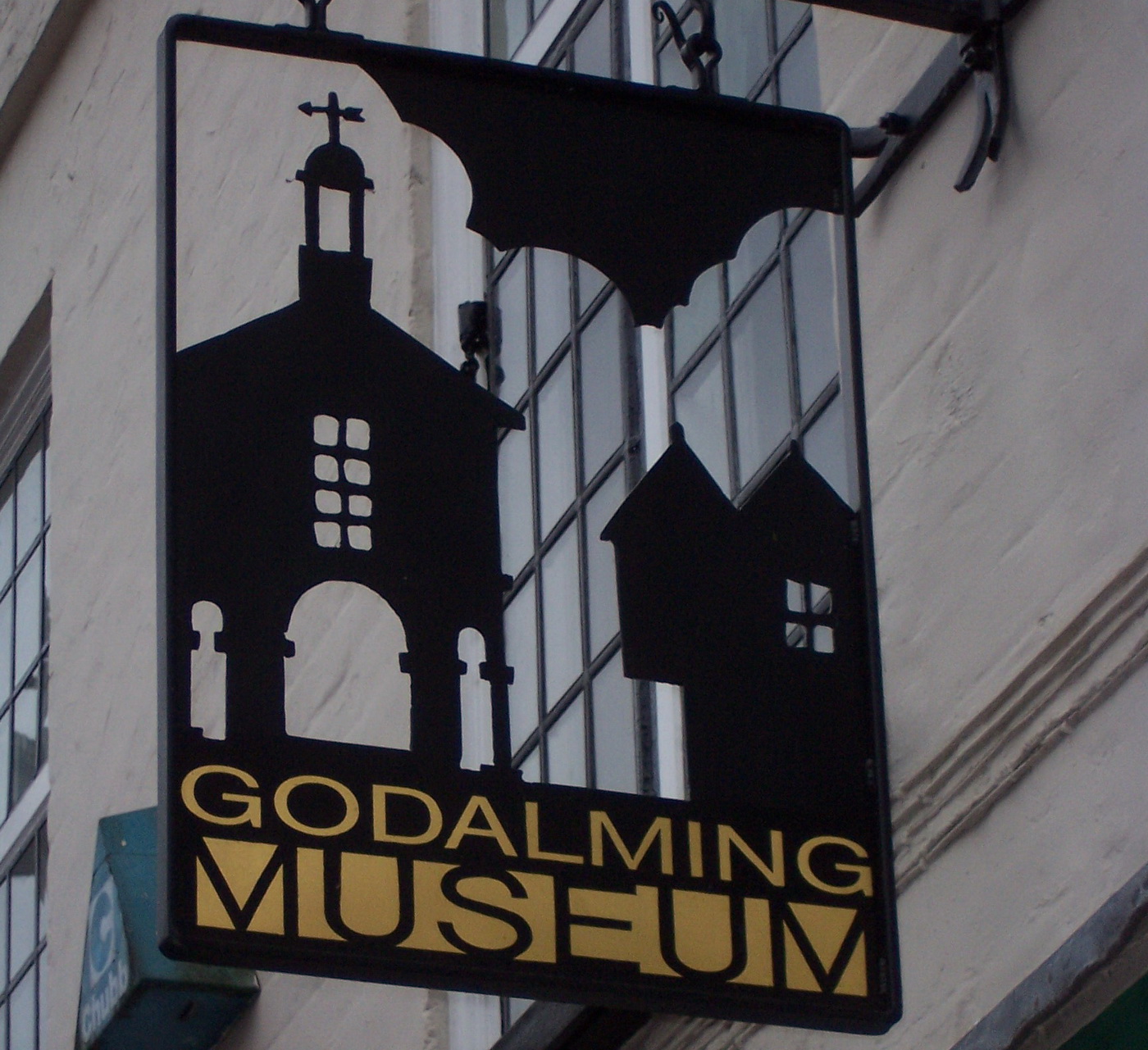 The Museum is situated in the centre of Godalming’s shopping area. Key areas of the Museum’s local collection include exhibits about Gertrude Jekyll who lived nearby at Munstead Wood, the architect Edwin Lutyens and Jack Phillips, a Godalming man who was the radio operator on the ill-fated Titanic. The museum holds copies of all of Miss Jekyll’s garden plans held in the Reef Point Collection in the USA and some of her notebooks.

The museum’s garden is conceived as a cottage garden in the Surrey style created by Gertrude Jekyll and Edwin Lutyens, using her ideas of planting and his of design. Lutyens used traditional materials and demanded the finest craftsmanship. The museum garden shows several features often found in his designs: stone paving, herringbone brick paths, old mill stones, dry stone walls and broad curving steps. The summerhouse is based on one in a nearby garden of a Lutyens’ house with a Jekyll garden.

Godalming Museum has a painting by Helen Allingham of part of the Long Border at Munstead Wood and has acquired a watercolour by Myles Birket Foster, one of the most popular Victorian artists. Birket Foster lived nearby in Witley for thirty years, taking inspiration for many of his paintings from the Surrey countryside. The museum plays an important role in the life of the town providing a valued service to schools and also offering a Local History Library, Exhibitions, and a Gift Shop.
The Phillips Memorial nearby is a cloister like building designed by local architect Thackeray Turner, with a garden designed by Miss Jekyll.