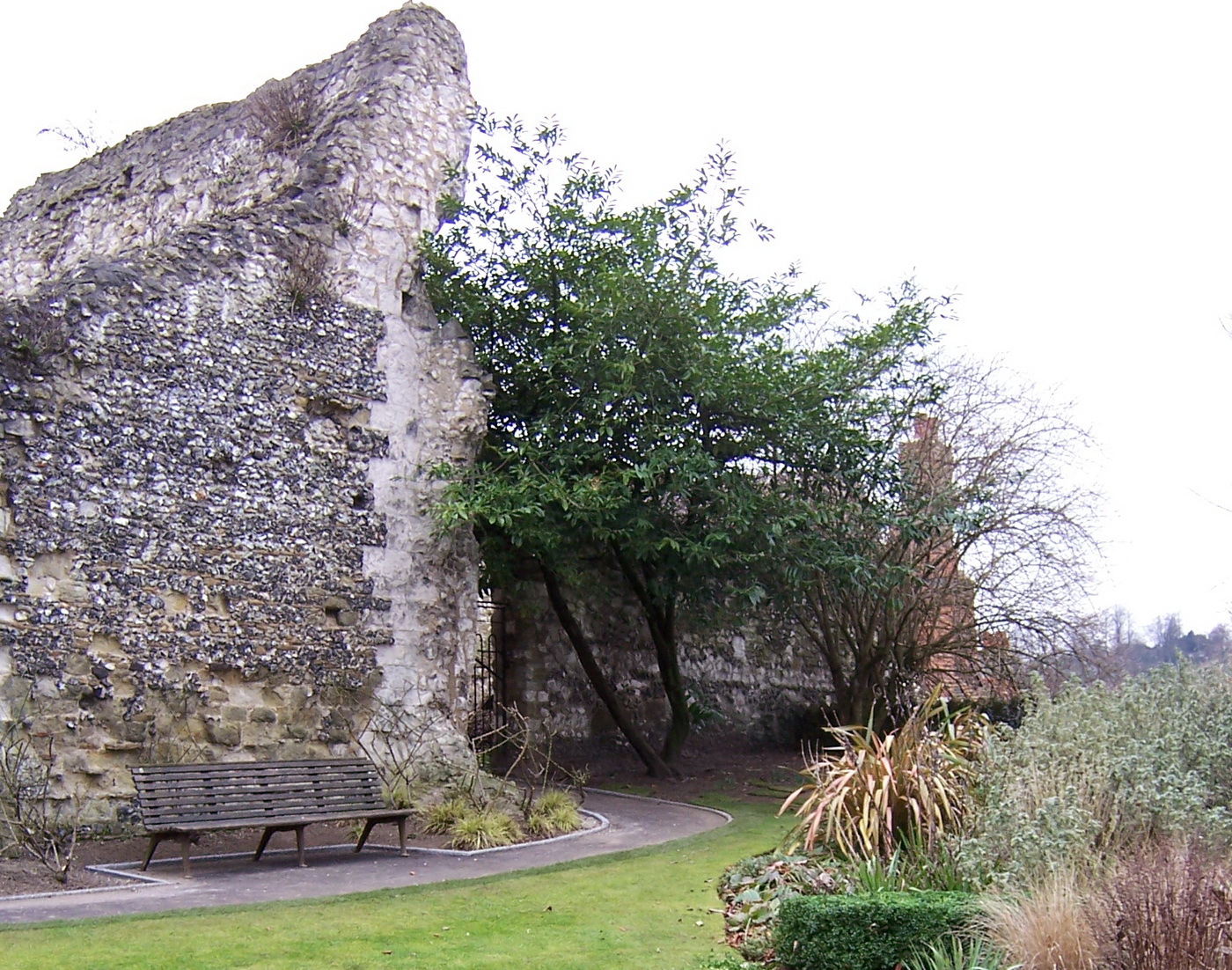 Guildford Castle started out as a Norman motte and bailey castle, built soon after 1066. The wooden defences were replaced by stone ones during the 12th century, and the motte acquired first a shell keep and then the strong but not very large tower keep that survives today. As the only royal castle in Surrey it became the centre for administration and justice, with the keep converted to use as the county gaol. The royal apartments were moved to a palace in the bailey below, which under Henry III became one of the most luxurious royal residences in England.

After Henry III’s death in 1272 the castle fell into decline, and the palace buildings were allowed to fall into ruin. In 1611 the castle was bought by a Guildford merchant, Francis Carter, who attempted to convert the keep into a private residence. This proved unsuccessful, and in 1630 the roof and floors were removed. In 1885 the ruins were bought by Guildford Borough Council who turned the castle grounds into a public park, the late Victorian landscaping of the grounds giving the motte an unusual air.

Beyond the castle to the south west, in Quarry Street is an arch from the outer gateway, part of the 13th century fortifications. Guildford Museum in Quarry Street is situated in an enlarged cottage, built into the outbuildings of the castle and was founded in 1898. It now houses the largest collection of archaeology, local history and needlework in Surrey. The archaeology collection contains Roman priests’ headdresses, Saxon coins, mediaeval tiles and a collection of 17th Century pottery/glass. The needlework collection includes, samplers, patchwork, baby clothes and lace. The Local History collection contains objects and pictures covering local trades, industries, social life, childhood and local personalities such as Lewis Carroll and Gertrude Jekyll.