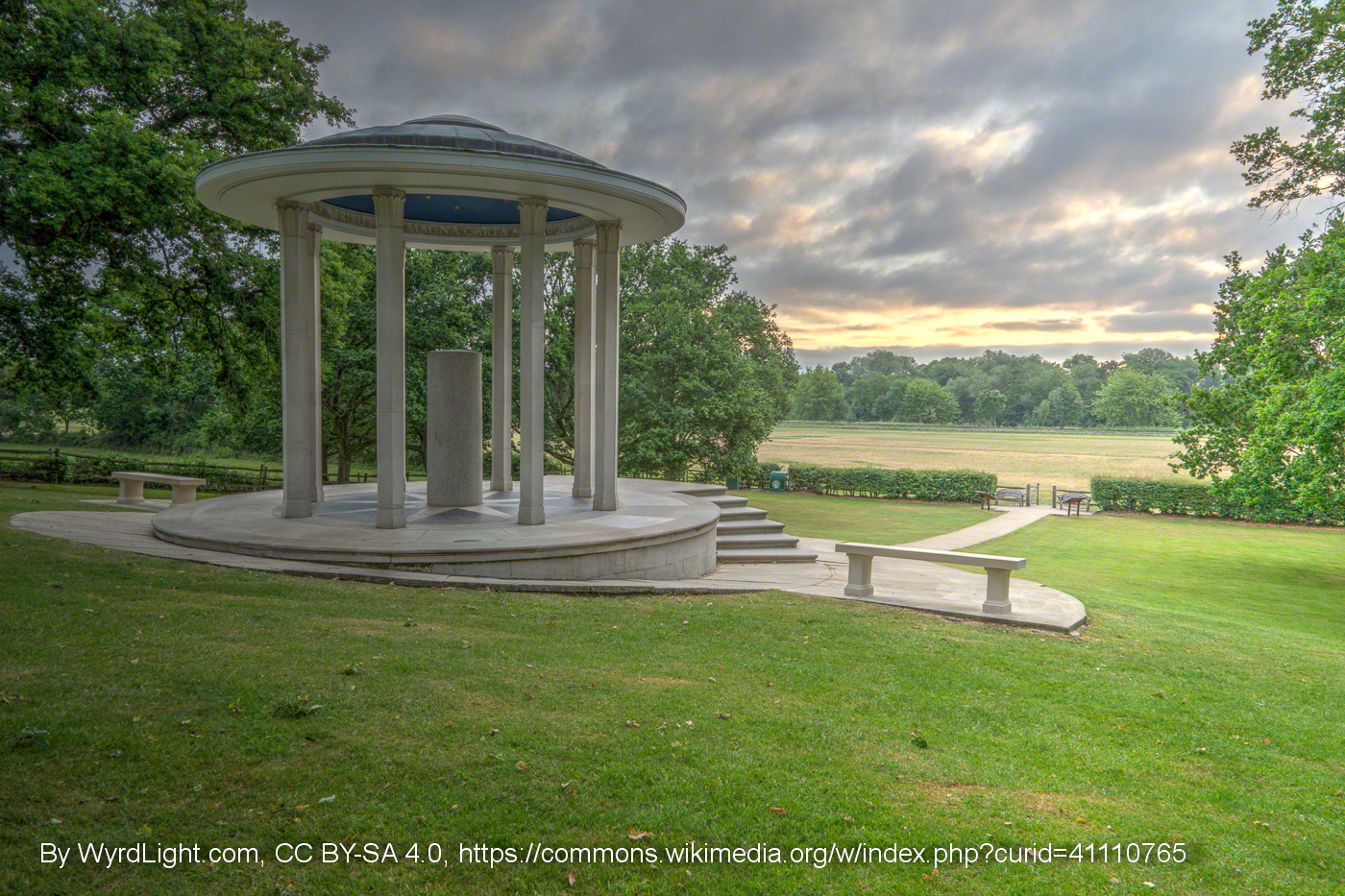 Lying beside the River Thames near Egham, the rural landscape of Runnymede with its grassland and woodland is a special place for British people and the National Trust now owns much of it.
The Magna Carta was sealed by King John at Runnymede in June 1215. Known as the Great Charter of English Liberties, it formed a peace treaty with barons. The effect was to guarantee the liberties of the King’s free subjects and to restrict his absolute power. It has since formed the basis of the constitutions of many other countries including the USA.

The Air Forces Memorial, at Coopers Hill, above Runnymede, at the top of an escarpment, is a sobering yet beautiful memorial to the Allied Air Forces who died during the Second World War, designed by the architect Sir Edward Maufe and built in 1953. An inscription over the entrance to the cloister reads: ‘In this cloister are recorded the names of 20,456 airmen who have no known grave. They died for freedom in raid and sortie over the British Isles and the land and seas of northern and western Europe’.

The John F. Kennedy Memorial to the design of G.A. Jellicoe was unveiled by HM Queen Elizabeth II on 14 May 1965 in the presence of President Kennedy’s widow and children. Part of the inscription reads: ‘This acre of English ground was given to the United States of America by the people of Britain in memory of John F. Kennedy, born 19th May, 1917: President of the United States 1961-63: died by an assassin’s hand 22nd November, 1963. ”