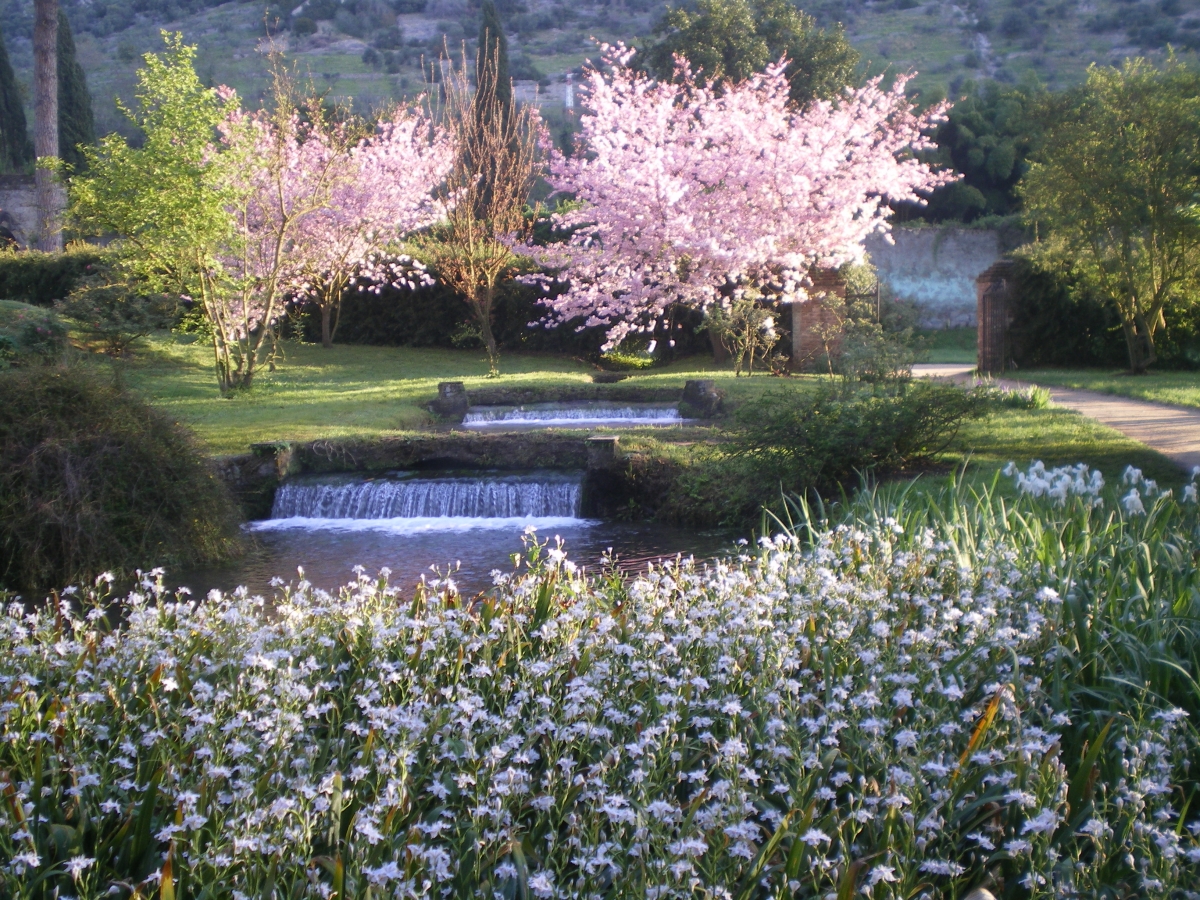 The town of Ninfa has a Roman origin and was built close to a spring. Of the abandoned medieval town remained a double wall and the ruins of a castle, churches, municipal buildings and private dwellings.

Gelasio Caetani and his English mother, in the 1920s, started the creation of a garden at Ninfa, using the potential of a site completely covered by a mantle of vegetation. But Lelia Caetani remains the true artisan of the garden and in her time Ninfa took on the romantic character we know today. Her gardening approach was inspired by her talents as a painter, selecting plants in the landscape as if at work on a canvas. In 1977 ownership passed to the Roffredo Caetani Foundation.

Ninfa comprises the medieval ruined town, the English-style romantic garden, the 17th-century Hortus Conclusus, a river and a lake. Ninfa hosts a renowned plant collection and the early-flowering ornamental cherries blossom spectacularly. Many rose varieties grow along the avenues, trees, ruins, and the river. Wild flowers are much in evidence, such as anemones, cyclamen, marguerites, and primulas.