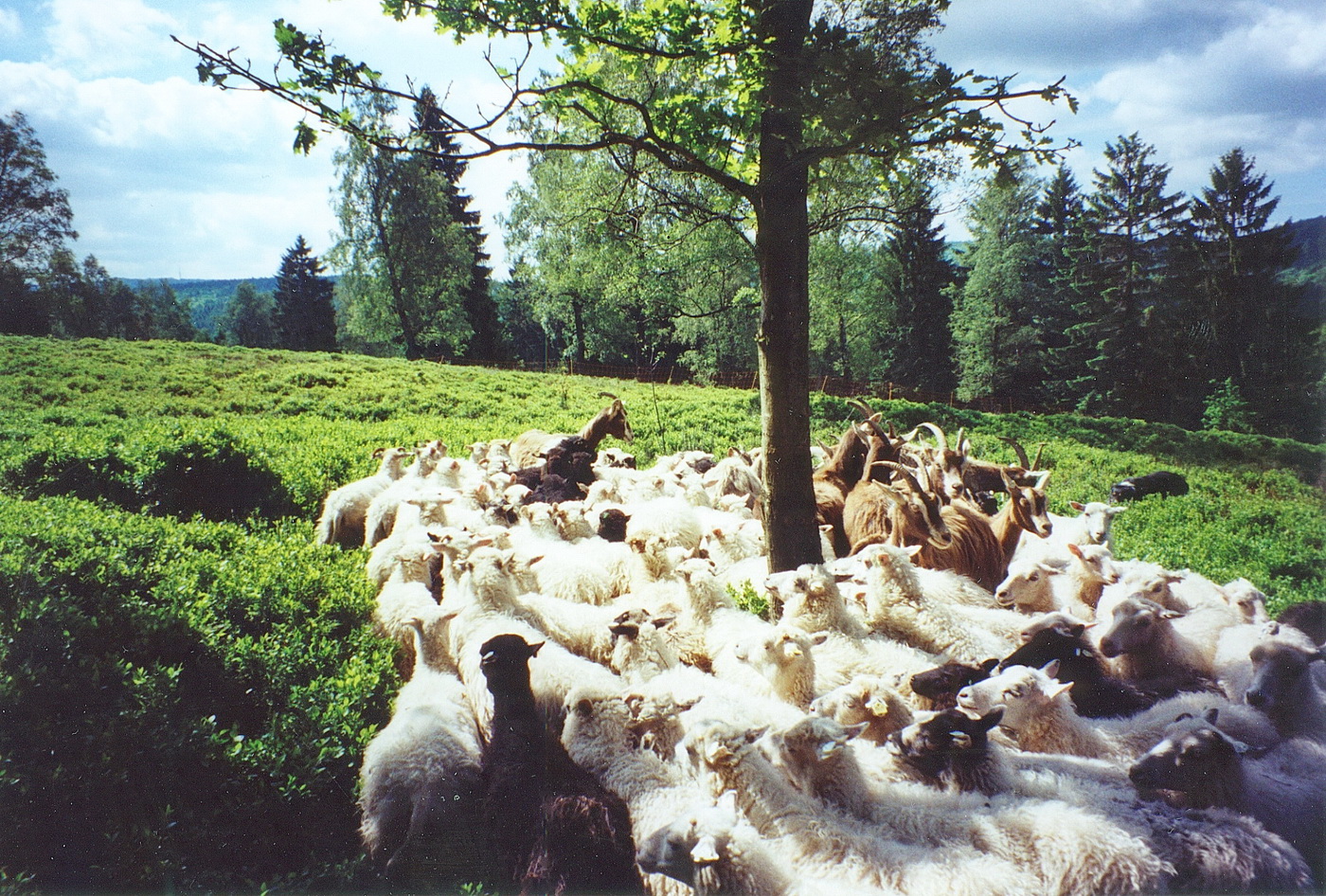 According to Tacitus in “teutoburgiensis saltus”, Arminus – “Hermann the Cheruscan”, after whom the route is named, defeated three legions of the Roman emperor Augustus in the year 9 A.D.. The oldest visible remains on the Hermannsweg, however, include the grave mounds and rampart castle complexes of Germanic culture. From the Middle Ages one finds ruined castles, old farmsteads, trade paths and mountain passes as well as still easily-recognised bulwarks. The impressive sand and limestone quarries are evidence of recent or current use.

The path meets the E1 European footpath at the Hermann monument as well as the Egge route, which continues the Hermann route to the south.

The Externsteine (Extern Rocks), which probably served as the site of ritual acts in pre-Christian times if not even as a sacred Germanic shrine, are a striking feature of the landscape. Human influence on their history began around 2,500 years ago at the latest, when a room was created in one of the rocks whose purpose was obviously the observation of distinctive states of the sun and moon, as is evidenced by the special positioning of windows, light shafts and observation seats.