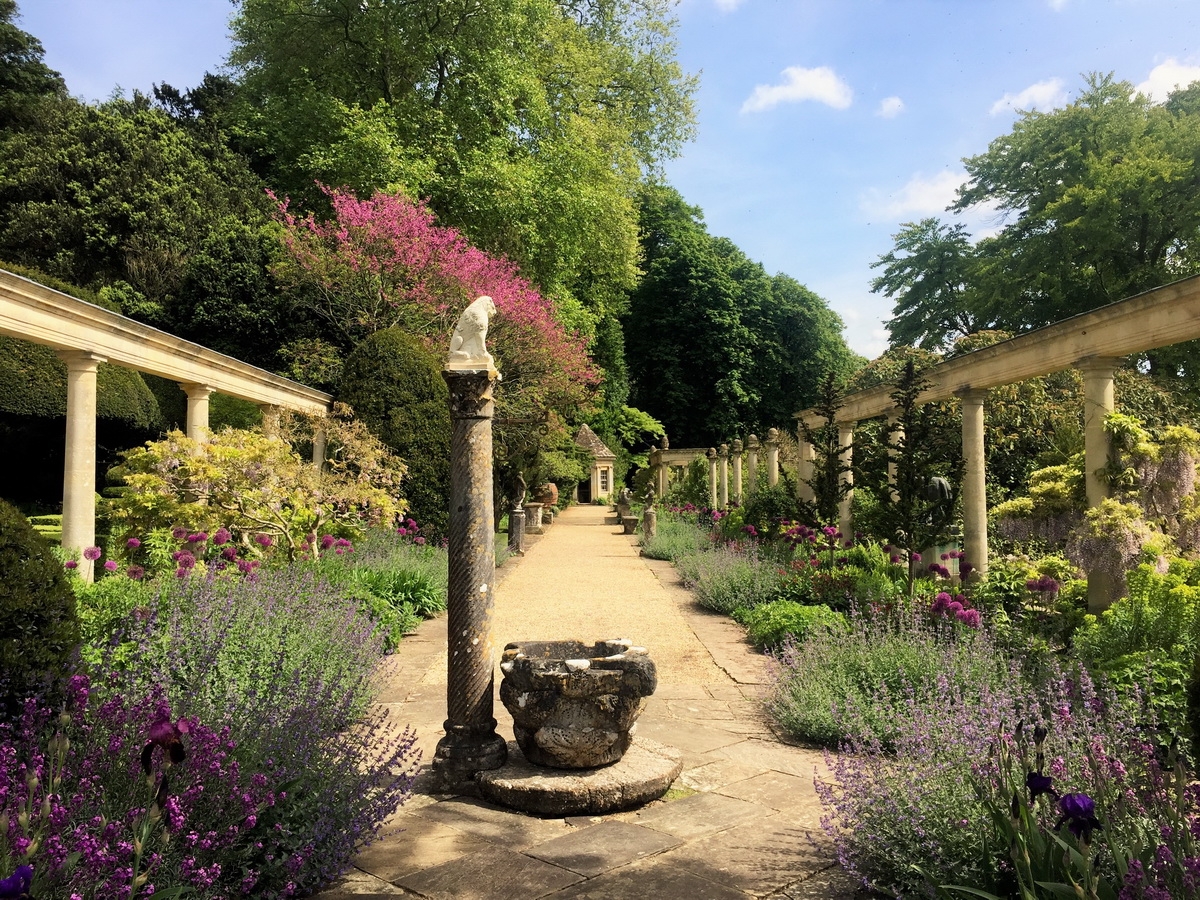 Tucked away at the bottom of a tranquil valley, a visit to the romantic, award-winning, Grade 1 listed Peto Garden is like no other. Famed Edwardian landscape designer Harold Peto designed the unique, Italiante, Grade 1 listed gardens when Iford Manor was his home, from 1899-1933. Drawing inspiration from his travels all around the world, The Peto Garden blends Italian, Byzantine, Ancient Roman and Oriental designs together. During the past 50 years, today’s owners, the Cartwright-Hignett family, have lovingly restored the garden and continued to develop it, finishing the Oriental Garden area, extending the woodland walks and redesigning areas of the garden as they age, 100 years after Peto’s original plantings.

Paths twist and turn around ancient statues, columns, terraces and architecture which, combined with ebullient planting schemes, draw you on in anticipation of the next delight. After each step a new view is revealed, allowing visitors to marvel in the clever nature and beauty of the design. Steeped in history and located on the last hill of the Cotswolds, with the Wiltshire/ Somerset border running through the garden itself, visitors often say a visit to The Peto Garden was like stepping into another, timeless world.

Occupied since Roman times, the secluded Iford valley provides a welcome break from the pressures of modern life. Famed Edwardian garden designer Harold Peto made Iford Manor his home from 1899-1933, having been seduced by its Georgian façade beside the babbling River Frome, as visitors are today. The individuality of the award-winning, Grade 1 listed garden owes everything to Peto’s inspiration and eye for combining architecture and plants.

The Peto Garden is built into the steep hillside, with terracing and architecture forming an important element of the design. Peto was particularly attracted by the charm of old Italian gardens, with flowers planted amongst cypresses, broad walks, statues and pools. Today’s owners, The Cartwright-Hignett family, have restored the design and planting in accordance with Harold Peto’s vision. Over the years, they have transformed the previously unfinished area of the Oriental garden and extended the woodland walks above The Peto Garden with views over the unspoilt Iford Valley.

Visitors can enjoy the architecture of several listed buildings/ architectural features created by Peto in his garden. The Italianate design of the Loggia, the Great Terrace, the Casita and the Romanesque Cloisters transport visitors to Italy in their mind, especially on a sunny day. There is also a delightful English, Georgian summerhouse that Peto relocated from the walled garden to The Peto Garden as part of his redesign. The careful placing by Peto of his collection of Italian, French and Spanish antiquities, collected from his travels, often reflect the history of the garden and its previous owners. Though never with any large funds at his disposal, Peto always had a discerning eye for quality and a flair for putting the right piece in the right place.

The main body of Peto’s garden design work took place during the Edwardian period, so that simultaneously with the development of Iford came the designs for many other prestigious gardens. Peto is best known for his work on properties and gardens in the Cap Ferrat, both then and now home to many of the world’s most expensive properties. At the turn of the 20th century, Cap Ferrat was even nicknamed ‘Peto Point’ in reference to the large amount of work he undertook there.  Other gardens where Peto’s work can be seen include Buscot Park (UK) and Ilnacullin Island (Eire). However, his own garden at his home, Iford Manor, remains the least formal of his gardens and was known to be his ‘showroom’ for prospective clients.

Set in 2.5 acres, this steep hillside Italian-style garden affords the visitor wonderful views of the valley. The woodland gently encroaches onto the garden, lending a wild and romantic feel to it.  A number of original plants remain: the standard Wisteria sinensis; Phillyria latifolia; Buxus sempervirens which also grows in tree form in the woods; Cupressus sempervirens; Hemerocalis citrina, the scented day lily; and, in the long grass by the Cloister, naturalised Martagon lilies.

The Peto Garden at Iford Manor in Wiltshire won the Historic Houses Association/Christie’s 1998 Garden of the Year Award given in recognition of a garden, outstanding both for its horticultural and public interest. It also won “The Little Treasures of Britain” award in the 2017 Group Travel Awards.

Harold Peto never appears to have entered openly into the controversy that raged between the formal and landscape gardeners during his lifetime. However, his clear preference is for structure throughout the year in the garden, a theme learned by his apprentice Sir Edwin Lutyens who trained under Peto. However, Peto recognised that it is essential to balance the hard and the soft components within a garden, so the architecture is accompanied by ebullient planting schemes. Whilst their overall styles are quite different, Peto often corresponded with his respectful contempories, Gertrude Jekyll and William Robinson, as they enjoyed exchanging many ideas on new plants.

Working at a time when there was much interest in Italy and its gardens, Peto was not alone in bringing aspects of that garden culture to England, but he was perhaps its best exponent. 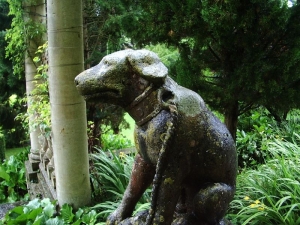 Admission price:
Adults: £6; Concessions: £5.20; Children under 2: free
Groups by appointment only and welcome out of hours. Please contact info@ifordmanor.co.uk for details