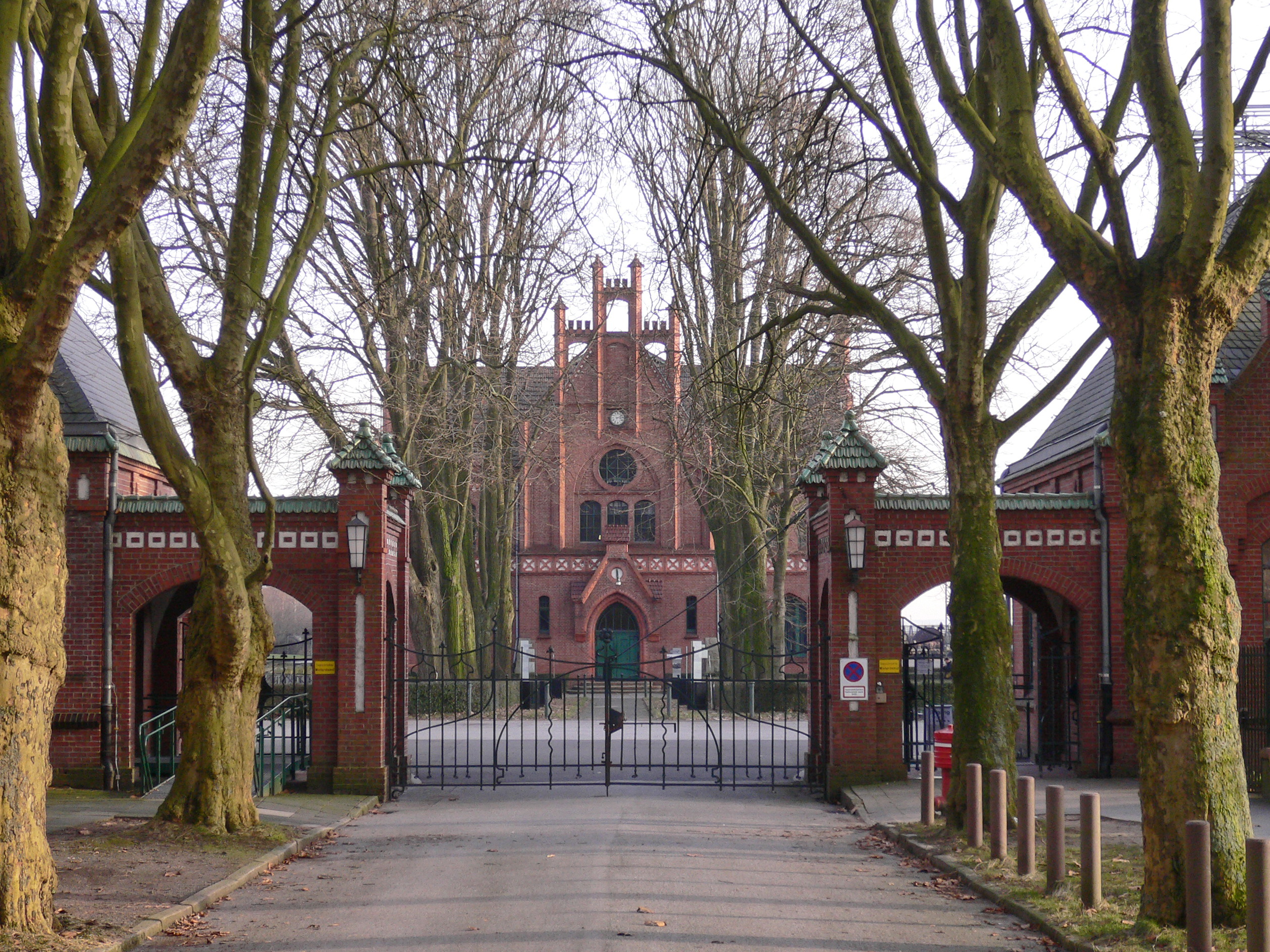 The Gelsenkirchener Bergwerks AG became the largest mining company in the Ruhr area when it built the Zollern II/IV colliery (1898-1904). This “model mine“ had the function of confirming the company’s prime position and strengthening its prestige: only the most modern technology was implemented and the buildings were designed in detail to fit into a specially-conceived overall architectural concept.

The visitor passes through the gates and crosses the large-scale green courtyard, which is flanked by imposing side buildings, then walks towards the central administration building. The symmetry of the two winding towers follows, then the visitor encounters Bruno Möhring’s enchanting machine hall with its Art Nouveau portal and marble control panel. The grand palatial-style architecture combined with the state-of-the-art technology and construction style ofZollern II/IV documents the transition from historicism to Art Nouveau.

These attractive surroundings form a stark contrast to the hard work of the miners. A permanent exhibition at the Westphalian Industrial Museum including a mark room, wash house and lamp room gives a vivid impression of their hard lives.

The miners’ housing estate “Landwehr“, which was erected in front of the colliery gates, is a model housing scheme with many gardens. The effects of mining on the countryside can be seen on the adjoining former slag heap (landslides, mounds, and water regulation), but one can also see how nature regains ground, resulting in nature reserves and recreational areas.