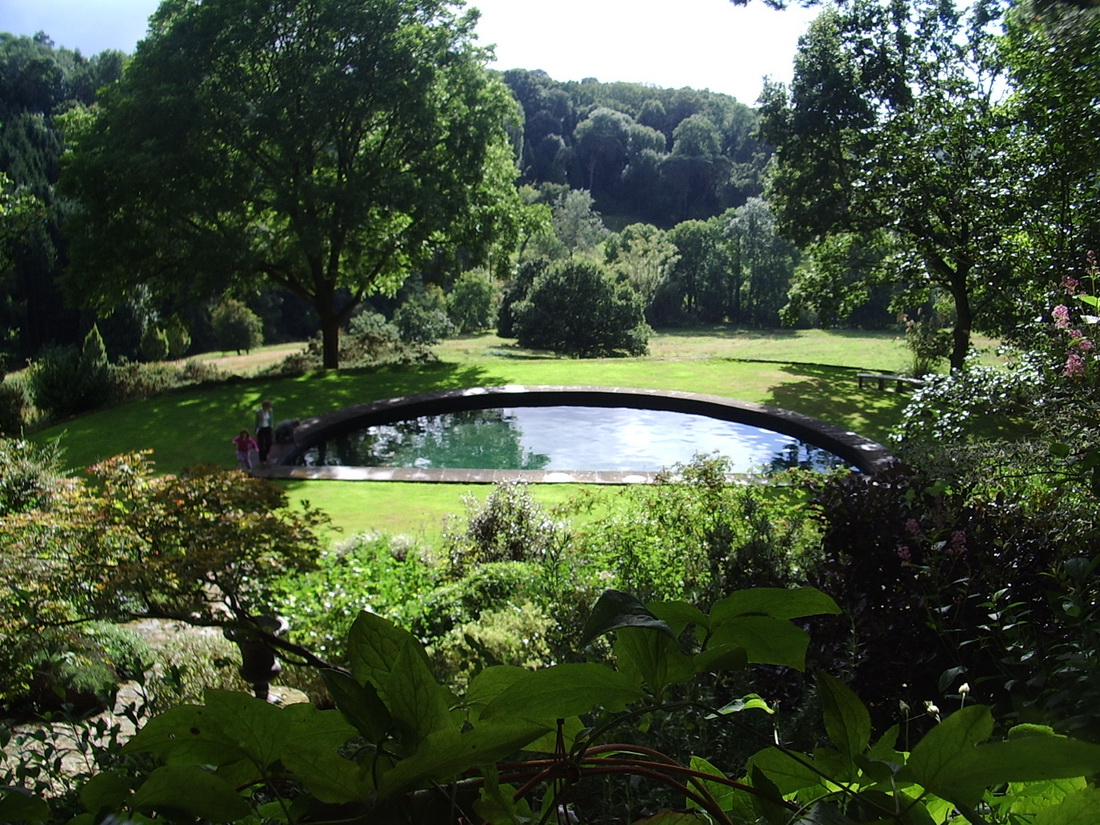 Kiftsgate Court sits on top of Glyde Hill in the Wiltshire Cotswolds. The house was finished at the end of the nineteenth century and the garden is the twentieth century product of three generations of women and their families: Helen Muir, her daughter Diana Binny and her daughter, the current owner, Anne Chambers.

The garden is a mixture of a formal style and that of a cottage garden. Visitors can see a variety of borders and beds, a white garden, a bluebell wood and even a late twentieth century water garden built recently by the current owners. Each successive gardener has left her own mark, improving the garden’s character.

It is a place to take your time, relax and wander through a wide variety of plants. Note the wide use of bright and colourful roses all over the garden and particularly in the rose bed.

Kiftsgate Court was built between 1887 and 1891 by Sydney Graves Hamilton, the owner of a large manor house in nearby Mickleton. The Georgian front from this manor was transported up to Glyde Hill to become the new house. Mr and Mrs J.B. Muir bought Kiftsgate in 1918 and the manor has remained a country home ever since, currently being lived in by the Muir’s grand-daughter, her husband and their three children.

The garden is a product of three generations of women, each taking their horticultural education from their mothers, adding their own stylistic touches where they could. Heather Muir, the original owner, had no agricultural training but decided to create a garden on the upper areas of the garden around the house. She laid the colourful beds, hedges and paths.

The upper tier is home to the Four Squares and Terrace overlooked by an enormous leafed Magnolia delavayi. Four formal beds full of peonies, Salvias and Butterfly Bush (Buddleia crispa) surround an ornamental sundial and gorgeous pink roses, including Rose Rita, provide a dash of colour.

To the north and north east of this formal feature are selections of borders. The wide border directly in front of the house blooms in summer and is full of many herbaceous geraniums, campanulas and penstemon as well as the intriguing burning bush (Dictamnus albus purpureus), with seed heads that can be ignited at no harm to the plant!

Stretching eastwards the striking yellow border is a home to blue, yellow and orange herbaceous plants against varying textures and shades of green foliage. At the end of the border the yellow rose Graham Thomas, tall blue delphiniums, a yellow leafed Japanese Maple (Acer japonica aureum) and the purple tapestry hedge make a particularly impressive display.

Running parallel to the yellow border is the rose border where a blue brick path is flanked either side by a wide selection of fragrant roses including low hedges of striped Rosa gallica versicolor and crimson Rosa gallica. The borders are home to a variety of old fashioned shrub roses that flower in June and a variety of perennials including geraniums, penstemons and salvias to provide colour all year round. The border is also home to the Kiftsgate Rose, a unique and particularly virulent form of Rosa filipes that was discovered at Kiftsgate in the late 1940s.

At one end of the rose border a bridge takes you over a peat bed home to large lace cap hydrangeas including hydrangea villosa, hydrangea aspera and hydrangea xanthotheas wilsonii. Over this bridge Kiftgate’s white sunken garden can be discovered, planted around a wellhead bought at the Chelsea flower show by Diani Binny, the daughter of Heather Muir. The original plan to have the garden entirely white has since been changed to include other colours, but the large shrubs are all white. In spring the garden’s bulbs burst into life including Dog’s tooth violet (Erythronium White Beauty) and Bloodroot (Sanguinaria Canadensis). In late summer and early autumn the borders come alive with hydrangeas, Japanese anemones, toad lilies and asters.

The latest addition to Kiftsgate can be found at the other end of the rose border. Anne Chambers and her husband decided that the tennis court was unplayable and had it converted into a modern water garden. A rectangular pond full of black water is home to a grass island, a set of stepping-stones and twenty-four stainless steel stems toped with gilded bronze leaves, designed by Simon Allison an effective and contemporary feature.

The lower garden has the most benign climate and is shaded by massive Monterey pines nearly a century old. The deep roots of these trees sap most of the moisture from the soil and it is now home to drought tolerant plants such as cistrus, rosemary and ceanothus. Further down the current owners have created an exotic bed full of echium, agave, puyu and even bananas from the Scilly Isles.

A summerhouse overlooks a swimming pool installed in the 1960’s at the very foot of the garden where a ha-ha drops away into marvellous views of the countryside. The area around this swimming pool is the home to many tender plants including the pale lilac Flowering Maple (Abutilon vitifolium), the Canary Island geranium (Geranium palmatum), the Chinese lantern plant, Chrinodendroms (Crinodendron hookerianum) and ‘Elizabeth’ Carpentaria (Carpentaria californica). This garden is a special place and visitors are impressed with its contemporary feel set against its historic charm. 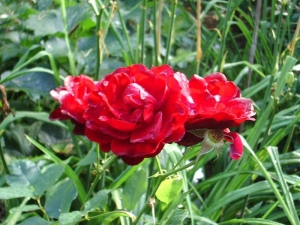 The Gardens of Bishop’s Palace