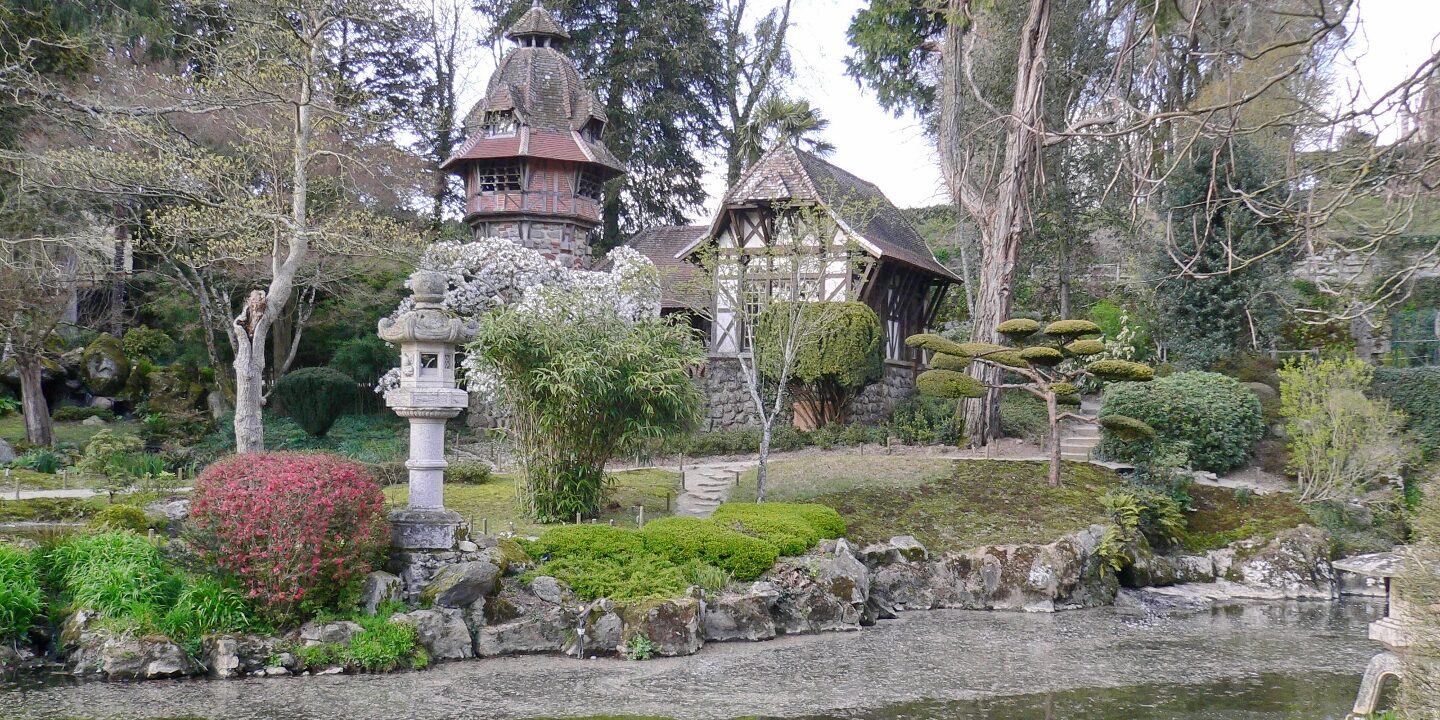 The Oriental Park in Maulévrier is one of the largest Japanese gardens in Europe. The course of the river and the different areas of the garden (crane island, Khmer temple, Buddha, Naya head) symbolise human life from birth to death.

300 kinds of plant transform the park into a sensory experience in each season and invite the visitor to pause and meditate. In 2004, the night garden was opened. There, the visitor can go for an unusual stroll through light and shade.

The Oriental Park in Maulévrier is one of the largest Japanese gardens in Europe. The course of the river and the different areas of the garden (crane island, Khmer temple, Buddha, Naya head) symbolise human life from birth to death. 300 kinds of plant transform the park into a sensory experience in each season and invite the visitor to pause and meditate. In 2004, the night garden was opened. There, the visitor can go for an unusual stroll through light and shade.

In the Japanese Park of Maulévrier, the visitor experiences a particular way of living, which was developed by an industrialist in the 19th century. The 29 hectares of the park, which belonged to Château Colbert, were bought by M. Bergere. At his request, the architect Alexandre Marcel restored the park and, between 1899 and 1913, he created a Japanese-style oriental space. Today, the park is independent, but is still linked to the château. The tastefully-restored château with its principal rooms and dormer rooms as well as a restaurant where gourmets appreciate first-class traditional regional cuisine, invites the visitor to a meditative and poetic sojourn.

The Oriental Park is situated 12 km from Cholet, on the borders of the regions of Maine-et-Loire, Deux-Sèvres and La Vendée, and 20 km from Puy du Fou. It is one of the largest Japanese gardens in Europe and provides an increasing number of visitors with the opportunity to discover the art of garden design from the Far East.

The path, which follows the course of the river, is accentuated by numerous decorative elements of Japanese garden art – bridges, Khmer statues, Japanese lanterns and a pagoda. The course of the river from east to west evokes the path of the sun and the cycle of life. The park is also called a “garden of change” because of the cycle of plants and the varying flow of the water. Standing at the river, the visitor has a view across the wooded slopes. Dense rows of tree trunks and leafless stalks the height of a human being, result in a transparent, tamed and penetrable landscape, giving the vegetation a certain fluidity.

The style of the garden is akin to the promenade garden of the EDO period (16th century). The main element is water, which takes up about a third of the overall surface. The Moine flows from east to west. It symbolises the path of the sun but also human life from birth to death and all the numerous changes and developments between these two phases, which all living things – water, earth, plants, humans – can experience. Along the way, the water changes – calm water, agitated water, cascades. That is why it is called the “garden of change”. The visitor will find crane and turtle islands in an approximately two-hectare, man-made lake. These islands symbolise paradise.

The significance and sacred nature of this area is signalled by the red colour of the bridge and the torii on the crane island – an archway symbolising the entrance to paradise. The bamboo-cane barrier which blocks the entrance to “paradise” reminds the visitor that this is a protected, sacred and spiritual place. In the 16th century, only emperors, priests and gardeners were allowed to enter these parts of the gardens.

The (animal) names given to these islands take up a well-known principle of Taoism: ying and yang . The animals differ – the crane is at home in the skies, the turtle lives in the seas. Each of these animals is also a symbol: the crane stands for fidelity, the turtle for longevity.

The lush vegetation includes approximately 300 kinds of plants. It consists of evergreens, spring and summer-flowering plants and those which take on interesting colours in autumn. Thus all the seasons are visually marked and the visitor can observe change in the garden throughout the course of the year.

Spring is the season when growth begins, buds burst open and everything grows and thrives. It symbolises childhood and youth.

Summer is the season when the foliage of the trees and shrubs is at its thickest. It is also the time when the fruits are produced. This period evokes adulthood, active life, maturity and the role of parents.

Autumn is the season when the green summer foliage takes on vibrant colours before the trees shed their leaves. This season symbolises old age. The rich range of autumn shades evokes the richness of knowledge and experience which we “show” to following generations, which it is our duty to pass on to them.

The night garden was opened in 2004. An unusual walk through light and shade awaits the visitor – a poetic, enchanting and even philosophical stroll accompanied by acoustic effects.

The park has received several awards and prizes for its work in recent years. 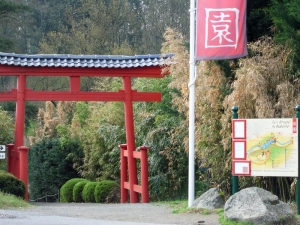