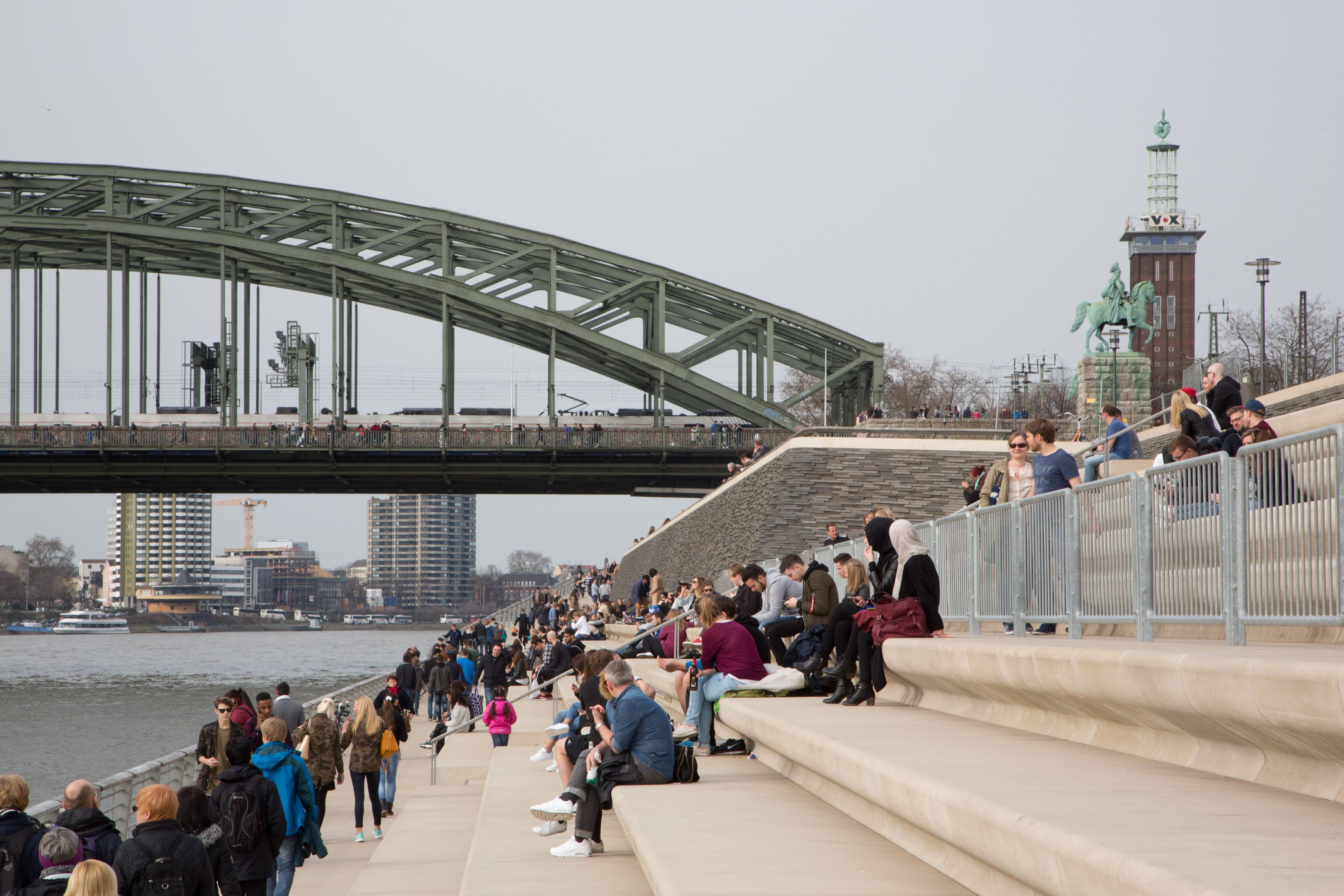 The Rheinboulevard is one of the projects in Cologne that were initiated within the framework of the Regionale 2010. The central element of this project is a 500 meter wide outside staircase leading directly down to the Rhine’s right bank. From here the view onto down-town Cologne on the opposite side has a totally new quality.

The banks of the Rhine in Deutz received a representative front as a counterpart to the promenade on the left bank of the Rhine. This new boulevard will reach from the Tanzbrunnen to the Severinsbrücke. The boulevard was designed in Berlin by the Planaroma office for landscape planning.

The work is being carried out on historical ground. Here the Roman castle Castrum Divitia marks the core centre of the town Deutz. In the 19th century this was the location of cuirassier barracks. Therefore the archaeological excavation surface was extended to 4,000 square meters. The excavation exhibits are to remain in an archaeological park and also to be partially visible.