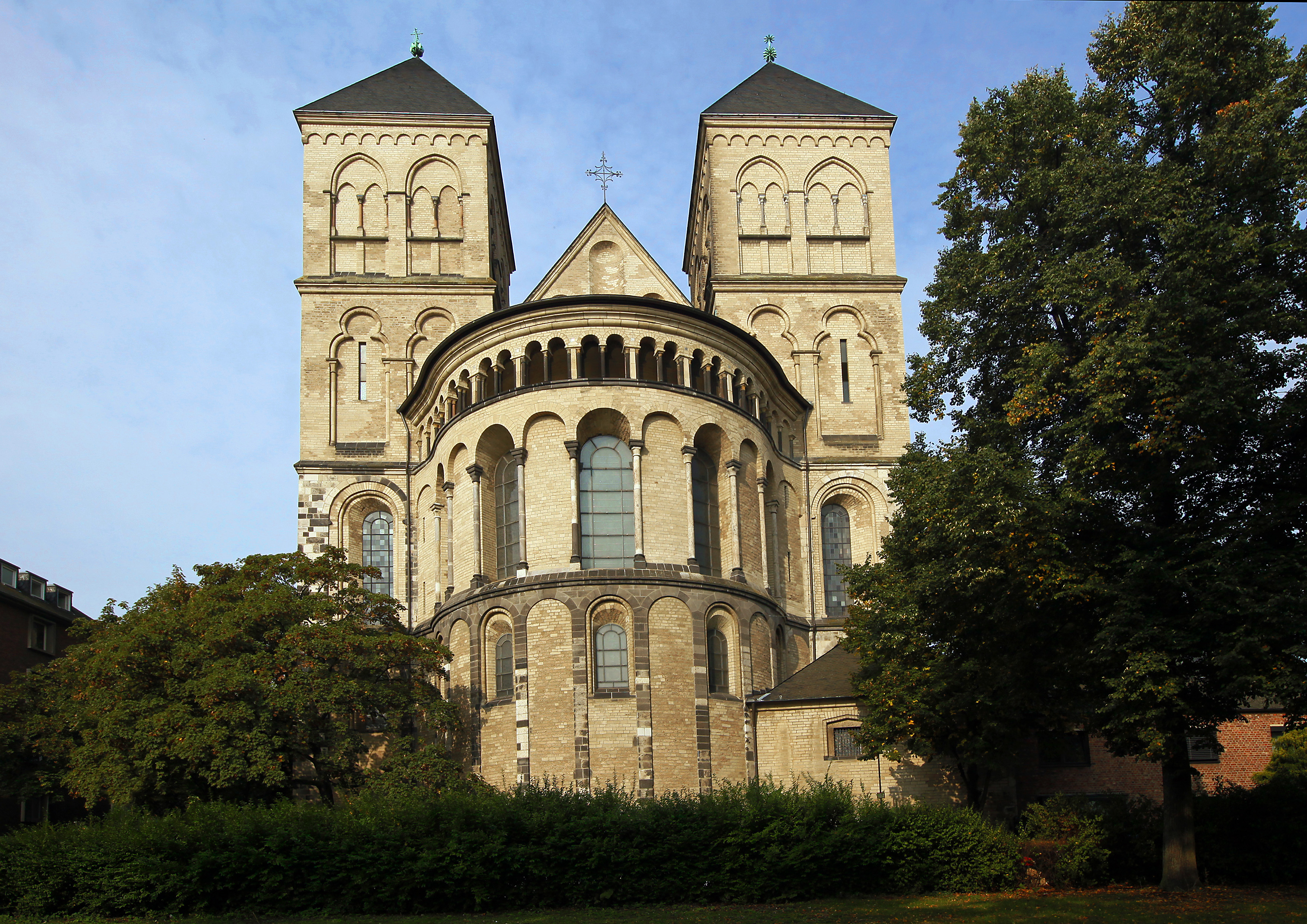 The Romanic churches in Cologne are twelve historic witnesses. These churches have shaped the picture of the city since the 12th century. After the destructions of the Second World War and the rebuilding of the churches, Colonia Romanica once again shines in its pure beauty.

St Andreas built in late Romanesque style is located only a few meters from Cologne Cathedral. The highlight of St Aposteln on the Neumarkt is the cloverleaf-shaped choir under the dome. Since 1956, St. Cäcilien has been the seat of the Schnütgen museum for medieval art. St. Georg the remaining preserved pillar basilica built in Romanesque style in the Rhineland looks like a stronghold. The huge central space of the basilica St. Gereon was built in four stages. St. Kunibert the youngest Romanesque church dominates the Rhine panorama to the north. St. Maria im Kapitol is Cologne’s largest Romanesque church. Pope Leo IX consecrated the nave in 1049. St. Maria in Lyskirchen is the smallest Romanic church in Cologne and lies nearly directly on the Rhine. The mighty crossing tower of Groß St. Martins has dominated the panorama of the historic city centre since the middle ages. The Romanesque church St. Pantalean built in the 10th century belongs to the oldest sacral buildings in Cologne. The former collegiate church St. Severin in the southern part of Cologne was extended several times. In the 12th century the church St. Ursula was built as a galleried basilica.