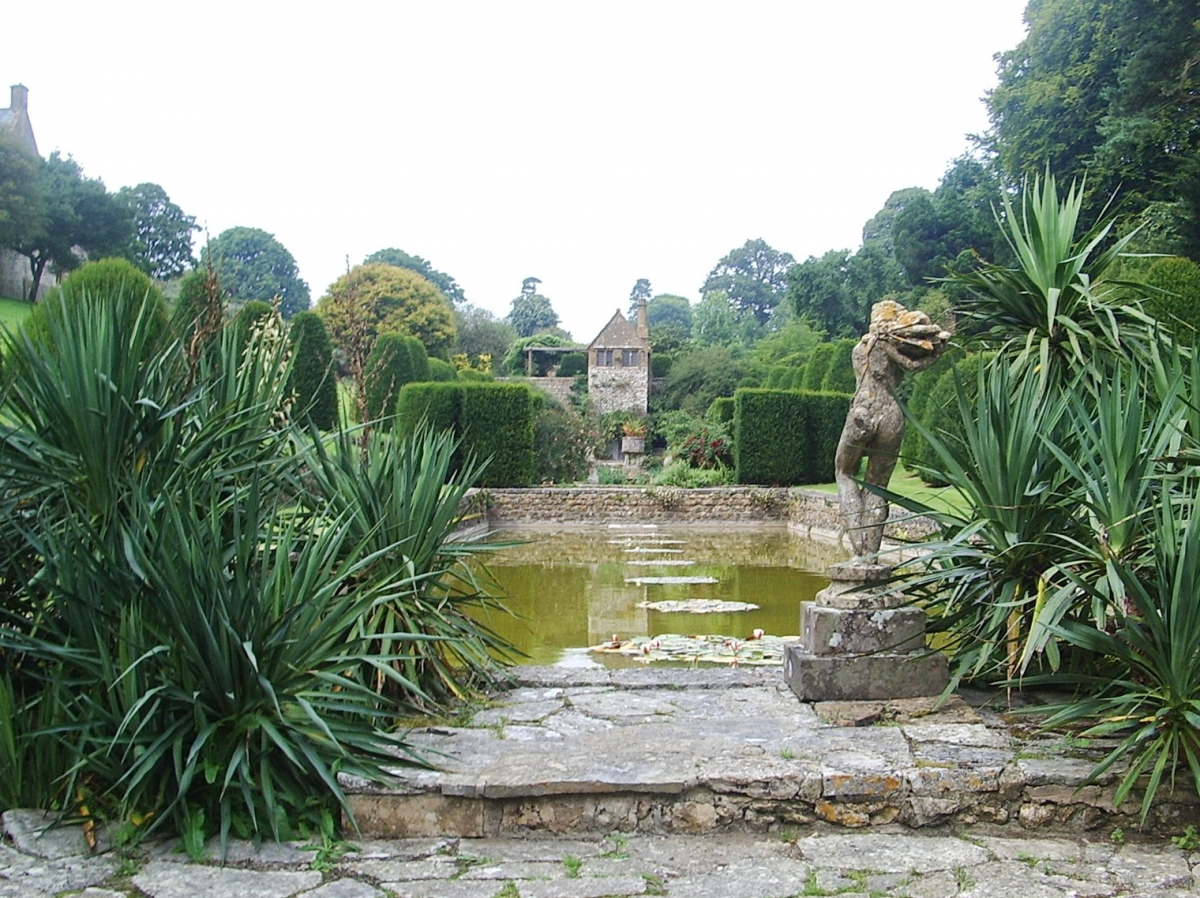 The garden’s of Mapperton house in Dorset are one of the regions most unique and romantic gardens. Mapperton began as a formal Edwardian Italianate garden where nature has been allowed to encroach and soften its sharp edges. Like a creation from a fairy tale it unfolds down the valley, seamlessly becoming one with the rolling countryside.

A visit to Mapperton will take you through formal gardens and then gently into the woods and countryside. A variety of walks can take you for miles around in the beautiful Dorset countryside, some leading to spots where the English Channel can be seen, only five miles away.

Visitors at the right time of year can also visit the Jacobean house, still owned by the Earl of Sandwich and All Saints Church, dating from the twelfth century. Check the website for detailed opening hours.

Mapperton is one of Dorset’s oldest manors, appearing in the Domesday Book of 1086 as a residence of William de Mohun, Sheriff of Somerset. For 800 years it belonged to the same family, passing through the female line.

The present house was originally built in the 1540s by Robert Morgan, and rebuilt in the 1660s. In 1919 Mapperton was bought by Ethel Labouchere and after her death in 1955 it was sold to Viscount Hinchinbrooke (Victor Montagu) who passed the estate to his son and daughter-in-law, the Earl and Countess of Sandwich, upon his death in 1995.

Mapperton’s romantic setting and sense of tranquillity make it one of the most distinctive gardens in southwest England. Around the house a small courtyard garden dating from the seventeenth century leads into a flat croquet lawn. In dry summers ‘parch marks’ show where a formal garden was originally laid out within the grey Portland stone walls clothed with magnolias, wisterias, camellias and roses.

At the foot of the croquet lawn a bank plunges down towards the formal gardens in the combe adjacent to the house. At the highest point sits the Fountain Court, an Italianate garden of stone, grass, topiary and water. The stream links the gardens through a series of pools and arboretums. Standing from the top of the gardens, the garden landscape gives the impression of a river flowing through to the ocean.

Mrs Labouchere replaced the Victorian gardens in the 1920s with the Fountain Court, leaving her mark with her own distinct design touches. She installed the topiary of box and yew, the octagonal pool, the stone benches and tubs, two grottoes and the Croquet Pavilion. Mrs Labouchere was a keen water painter, and an exploration of both of the grottoes will reveal fireplaces that kept her warm on rainy days. Victor Montagu had the garden simplified a little and added a neo-classical Orangery at the top of the garden. The warm building is full of roses, clematis, vines and other climbers that stretch upwards to the ceiling. Montagu’s vision was to open up the garden and realise the gorgeous vista that can be seen from his Orangery today. The current owners have decided it is best to consolidate the garden’s luxuriant qualities and offset the formality of the stonework and lawns with blousy, flourishing flora. The beds are planted with such as Lavandula ‘Twickle’ (Lavender),  Malus x robusta (Red Sentinel) and the fountains are surrounded by bergenias, Paeonia delavayi, (Tree paeonia), Hydrangea aspera, (Villosa Group) and Acanthus mollis. In a Lutyens stylish feature, daisies break through between the steps and all around the stonework, giving a relaxed, open feel to the garden amongst the stone statues of herons and shaped bushes.

Winding walks take you further down the combe to the seventeenth century fish ponds, still home to carp and water lilies. On a clear day the dark, still water reflects the seventeenth century pool house standing over them. Victor Montagu restored the pools and installed the row of yews to the lower pool. He also employed Colonel Vernon Daniell to plant a shrub garden of eleagnus, euonymus, prunus and berberis to the east of the lower pool, which is now named after him. A path on the eastern side of the gardens glides past a small round pool garden with a bench and tricking water fountain, a favourite place of Mrs. Labouchere to sit and paint the rolling hills of the countryside beyond.

Victor Montagu’s most sizable addition to the gardens was the Wild Garden at the bottom. Here the water from the pools trickles its way down through a planted arboretum, representative of his wide taste in gardening. Amongst the winding walks explorers can find glades of magnolias, guilder roses and dogwoods including Cornus nuttali, Cornus kousa and Cornus contraversa ‘Variegate.’ He planted a wide variety of trees including Lirodendron tulipfera (the tulip tree), Davidia involucruta (the pocket handkerchief tree), Metasequoia glyptostroboides (the Dawn Redwood) and Paulownia fargesii (the foxglove tree). With this addition to the garden Montagu had fully realised his vision of making the garden blend into the countryside around it. This garden provides that overlap between the formalised created garden and the apparent ‘natural’ image of the carefully managed countryside. 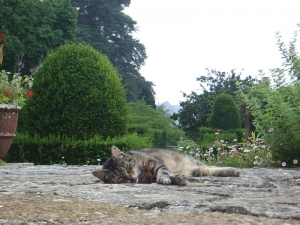 The Gardens are open from 1 March 2017 until 31 October from 11am to 5pm every day of the week except Saturday.

The House is open from 2 April 2017 until 31 October from 12pm to 4pm every day of the week except Friday and Saturday.  The House can be visited by guided tour only, usually starting at 12pm, 1pm, 2pm and 3pm.

The Sawmill Café is open from 2 April 2017 until 31 October from 11am to 5pm every day of the week except Saturday.

Garden only
Adults: £9
Children under 16 free
Please note that Garden entry is half price in March!