You Are Here:Home / Allgemein / Marqueyssac 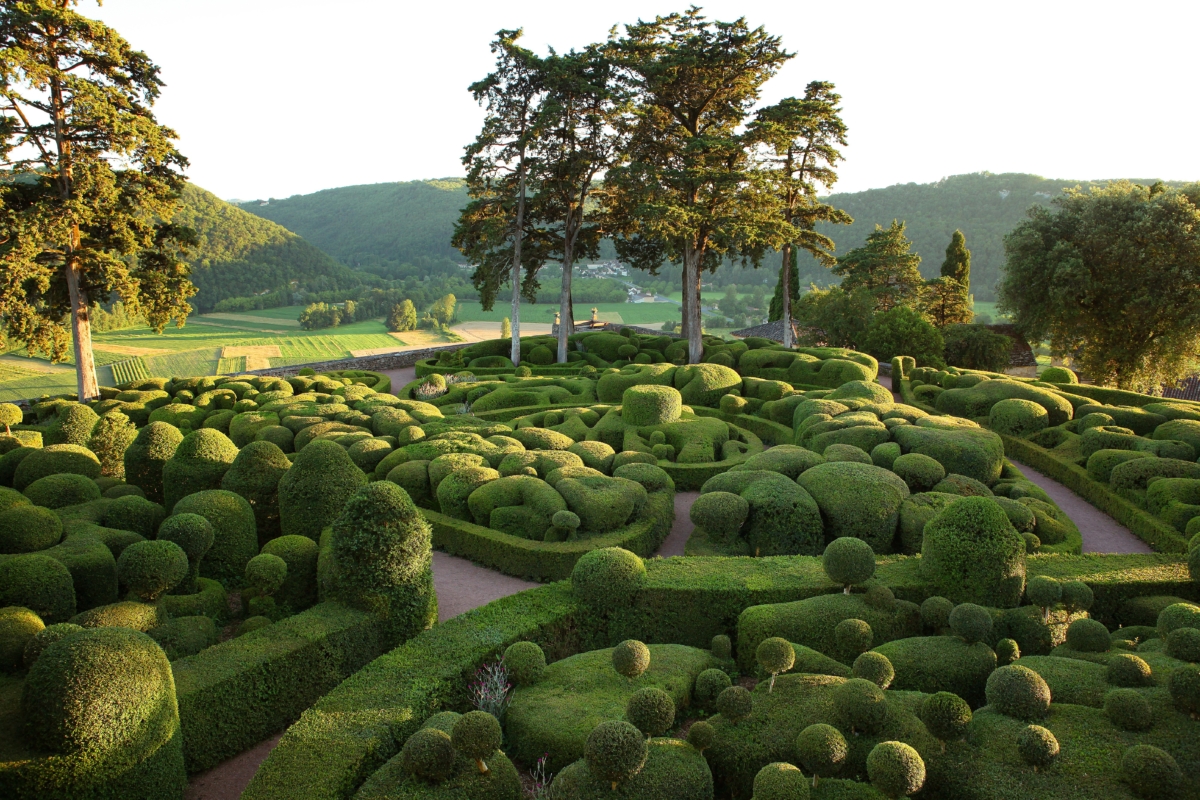 2nd Prize: “Management or Development of a Historic Park or Garden”

Château de Marqueyssac was built at the end of the 17th century, on cliffs overlooking the Dordogne Valley. The original garden “à la française” featured terraces, alleys, and a kitchen garden.

In the 1860s, the new owner began to plant thousands of boxwood trees – today there are over 150,000 – and had them carved in fantastic shapes. He added linden trees, cypress trees, stone pine, and introduced the cyclamen. He built rustic structures, redesigned the parterres, and laid out long walks.

In the second half of the 20th century the gardens were not well maintained. Beginning in 1996, the new owner, Kléber Rossillon, restored the gardens to their old character and added new features including an alley of santolina and rosemary and a course of water ending in a cascade. Open to the public since 1997, three circuits lead to the Belvedere, which is a fabulous balcony 192 meters above the river, unveiling exceptional views. Boxwood still constitutes the gardens’ main theme. They show great imagination and movement, at the expense of symmetry and regularity. These rolling characteristics and the sinuous paths give Marqueyssac softness and romanticism and the harmony with the landscape of Dordogne Valley.