You Are Here:Home / Minden 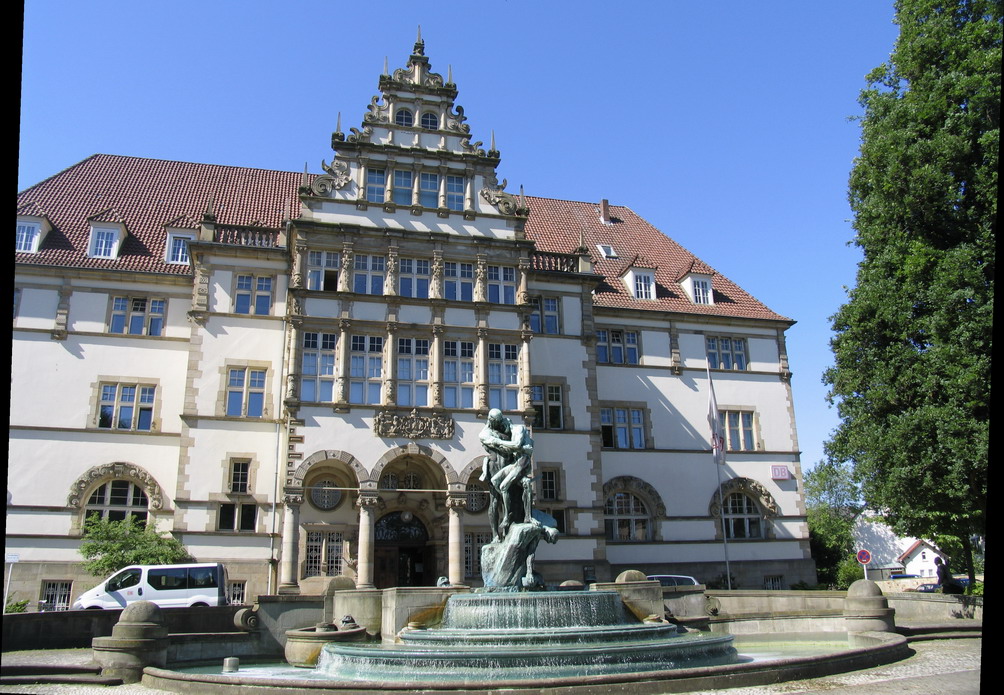 Minden owes its creation to its favourable location at a fort across the Weser and as a meeting-point of important trade routes. It is first mentioned in documents in 798 as “Minda”. The town was part of the Hanseatic league and became a fortress and garrison town for three centuries following the Thirty Years War. There is still marked evidence of this in the town.

Walking around the historical upper and lower parts of the town is like being transported back to the Middle Ages. The row of museums and the Town Hall with the oldest arcade in Westphalia are well worth a visit as is the ‘Alte Münze’ (Old Mint), one of the oldest buildings in the town. The best-known Weser Renaissance building is the ‘Hagemeyer’ house, which was built by the merchant Thomas von Kampen.

Minden Cathedral is considered to be one of the most beautiful 13th-century hall churches in Germany due to its Romanesque and Gothic styles. It was expertly rebuilt following extensive damage in 1945.

The historical fishing town with its captains’ houses and the fortress wall at the Weser are also worth seeing.

The Mittellandkanal crosses the 3-kilometre-wide Weser valley. The old canal bridge was built from 1911-1914 and was classified as an architectural monument in 1987. The 13-metre-high chamber lock links the canal and the Weser river.

The former Defensionskaserne (defence barracks) from 1829 is the earliest evidence of Prussian classicism in Minden. Its unique architecture provides the Prussian Museum of Northrhine-Westphalia with a suitable setting for its exhibition on the history of the region. The diversity of relations between Brandenburg-Prussia and its Westphalian provinces are shown here.