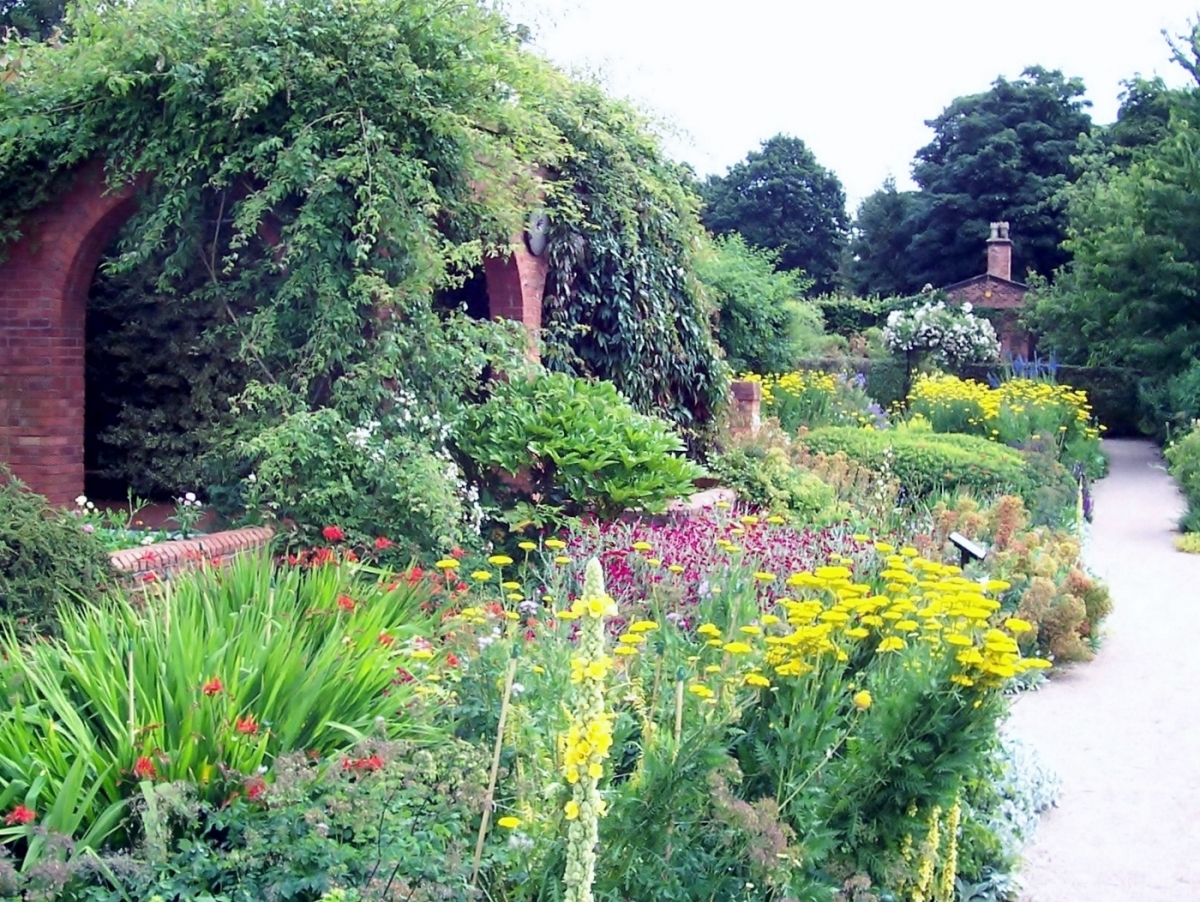 The spectacular twelfth century ruins of Norton Priory are complemented by the beautiful 1ha Georgian (18th century) walled garden. The medieval monastic herb garden captures an essence of the site’s past use. The monastery became disused and derelict during the reformation, and it was the purchase of the grounds in 1545 by the Brooke family, who gave the grounds a new lease of life.

The walled garden is probably the feature for which Norton is so famous. It was built near to the Tudor mansion constructed by the Brooke family in around 1770, and its supply of fresh fruit and vegetables helped ensure the estate’s self-subsistence. The garden was restored in the 1980s and it is arguably now one of Cheshire’s best kept secrets.

Norton Priory was originally founded in Runcorn in 1115 by the Second Baron of Halton, William Fitz Nigel. Some 19 years later, the Priory was moved to its present site in Norton and over the following four centuries it became increasingly wealthy and acquired large tracts of land.

These assets allowed the Priory to gain abbey status around four hundred years after it was established. This, however, was not enough to protect Norton from its eventual fate during the dissolution of the monasteries – and it became one of the first to be affected when the process began in 1536.

In 1545, the Priory was purchased by the Brooke family, who built a Tudor mansion within Norton’s grounds. This house was later replaced by a Georgian manor house, around which were planted extensive areas of gardens – these included 6ha of woodland gardens that were established in the 1760’s.

Although the house, derelict and overgrown, was demolished in the 1920s, many garden features remain. Highlights include a laburnum tunnel and two stone Georgian summerhouses, as well as a rock garden and various modern sculptures.

Nearby is the attraction for which Norton is most widely recognised, its walled garden. Built around 1770, to grow fruit and vegetables for the Brooke family – the garden became disused during the early 20th century. Restoration began in the 1980’s and it is arguably now one of Cheshire’s best kept secrets, growing an eclectic mix of traditional and unusual flowers, herbs, fruit and vegetables.

The substantial shelter provided by the perimeter wall and surrounding trees, as well as an extensive covering of fertile black soil contributes to a microclimate which promotes and aids growth. Although not a strict reproduction of a Georgian garden, it does include 61 varieties of roses, adjacent to herbaceous borders inspired by 20th century plantswoman and famous designer, Gertrude Jekyll.

The newest feature at Norton is their recreated herb garden. Its layout is based on that of a garden at the Swiss monastery of St. Gall, dated around 820AD. It comprises eight rectangular beds, enclosed by a fence of woven willow hurdles. The beds have been planted herbs the monks at Norton would have known. These consist of culinary varieties including thyme, rosa mundi and coriander, medicinal herbs such as lungwort, lovage and mandrake, as well as plants used for dying fabrics ranging from agrimony and betony to woad and rosa alba. The restoration work at Norton Priory was featured during 2005 on the BBC programme ‘Hidden Gardens’. 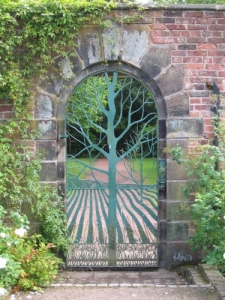 Events, exhibitions: Variety throughout the year including Mammal Trapping with the Priory’s ranger [see website for details]