You Are Here:Home / Gardens / Polesden Lacey 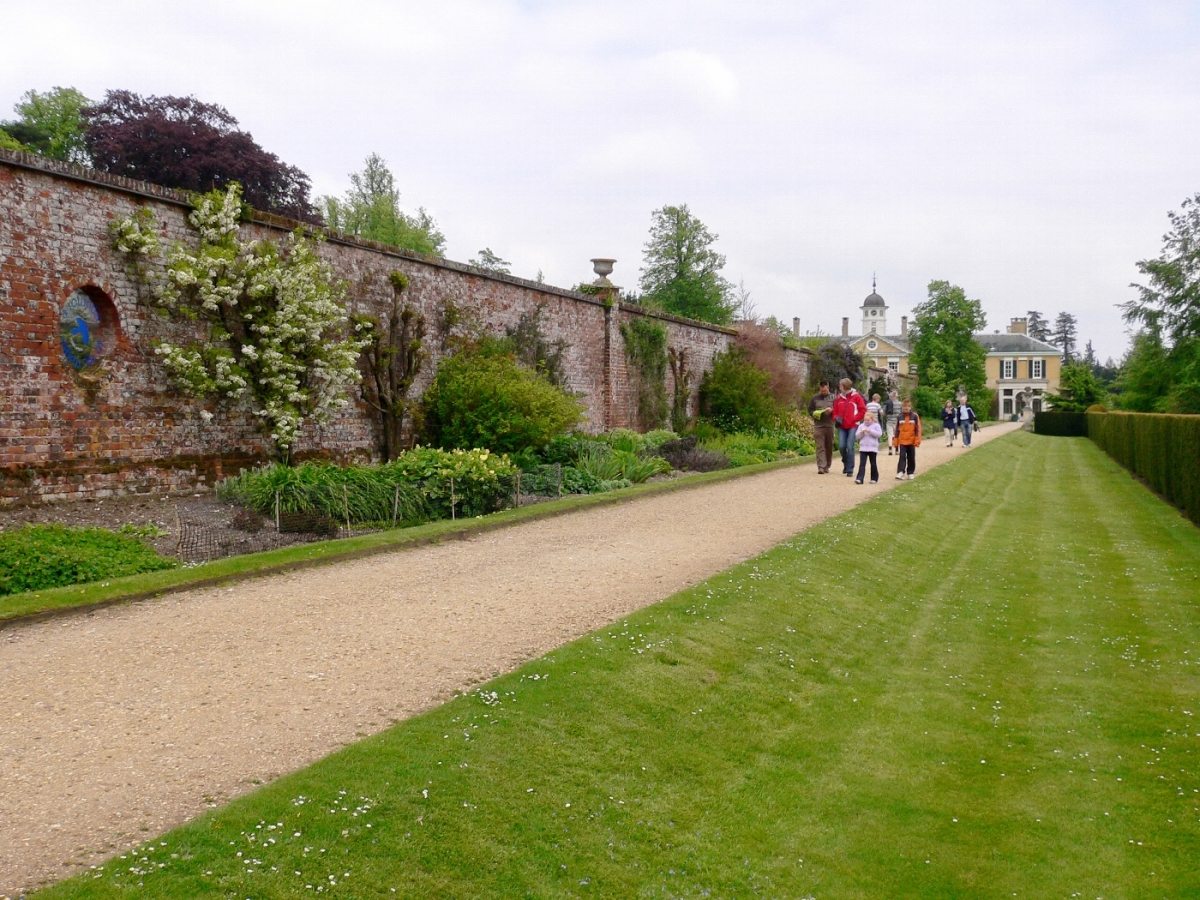 Polesden Lacey is a yellow washed Regency villa, surrounded on all sides by beautiful gardens and standing in 600ha of downland and ancient woods. The house is situated on high ground with fine views from the south terrace across the park-like landscape. The present mansion, begun in 1821 was purchased by Captain the Honourable Ronald Greville and his wife in 1906. Sadly he died in 1908 but his wife lived at Polesden Lacey until her death in 1942. She was a famous society hostess and entertained royalty and the rich and famous at her suitably elegant and well managed estate.

The gardens around the house included formal rose gardens enclosed by yew hedges and a rockery on the south-facing hillside below the south terrace. The Long walk, which runs eastward from, the house terminates in a Doric portico, which was removed from the house. Mrs Greville bequeathed Polesden Lacey to the National Trust in 1942 as a memorial to her father, the Right Honourable William McEwan.

In addition to the house and its gardens, and an estate of 450ha, Mrs Greville left an endowment and her collection of pictures and other works of art. It was her wish that the house should become a museum and picture gallery and she wished the grounds to be open to the public.

There has been a house at Polesden Lacey since at least the 12th century. The Sheridan family purchased the estate in 1797 and the house was in ruins by 1814 when Richard Brinsley Sheridan, the playwright and politician pulled most of it down with the intention of rebuilding it. However, it was left to Joseph Bonsor, a stationer and bookseller, who purchased the estate in 1818, to rebuild the house to the designs of Thomas Cubitt. Bonsor was also responsible for planting thousands of trees and renovating the garden, park and estate. Sir Walter Farquhar purchased and enlarged the house between 1853 and 1870; the house was later rebuilt in 1903-5 by Ambrose Poynter for Sir Clinton Dawkins who owned Polesden Lacey between 1902 and his death in 1906. Architects Mewes and Davis were commissioned by the Grevilles to alter the house in 1906.

The principal rooms of the house are open to the public; the remainder of the house is used as the regional offices of the National Trust.

The gardens and pleasure grounds surround the house, the west lawn contains a number of scattered trees and to the north of the lawn is the pets’ graveyard. To the west of this is Mrs Greville’s Grave in an enclosure surrounded by yew hedges with 18th century statuettes of the Four Seasons along the north side. The west lawn leads to a series of early 20th century flower gardens which were laid out in the former early 19th century kitchen gardens and include a Rose, an Iris, a Lavender and a Winter Garden. The firm Cheals of Crawley who worked here in the early 20th century carried out work to these gardens. The Rose Garden contains a wooden pergola planted with rambling roses and a fine 14th century wellhead at the centre.

A further walled garden beyond has a southern wall pierced with circular windows to allow views to and from the south and was added by Mrs Greville in 1912. Beyond the second walled garden is a Winter garden with trees under planted with winter and early spring flowering bulbs and shrubs. A long herbaceous border runs along the south wall of the walled garden. To the south of the border are a croquet lawn, and a sunken garden and rock garden at the western end. Paths lead through the Sunken Garden to the South Lawn site of an early 20th century fountain and flower garden commissioned by Captain Greville, grassed over in the late 20th century.

A yew hedge on the southern boundary continues east along the c500m long terrace known as the Long Walk, which was started in the 1760s and extended in c1800 by Sheridan. The Walk runs from west to east and is retained by a limestone rubble wall with the yew hedge standing above the ha-ha. At the western end is a pair of stone columns and the Walk continues past seats and statuary, terminating at six tall Doric columns, part of the house, which were placed there in 1903.

To the north is the Nun’s Walk which runs parallel to the Long Walk, at the eastern end of which is an open-air theatre, constructed in 1951, used every summer for theatrical events such as performances of Shakespeare’s plays or Gilbert and Sullivan operettas. 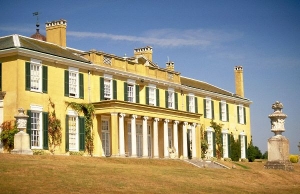 Opening times:
Open every day all year 10–5*
*House: opens 11; weekday access 11 to 12:30, by guided tour only; freeflow from 12:30 (admission by timed ticket at certain times). Last entry one hour before closing.
1 January to 2 February and 2 November to 31 December: closes 4. Closed 24 and 25 December. House (or part of house) may close occasionally for programming set up or conservation.
Please use interactive information, available on NT website:

Events, exhibitions:
There is a programme of events throughout the year
Croquet lawns and equipment for hire from house (book in advance)