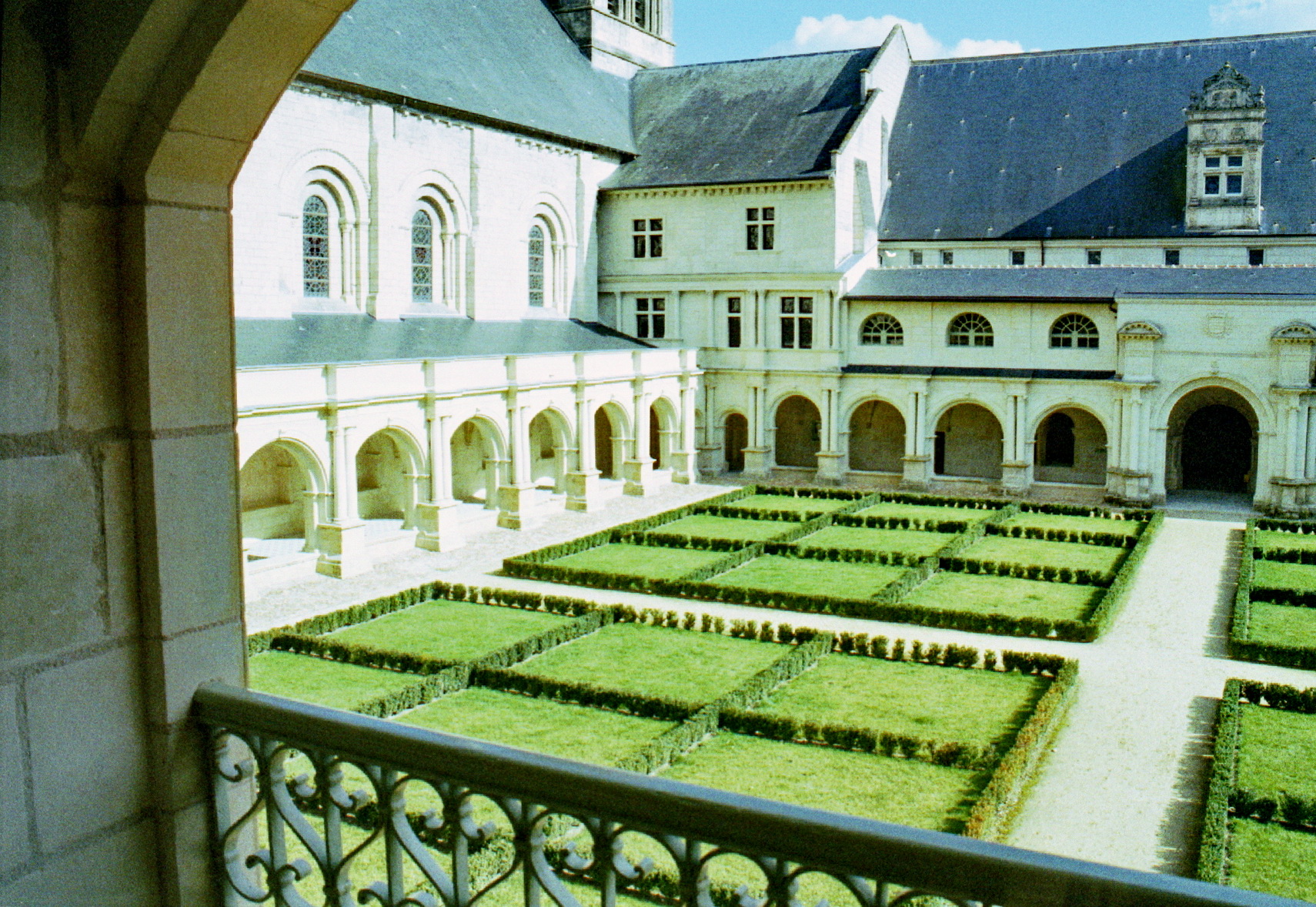 Fontevraud royal abbey is one of the largest and best-preserved (i.e. reconstructed) monasteries in Europe. It was founded at the beginning of the 12th century and extended and changed throughout the centuries. The monastery complex combines impressive Romanesque architecture with buildings in the Gothic, Renaissance and other architectural styles.

While visitors often visit the cloister of Grand Moûtier first, the actual heart of the abbey is the abbey church. The interior of the church is characterised by the white limestone which is typical of the Saumur region. Particularly striking are the four stone figures on the tombs of Henry II Plantagenêt, Eleanor of Aquitaine, Richard the Lionheart and Isabella of Angoulême.

The chapter house, the refectory, the dormitory, the monastery hospital, kitchens and the priory building as well as the various gardens give an excellent impression of spirituality, everyday life and husbandry at Fontevraud.

The Centre Culturel de L’Ouest, which uses the abbey as a cultural centre, provides further information in acoustic and video installations on the history of the monastery, the period when it was a prison and the time of its revival. The “digital fresco” in the refectory is particularly impressive.

Nine centuries of history to life are brought to life so successfully on this approximately 14-hectare site in the Loire valley that the monastery has been declared a World Heritage Site by UNESCO.