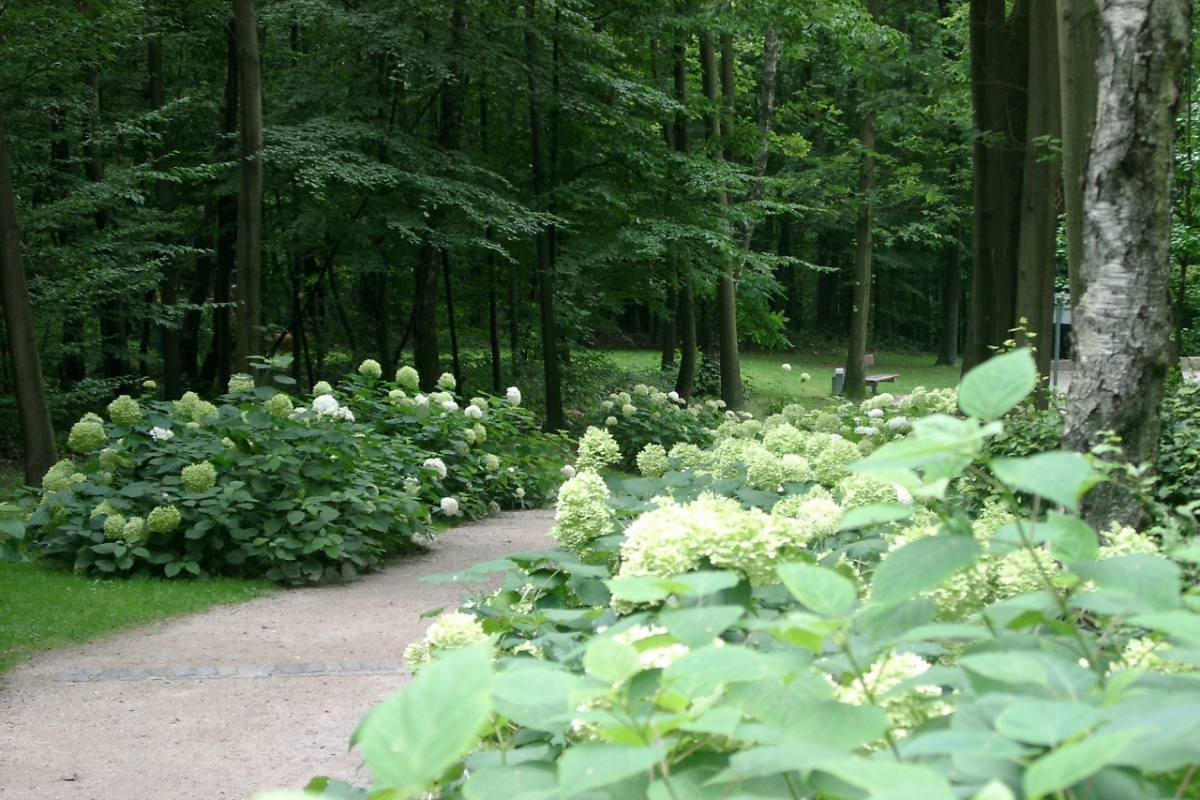 In 1969, the architects were given 32 hectares and four years to create the Revierpark Vonderort on the “ruins” of a municipal park in the spirit of the turn of the century.

A four-kilometre nature trail leads to the quiet, semi-natural areas, which are especially charming in the autumn and winter, but also to areas for summer activities: open spaces for sports, a lake for rowing boat and pedal boat rides, a mini golf area, a water playground and a place for playing bowls. Visitors are also invited to enjoy the many “wellness” options on offer.

In the adjoining Gesundheitspark Quellenbusch, which was created for the International Building Exhibition (IBA), visitors can rest both mind and body while restoring their energy. Vegetable, medicinal, and herb gardens, a health pyramid, an energy spiral and an energy labyrinth, a meditation garden and a Kneipp centre provide an atmosphere of balance and harmony for body, spirit and soul. The health centre building, which also houses a cafeteria, is a transparent structure which allows the natural world to enter from the outside while simultaneously announcing its philosophy to the external world.

A walk through the landscaped spaces, gardens, structures and other attractions of the Revierpark Vonderort and the adjoining Gesundheitspark Quellenbusch (a specific health park) is also a walk through the history of parks in the Ruhr area.

The Revierpark Vonderort is always worth visiting. A four-kilometre nature trail leads to the quiet, semi-natural areas, which are especially charming in the autumn and winter, but also to areas for summer activities including open spaces for sports, a lake for rowing-boat and pedal-boat rides, a mini-golf course, a water playground and a place for playing bowls.

In the Gesundheitspark Quellenbusch, visitors of this health park can rest both body and mind while restoring their energy. Vegetable, medicinal, and herb gardens, a health pyramid, an energy spiral, a movement labyrinth, a meditation garden and a Kneipp centre provide an atmosphere of balance and harmony for body and soul. The health centre, which also houses a cafeteria, is a transparent structure that allows the natural world to enter while simultaneously announcing its philosophy to the outside world.

History of urban parks in the Ruhr – the Revierpark Vonderort

The large industrial cities that emerged from the market towns of the Hellweg zone (the southern area of the Ruhr) were not the only urban centres to create municipal parks. This was also true of the small towns shaped by the highly industrial era at the close of the 19th century. By creating such parks, they created the foundation of the modern inner city green spaces, which are so important for residents today. In the 1920s, one of these small industrial towns, Osterfeld, which is today a part of Oberhausen, leased the town woods and held a competition for the design of a forest park. While the park’s initial aim was to represent and to emphasise the town’s status, in keeping with the earlier tradition of the turn of the century, certain elements of design and function from the Volksgarten (People’s Park) movement played an indispensable role. A clear layout and spaces for sport and relaxation complemented the romantic landscape features and wooded areas.

During the Second World War, bombs destroyed the Waldhof house in the park. Later, ground water leaked into the area due to subsidence and the park thus went into decline during the post-war period. In 1969, a new era started for the park when it became the location for the third Revierpark in the Ruhr area: Revierpark Vonderort.

The folk name “Revierpark“ reflected the heritage and location of all these new parks (“revier” being a common term in the coal mining industry), and has become a brand name for a new park concept in the Ruhr area. Whilst new ideas and concepts were included, target groups, programmes and some design ideas are similar to those of the Volksgarten movement (People’s Park) of the 1920s. The parks were planned in the most densely populated and least attractive parts of the Ruhr area – the Emscher zone.

The architects of the Revierpark Vonderort were given an area covering 32 hectares in order to plan a modern park on the “ruins” of the old municipal park which had been created in the spirit of the turn of the century.

Indispensable elements of all Revierparks were considered to be:

A passage from the invitation for tenders for Revierpark Vonderort illustrates how adamant the “parkmakers” of the period were about their concept of providing an attraction for the whole family. Today, the text almost reads like an anecdote:

“The Revierparks should provide the most varied facilities for the most differing social groups and age groups. These facilities include, for example, water playgrounds, children’s motorways and paddocks, but also hobby garages with a car wash and areas for repairs. We do not want a visit to the park to fail because a family member wants to repair or wash the car.”

The creation of small commercial zones for entertainment led to controversial discussions with regard to the overall project description and planning of the parks. When one looks at the dimensions and totality of commercial amusement parks today, the problem seems rather amusing. Even so, parts of these zones were reduced in scale at an early stage.

In 1973, Revierpark Vonderort was opened to the public. Since then the park has grown and changed constantly from generation to generation. Only the buildings and the technology have aged. The swimming facilities from the 1970s were replaced in the 1990s. A wide variety of modern day “wellness” treatments has taken the place of provident movement therapy. The park itself is constantly growing and changing with its visitors. The old woodlands, open spaces for games, sports areas, paths, and newly planted trees have grown together to form a unified structure.

The proximity of Revierpark Vonderort to the residential areas of the core zones of the Ruhr area has made the park an indispensable feature of everyday life and culture here. It also plays a significant role in the peaceful co-existence of the many different ethnic groups who live in the Ruhr area.

Old gravel and sand pits near the park provided potential for expansion as far back as the 1920s and also later during the planning of the Revierpark. It was thus only logical that these disused gravel and sand pits as well as old dumping grounds should be included to enlarge the area by 10 hectares for the Internationalen Bauausstellung EmscherPark (IBA) (International Building Exhibition) and for the realisation of another modern park, the health park Gesundheitspark Quellenbusch.

The concept of the Revierpark, which has been continually modified over the years, and the new concept of the Gesundheitspark Quellenbusch complement each other and have merged in an ideal manner. Both ideas focus on outdoor exercise.

The health pyramid is located at the highest point of the Gesundheitspark. From here, a striking path provides an optical and physical link between the two areas of the park on either side of the road. 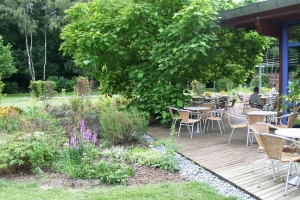 Opening Times:
The park is permanently open all year round

Cultural Programme and Exhibitions:
Current information on the cultural programme can be found at www.revierpark.com

General map and further information on the park: