You Are Here:Home / Allgemein / Rundāle Palace 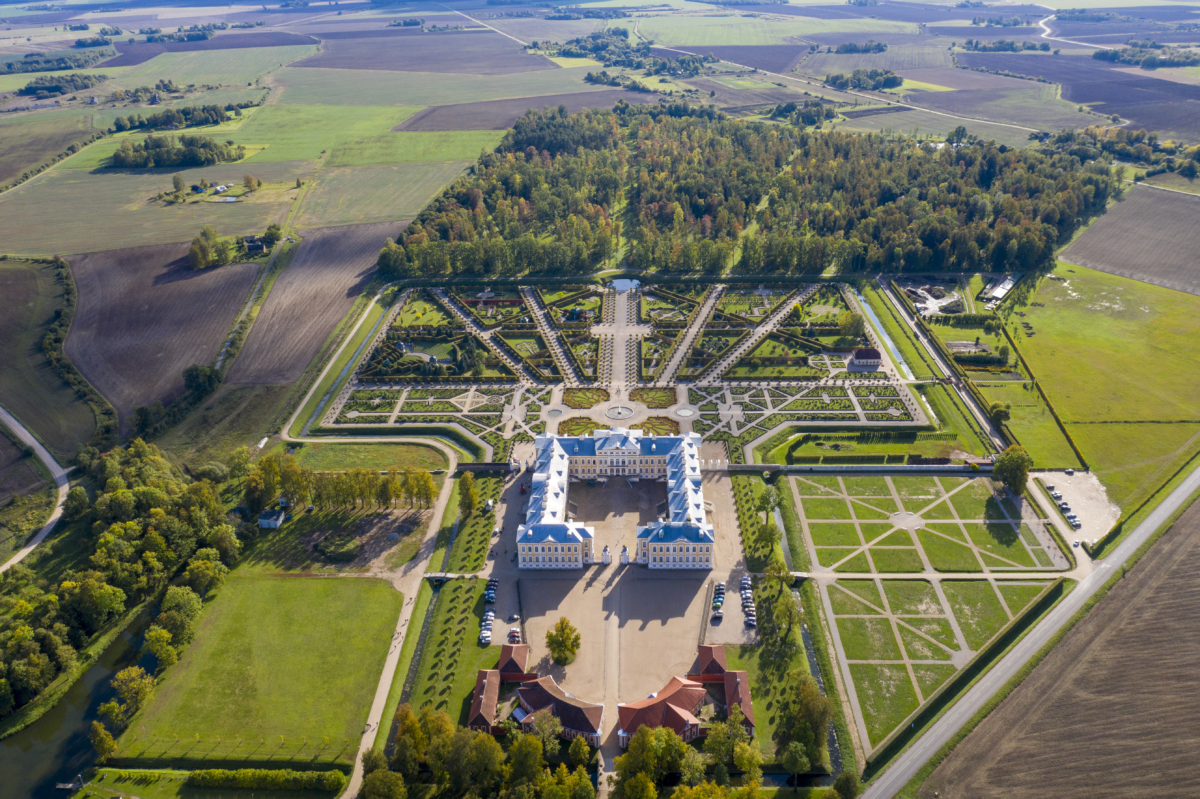 The grounds of Rundāle Palace amount to 85 hectares including the French Baroque Garden, which covers 10 hectares. Based on a layout by Francesco Rastrelli, the garden was created by Christopher and Michael Weyland between 1736 and 1740. The garden borders a former hunting park to the south and agricultural land to the north.

The renovation was implemented in several stages: trimming of overgrown trees, restoration of paths, replanting of trees and bushes, restoration of bosquets surrounded by hedges, installation of arbour passages or pergolas, reconstruction of ornamental parterres, pools and fountains, restoration of the Gardener’s House. Rastrelli’s design did not give a specific bosquet filling, but it shows pavilions. Therefore, samples of baroque gardens were considered in the creation of the bosquet fillings, including the creation of a labyrinth and pavilions.

In 2004, the Green Theatre was opened. In 2005, the rose garden (1 ha) on both sides of the ornamental parterre was commenced. It contains 2,300 rose varieties, including 600 historical varieties. The restoration of fruit tree orchards commenced in 2018. Lists of plants used in the gardens and thematic exhibitions are shown in the Gardener’s House.