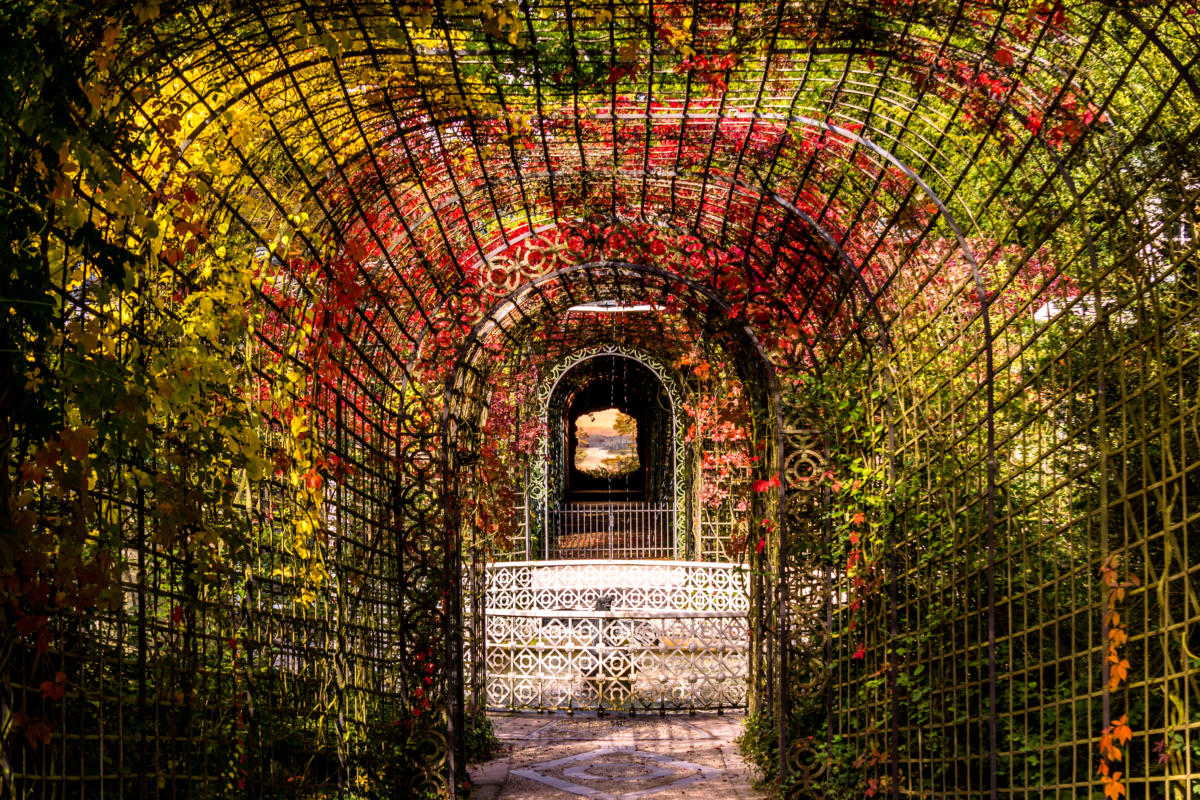 The laudation by Ronald Clark for Schwetzingen here as PDF!

Schlossgarten Schwetzingen (Schwetzingen Castle Garden), with its perfect combination of geometric and landscape style, is one of the masterpieces of European garden design.

In the 18th century, Elector Carl Theodor von der Pfalz expanded the garden of the summer residence in the French Baroque style. In 1753, Johann Ludwig Petri designed the parterre in the middle of a circular space enclosed by circular buildings and arcades. The main axis was lavishly decorated with flower borders, water features and hedges. Later, Nicolas de Pigage succeeded in significantly expanding the garden and furnishing it with sculptures and refined garden architecture such as the garden mosque and the Mercury Temple. In addition, Friedrich Ludwig von Sckell realised in Schwetzingen one of the first English landscape gardens in Germany.

The European Garden Award recognises in particular the theoretically well-founded and exemplary measures of recent years, such as the replanting of the elm quincunx and the bosquet on the basis of plan overlays, excavations on former paths, the analysis of stone settings and the use of poplars and spruces at the Mercury Temple, or the replanting of the tree nursery with, among others, beech trees of various provenances. Finally, Schwetzingen also has a leading position in the issue of historical gardens and climate change.