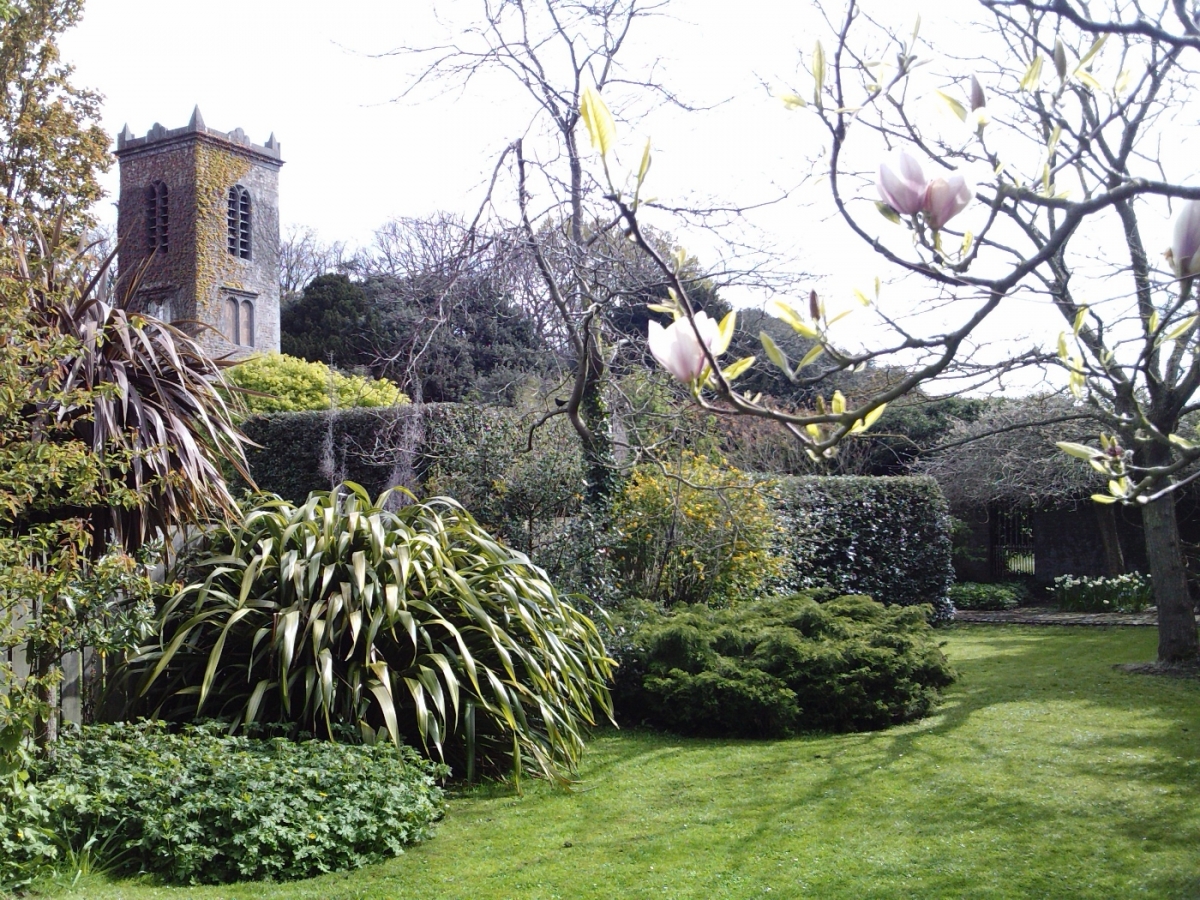 One of the former homes of the Guinness family

Visitors to St Anne’s will be able to step back into history and to stroll through the parkland landscape that was once a rural estate on the perimeter of the city. The layout of St Anne’s is typical 17th century English park land design with rolling lawns and rides with a background tapestry of tree planting, in this case heavily relying on Evergreen Oaks and pines. Typical to this idealised landscape are its Arcadian illusions: in St. Anne’s they include eleven garden follies following the path of the Naniken River.

Lady Olivia, the wife of Arthur Guinness, being an admirer of the French style of houses and gardens, incorporated the main avenue running westward lined with Austrian Pine and Holm Oak. The remains of other grand allées still echo in the park and provide strong landscape elements all year round due to their evergreen qualities.

St. Anne’s also boasts a renowned Rose Garden which was opened to the public in 1980 and since 1981 it has been a centre for International Rose Trials.

To celebrate Dublin’s Millennium year in 1988, the Parks Department in co-operation with the Tree Council of Ireland, initiated the Millennium Arboretum. Consisting of 16 acres, the arboretum is planted with over 1000 types of trees and was sponsored by 1000 participants. More recently, improvements to the park include the refurbishment of the Red Stables, providing an Arts Centre and Restaurant and new entrance gates and piers at the end of the Main Avenue.

Historical events have informed the design and layout, management and functional use of St Anne’s Park since the establishment of the Guinness estate in the 1830s. Today, St. Anne’s is one of the few remaining examples of a demesne in Ireland.

The resulting landscape is classical English park land with a more intensively maintained area adjacent to the family residence. The original layout of the estate took full advantage of views out to the Sea and from the original Guinness mansion views were framed with tree planting and follies out to Dublin Bay.

Benjamin Lee Guinness was interested in ancient monuments of classical Rome and compared the panoramic views from St .Anne’s of the Dublin and Wicklow mountains to the bay of Naples and Mount Vesuvius. Italian and French influences are clear in his design of the layout and detailing at St Anne’s. Numerous follies were erected in the 1850s and 1860s including a Pompeian Water temple over a man made lake formed by damming the Naniken River. Overlooking the lake an idealised Herculanean Temple was built which doubled up as a tea room for the family. The remains of such can still be seen to day. Following the ideal that is the Arcadian landscape, follies in the form of grottoes and bowers, a gothic bridge, a secluded hermitage and a druidic circle of basaltic rocks taken from the Giants Causeway were created along the Naniken all of which can be seen today.

Around 1873 the now demolished family mansion was remodelled by the architect James A. Franklin Fuller. This provided the opportunity for Lady Olivia, the wife of Arthur Edward Guinness, oldest son of Benjamin Lee, to redesign the ground around the house and estate. The following years the estate was significantly enlarged and during this period the now Lord and Lady Ardilaun extensively planted the parkland with Evergreen Oak and pine to provide shelter from the sea and created grand allées radiating from the house. The Holm Oak and pine avenues laid out by the Ardilauns are clearly seen today. These include the main Avenue, Simpson’s walk and the avenue to all Saints church, which is still within the park boundary.

One of the notable features in St Anne’s is a 6 hectare oval Rose Garden which was officially opened in July 1975 and during the summer months it is a riot of colour. The garden has more than 25,000 rose plants, grouped according to type: hybrid tea, floribunda, patio, ground cover, climbing, shrub and old cultivars with a special section reserved for the prestigious International Rose Trials. Dublin is one of the few cities hosting trials with the newest unnamed varieties of roses judged by a jury of local and world rose experts each year. Across the main avenue is the garden of miniature roses, completed in 1986. Every year, in honour of the international trials, St. Anne’s hosts its Summer Rose Festival for all the community and visitors to enjoy.

Olivia and Arthur Edward had no children and the estate was inherited by the nephew of Arthur Edward who was Bishop Benjamin J. Plunket. He and his family maintained the estate and added the walled fruit garden in the 1920s. This has long since faded and it has become the Parks Dept nursery. The enclosed garden is now in the process of being converted into a community garden and allotments for the local community.

St Anne’s has the advantage of having the Naniken River flowing through it. This small water course provides a river side walk through an eroded cut which is now wooded and dotted with garden follies. Architectural historians and archaeologists have been commissioned by Dublin City Council to conserve and restore – if necessary – all the follies in the park. These include a small shell house which resides in the Miniature Rose Garden which at one stage appears to have doubled up as a fernery.

The historical background of St. Anne’s Park forms the basic layout, management and functional use of the park in the present day. Centuries of human intervention, from the early medieval Holy Well, which gives the park its name, to the follies of the mid 19th Century have left a legacy of curiosities to be enjoyed. The discovery of these architectural treasures and the exploration of the great Holm Oak and Pine Avenue and woodlands around them are significant factors contributing to the popularity of St Anne’s Park.

It has become clear in recent research that St Anne’s was the origin of a number of plant cultivars and varieties that at present are being traced throughout the world. All except the Lobelia cardinalis, “The Bishop” and the Rose Souvenir de St .Anne’s have been lost from the park. Contacts are and will be made with other botanical bodies and private nurseries internationally to retrieve lost friends. 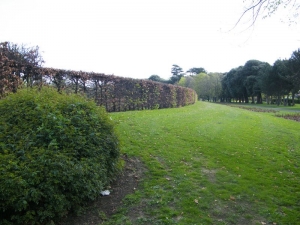