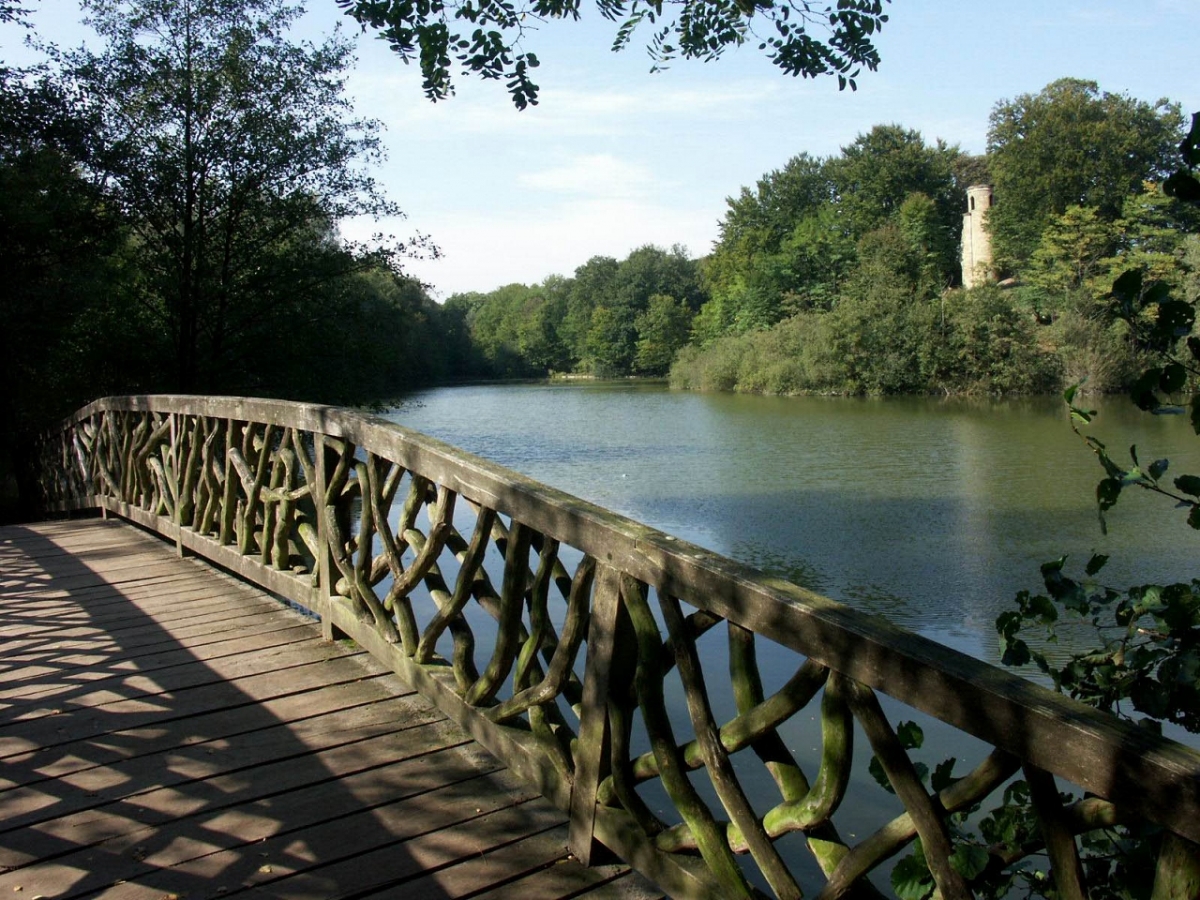 The Steinfurter Bagno is one of the most extraordinary garden creations in the Münsterland and in North Rhine-Westphalia. In the park’s heyday in the 18th century, the then spectacular attractions brought numerous visitors from far and wide to Count Bentheim-Steinfurt’s castle. By contemporary standards, “the Bagno“ was a precursor of our modern amusement parks, with a sophisticated programme of entertainment.

Today, there are attempts to revive the park to its former glory. The famous concert gallery has been elaborately restored and the new interpretation of the former Baroque design of the 50-hectare park gives visitors a sense of its historical significance. In spring 2003, the “Große Allee“ was replanted with four rows of chestnut and lime trees. The modern design of the “Bagnoquadrat” invites an increasing number of visitors to linger and amuse themselves or to go on a boot trip on the nearby lake, a popular activity in the past.

Together with the castle, the picturesque centre of Burgsteinfurt, and the nearby Kreislehrgarten, the Bagno’s extraordinary history and renewed attractiveness make it an enjoyable place for everyone who is interested in (garden) culture.

A historical amusement park reflected in a modern mirror

The Steinfurter Bagno, which is situated at the edge of the historical town centre of Burgsteinfurt, is one of the most extraordinary creations of garden design in Westphalia. The large park to the south-east of the Wasserschloss der Fürsten von Bentheim-Steinfurt (Moated Castle of the Counts of Bentheim-Steinfurt) received its name from the small bathing house (ital. ”il bagno“) built there in the mid-18th century. At one time, numerous attractions brought visitors from far and wide to admire the park.

Today, there are attempts to revive the park to its former glory. The new interpretation of the former Baroque design of the 50-hectare park gives visitors a sense of its historical significance

The heyday of the once very stylish park was the period between 1765 and 1820. The story of the Bagno starts with the reign of Count Karl Paul Ernst zu Bentheim-Steinfurt.

Full of enthusiasm for the parks he had seen on his travels through France, the count started the design of an extensive Baroque park which stretched far into the neighbouring forest in 1765.

The count also planned a summer residence with a geometrical garden some distance from the castle. An existing forest path was widened to form a “Grand Avenue” running through the park in an eastward direction for more than a kilometre. This grand avenue was replanted with four rows of chestnut and lime trees in 2003 to make the park more attractive to visitors today.

The small bathing house which gave the park its name originally stood near the location of today’s Bagno restaurant. Count Karl built his summer residence here in the form of a small “pleasure house”.

The Baroque landscape garden called the “Bagnoquadrat” was thus created right in the middle of the forest. This geometrical garden featured hedge walks, flower gardens, a small waterfall and aviaries for birds. Unfortunately, very little remains of the original Bagnoquadrat apart from a few old trees. In 2004, its historical square form was recreated using modern materials.

A magnificent concert hall was completed at the end of the “Grosse Allee” in 1774. The concert gallery, which was the first free-standing concert hall to be built in Europe, is the oldest original building in the Bagno. The path which originally stretched into the forest from the north east side of the gallery and which over the years had become totally overgrown, was also redesigned and restored in 2004.

Above all the many different attractions brought the Bagno widespread fame. The park was transformed into a true amusement park and both the local population and visitors from all over Europe flocked to it to experience Greek and Roman temples, a Turkish mosque, various Oriental and Chinese miniature buildings, bridges and specially landscaped areas

In 1787, there were thirty-nine such buildings and sights in the park, which were the scenes of festivals, concerts, games, plays and fireworks displays. Boat trips on the small lake were also possible. By contemporary standards, the Bagno was a precursor of our modern amusement parks, with a sophisticated programme of entertainment.

The big fountain, at the time the largest in Westphalia, was of particular interest. The remnants of this masterpiece of technology can still be seen in the form of the fountain pond in the woods. Count Ludwig, who succeeded his father in 1780, was responsible for building this fountain and the change in generations also brought further extensive changes to the park.

Ludwig was especially dedicated to extending the Bagno lake and during this period, the five small islands on the lake took on their final shape. Widely visible romantic landmarks were built on the Ruineninsel(ruins island) and the Rotundeninsel (rotunda island) whereas beautiful gardens were created on theRoseninsel (rose island) and the Blumeninsel (flower island). On the Arioninsel on the south side of the lake, the earth that had been excavated to create the lake was used to model an attractively designed mountain from which a waterfall cascaded. To reach the Arioninsel, the visitors had to cross both a chain bridge and a wooden bridge. Both bridges have survived to the present day and contribute to the atmospheric character of the park.

The slow decline of the Bagno commenced when Napoleonic troops invaded the county in 1806. Count Ludwig remained in France for many years and the county of Steinfurt fell to Prussia in 1815. Having lost sovereignty of his land, Ludwig did not return to Steinfurt until 1817, the year in which he died. As the economic situation had changed fundamentally, it was no longer possible to finance the park. In 1820, demolition work began on the buildings and the park was mainly used for forestry in the succeeding years.

It was not until the founding of the Münsterland golf club and the beginning of play there in 1952 that the grounds of the Bagno were used again. Today, nearly all the areas of grass are used by the golf club.

Since 1997, concerts with international stars have revived the fortunes of the completely restored concert gallery. In the next few years, it is planned to use the splendour emanating from the gallery to renew other selected areas in the park. 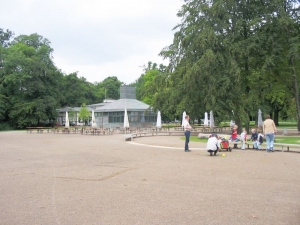 Opening Times:
Park: Open all year round
Concert gallery: Prior notice required
Castle: Only by arrangement

Cultural Programme and Exhibitions:
Festivals in the park and concerts in the gallery.